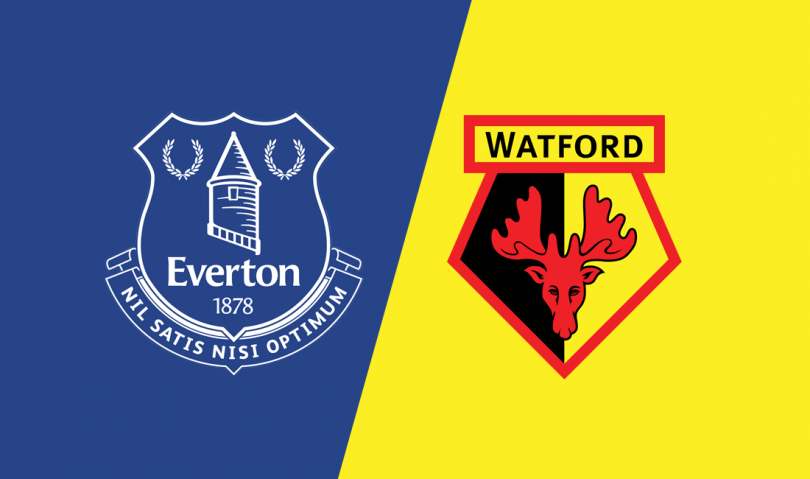 The following is a combined starting XI of Everton and Watford, based on average rating from www.whoscored.com for Premier League Games. Each player must have featured in at least five games to qualify.

The formation is a variation of 4-5-1, a tactic used by Watford five times this season. Everton manager, David Unsworth, has played with a similar formation in his three games in charge.

Jordan Pickford has arguably been one of Everton’s better players this season, and has played all 900 minutes for the Toffees, the same amount as Gomes. However, the Englishman trails the Brazilian in terms of average rating: 6.64. Gomes also has three clean sheets, compared to Pickford’s one.

| On your way to the gam

Young Jonjo Kenny has been used at right back in all three of Unsworth’s game in charge at Everton, in the absence of Séamus Coleman, but Kiko Femenía trumps his 6.63 rating. The Spaniard has also provided an assist, keeping Daryl Janmaat out of the team since Watford’s 6-0 defeat to Man City.

The Greek has two assists so far this season, and is a vital part of Watford’s team. At 33, he still bombs forward, and no doubt would have played every minute of every game, if he didn’t received a late red card against Bristol City in the EFL Cup.

Injuries to Sebastian Prödl and Younes Kaboul probably worried Marco Silva, but the form of Kabasele will definitely please him. The Belgian has started eight league games this season, and it will be difficult for Silva to drop him when the injured players return.

Keane is the best performing Everton centre back, slotting in well on the right side of a back three with Ashley Williams and Phil Jagielka. The new Everton manager looks to prefer a back four, but Keane will be confident that his return from injury will coincide with a place in the starting XI, regardless of whether the manager sticks with four, or reverts to three at the back.

The powerful midfielder has played every minute for Watford this season, and has scored an impressive four goals in those ten games. His teammate, Etienne Capoue, surprised many with his seven goals last season, four of which also came within the first ten games of the season.

A knee injury ended Chalobah’s strong start to the season, which saw him selected ahead of Etienne Capoue. England manager, Gareth Southgate, has selected a few well performing youngsters in the most recent England squad. They know each other well, and if Chalobah can get back in the team after injury, he has a chance winning his first senior cap.

Everton’s failure to replace the goals of Romelu Lukaku has been cited as the main reason they are struggling this year. Young forward, Calvert-Lewin, has two assists, but is yet to find the net in an Everton team which appears to lack a prolific striker.

The Brazilian has the highest rating of any player in both teams. He scored on his Watford debut against Bournemouth, and has three goals and two assists so far, as well as three Man of the Match awards. He arrived from Fluminense for a reported £11.2 million, and the Hornets will be hoping to keep him for a long time.

Cleverley has played in both deeper and more advanced positions for Watford this season, and his best moment has to be the injury time winning goal against Arsenal. The midfielder played 42 times for Everton, over an 18-month period, before joining the Hornets on loan in January this year. They made the deal permanent in the summer, and he’d love to get his second of the season on his return to Goodison Park.

Rooney’s return to Everton was greatly anticipated, and while nobody saw him as a replacement for Romelu Lukaku, he is currently Everton’s leading goalscorer for the season with a respectable 4 goals in 9 starts. Although many see him playing deeper in the long term, I think he’ll start up front for the Toffees in this must-win game.