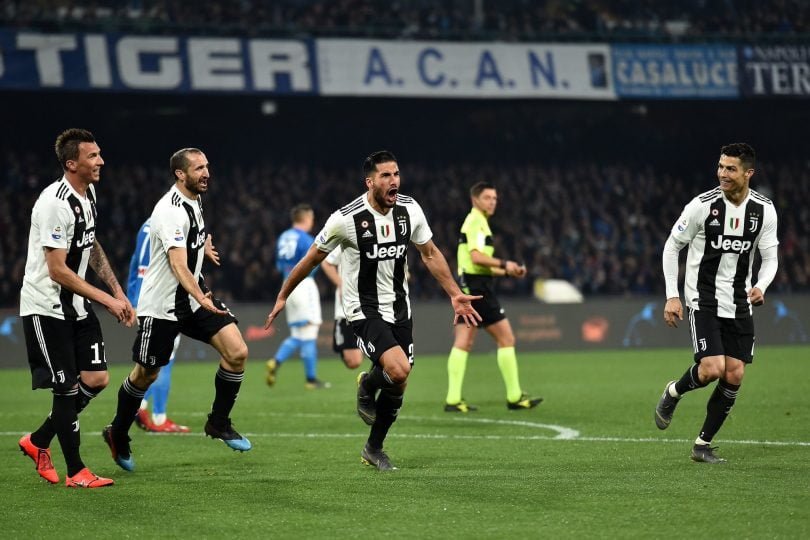 Over the weekend I watched quite a lot of European football. Here is a round-up of some of those games.

Benfica inflicted only a third defeat of the season on rivals Porto as the Eagles came from behind to win 2-1. It was a fabulous performance from the 36-times winners, who knew three points were a must if they stood any chance of winning the Liga NOS title. Porto dominated the early stages and were rewarded with a goal after Adrián’s free-kick came back off the wall and he neatly tucked the rebound away. However, Bruno Lage’s men responded well and equalised on the 26 minute mark as they capitalised on a poor set piece from the home side with João Felix emphatically finishing inside the box.

The second half was tightly contested but the away side managed to grab all three points after a neat one-two on the edge of the box between Pizzi and Rafa saw the latter cooly finish past Iker Casillas. Benfica’s first league double over Porto since the 2005/06 has seen them climb to the top of the table, with just 10 games to go. If this game was anything to go by, the title run-in is going to be an almighty close one.

A defensive masterclass from Atlético (again)

How often, after an Atlético victory, do we praise their phenomenal defensive organisation? On Sunday Diego Simeone’s men faced a Sociedad side who were unbeaten since new manager Imanol Alguacil took over at the end of December. In what was an even first half, the away side hit twice in a four minute period as on-loan striker Alvaro Morata grabbed both goals just after the half hour mark. The second 45 saw Real give a spirited display, and their hopes were boosted when Madrid midfielder Koke was given his marching orders after he received a second yellow. Unfortunately for the home side, they came up against a defence that had only conceded 17 goals all season. Captain Diego Godin used his experience well to marshall his team as they faced shot after shot against the 11 men of Sociedad.

Simeone is famous for his tactical nous and, despite the bombardment his side faced in the second half, he witnessed Atletico earn their 13th clean sheet of the season to stay in the title hunt.

Juve win one of the games of the season in Naples

3 goals, 2 red cards, a (controversial) VAR awarded penalty, this game had it all. When Napoli goalkeeper Alex Meret saw red for taking down Cristiano Ronaldo in the 25th minute and then Miralem Pjanic scored the resulting free-kick, boss Carlo Ancelotti must’ve feared the worst. However, his sides reaction to going both a goal and a man down was honourable. Napoli, defending an unbeaten home record, continued to press Juventus and hit the post through midfielder Piotr Zielinski. It was the away side who scored next though as Emre Can headed home to double Juve’s lead. At half time this looked an impossible task but Gli Azzurri were given a lifeline one minute into the second half as Pjanic went from hero to villain and received a second yellow for a handball. Napoli seized this opportunity and halved the deficit after an hour, with José Callejón finishing from close range.

What followed was an entourage of attacks as the home side looked to complete an unlikely comeback. The league leaders could not string two passes together and the pressure finally showed as they conceded a penalty in the 83 minute – albeit in controversial fashion. Referee Gianluca Rocchi deemed Alex Sandro had handled in the box and, after consulting VAR, awarded the spot kick. The decision seemed harsh as Sandro was so close to Fábian when he played the ball against the Brazilian but nevertheless Napoli had the chance to draw level. Up stepped newly-appointed club captain Lorenzo Insigne but he could only hit the post. There were heated scenes in the last few minutes but Juve managed to hold on to extend their lead over Napoli to 16 points.

Not only do Barcelona now have the most wins in the El Classico, but they also became the first team ever to win four consecutive games at the Bernabéu after their victory on Saturday night. Ivan Rakitic’s deft dink over Thibaut Courtois in the 26th minute was enough for the Catalan club to earn their second victory in 72 hours in the capital. The 179th El Classico wasn’t one of the greats, granted it still had its fiery atmosphere, but with Real’s downfall this season they just never looked likely to get anything from the match. Bale was poor again. Isco and Asenjo seem to be forgotten men and were once again left on the bench. Benzema isn’t the striker he once was (he was never world class anyway) and now Los Blancos find themselves out of the title race, out of the Copa del Ray and with a real problem to deal with.

This defeat left Madrid an incredible 12 points off first place in La Liga. Seriously concerning times at the Bernabéu. For Barca on the other hand this was a huge step towards title number 26. Despite their rival’s woes this is never an easy game to win, but they did so and went about it in a very professional manner. Atlético Madrid are still lurking in second but with a seven point buffer between them, my money is certainly on another La Liga title heading Barcelona’s way.