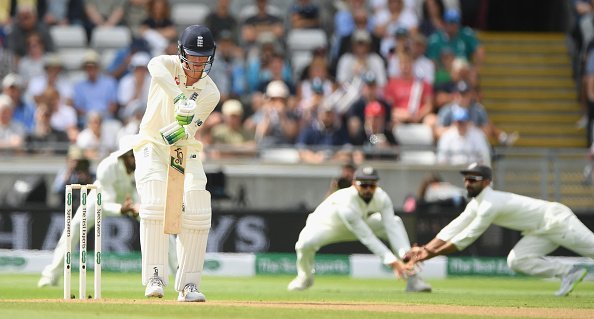 At the time of writing, England have just beaten India in the fourth test of their five match series, leading 3-1. Now, no matter what happens in the final match, England will have won this series, against the number one team in the world. However, not even the most deluded England fans will believe that things are completely rosey in the England camp currently.

The form of multiple different players is a concern, as is the inability to control matches in home conditions which we should, with our knowledge of this, thrive in. Despite what the scoreline suggests though, we’re looking far from convincing. And what is inescapable about the scoreline, is the constant merry-go-round tactic of the England selectors in choosing the team.

And when I say ‘merry-go-round’, what I mean to say is that it seems to be, from a fans’ point of view, that it’s the same players who keep getting chances, despite failing whenever they get chosen. Players like Keaton Jennings, Mark Stoneman, Gary Ballance and James Vince are no strangers to fans, and I don’t know about other supporters, but whenever I hear these names in the fray, I am never any more convinced about their abilities at Test level than I was previously. Despite the natural assumption that players who have performed well at County Championship level (England’s four-day club format), deserve a chance at international level, as is the case with the footballing format, the same names are always chosen, despite poor performances. So is there a way to make sure that the players who deserve a chance, but don’t yet have the international experience, get one?

Well, perhaps not. But my suggestion? Scrap these ‘selectors’. Aside from the captain, none of these decision-makers, whether it’s the coach, or any of the ECB hierarchy, play with these players in the club format, nor share dressing-rooms with them. So why not give these players the opportunity to make these decisions? Perhaps the captain and vice-captain need to sit down, maybe with each captain of every county side, and discuss in detail who does and doesn’t deserve a shot at becoming a fixture in the side. This may sound farfetched, but at least it would mean an abolishment in the cyclical decisions of selectors and despite it being slightly long-winded, it might just allow the right players the opportunity to play for their country, that most would never get. And at the end of the day, if the team improves because of this, I don’t think any of us would complain, right?