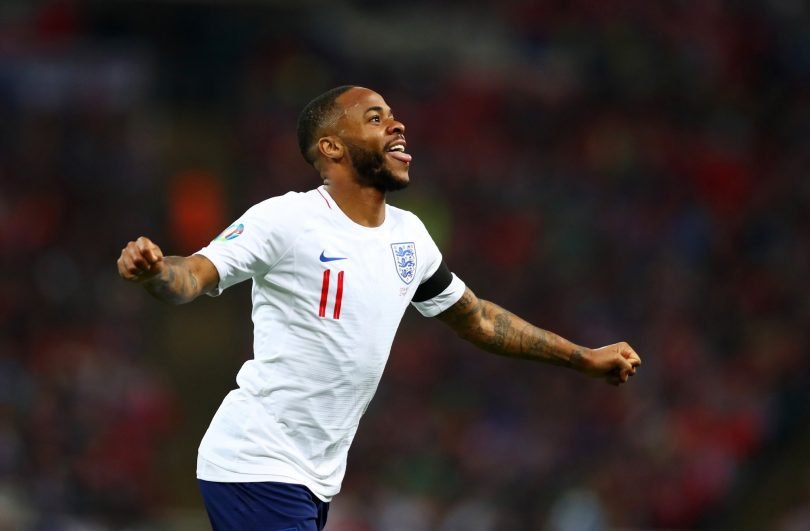 On Friday night England began their Euro 2020 qualifiers with a comfortable win against Czech Republic. A Raheem Sterling hat-trick, along with a Harry Kane penalty and a Tomáš Kalas own goal rounded off an impressive night at Wembley for Gareth Southgate’s men. Here are 5 things we’ve learnt from the game.

Raheem Sterling scored his 22nd goal for club and country this season as he became the first England player to score a hat-trick at Wembley since 2010. When the 24 year-old joined Manchester City from Liverpool in 2015 City fans knew they were getting a promising young winger, but they could not have foreseen the meteoric rise he would have, especially over the last three years. That has to be down to the management of Pep Guardiola. What Guardiola has done to Sterling is turn him into a goal-scorer, a winger with a striker’s mindset. Now his national side is reaping the rewards as the wide-man scored his second hat-trick of the month. The first goal was very City-esque; a lovely through ball from Kane to Jadon Sancho allowed him to square to Sterling who scored from inside the six-yard box. Fast, flowing football. His second was taken very well, after Barkley’s pass kindly deflected into his path, Sterling smartly turned his man and finished with his so-called weak foot, clearly a man full of confidence. The hat-trick was rounded with some fortune as he cut in from the left and released a shot that hit the back of a Czech player to wrong-foot the goalkeeper. The man of the match earned that luck, and his night ended with a standing ovation from the home fans who haven’t always been on Sterling’s side, but they certainly were tonight.

Sancho is not ready to start a ‘big’ game (yet)

Jadon Sancho is definitely a confidence player. He was quiet before being involved in the first goal and it was obvious getting that assist raised his belief. At 0-0 he was struggling to get into the game, and when he did get the ball, tried too much and gave it away. After the first goal the teen, who was earning his first start for the national team, began to express himself with nice skills and good wing play but for me, he is still not quite ready to start a big game for England. Against a stronger outfit, the Dortmund man’s mistakes would prove more costly. Don’t get me wrong, Sancho is clearly very talented and I am glad he is involved with the squad, I just think once Marcus Rashford is back to full fitness he will be starting, and Sancho will have more of an impact coming off the bench. Don’t forget, he is still only 18 years old.

After initially starting on the right-side of a midfield three, Henderson dropped into a deeper role once Eric Dier came off injured. That allowed Dele Alli and substitute Ross Barkley to push on more and support the front three and I must say, the Liverpool man marshalled the game very well. The 28 year-old was full of energy throughout and set the tempo of the match. He made vital interceptions and always found the right pass to transition England from defense into attack. Having missed Liverpool’s last league game away at Fulham due to an injury he picked up in the Champions League in midweek, it was a bit of a risk by Southgate to start the club captain, but Henderson seemed as fit as ever as he manned the midfield. I haven’t always been Henderson’s biggest fan, but I credit where credit is due, I was thoroughly impressed by his performance last night.

England were slow starters – in both halves

Something that will be of concern to Gareth Southgate was the manner his side started both halves. In the first 25 minutes of the game the Three Lions couldn’t get anything going, and didn’t seem to have too much urgency to change that. They struggled to find their rhythm. As soon as they picked up the pace and started one-touch/two-touch passes the Czechs couldn’t handle them. The start to the second half was more worrying. Players were giving the ball away cheaply and the visitors had some good early possession which led to a few half chances. The third goal actually came at a good time for England as it killed the game off at a time where perhaps Czech Republic were threatening to force their way back into the game. Again, if this was against stronger opposition England probably would’ve been punished. Food for thought for Southgate.

The future is bright

England featured two players aged 18 or younger in an international match for the first time in 138 years. Wingers Jadon Sancho and Callum Hudson-Odoi, along with midfielder Declan Rice (aged 20) finished the game on Friday night and are all signs that Southgate has faith in his youth. For the two wide-men it has been quite the journey, just two years ago they were both playing in the under 17’s World Cup in India, a competition that England won. Both are having break-out seasons for their clubs too; Sancho made the move to Germany to join Borussia Dortmund and is thriving with the joint-league leaders whilst Hudson-Odoi is slowly but surely making his way into the Chelsea side. Declan Rice has been one of West Ham’s standout players this year. The game against Czech Republic was Rice’s debut, after he switched his allegiance to England from the Republic of Ireland. With so much success coming from England’s youth sides, Southgate will soon be spoilt for choice when choosing his squad for the first team.