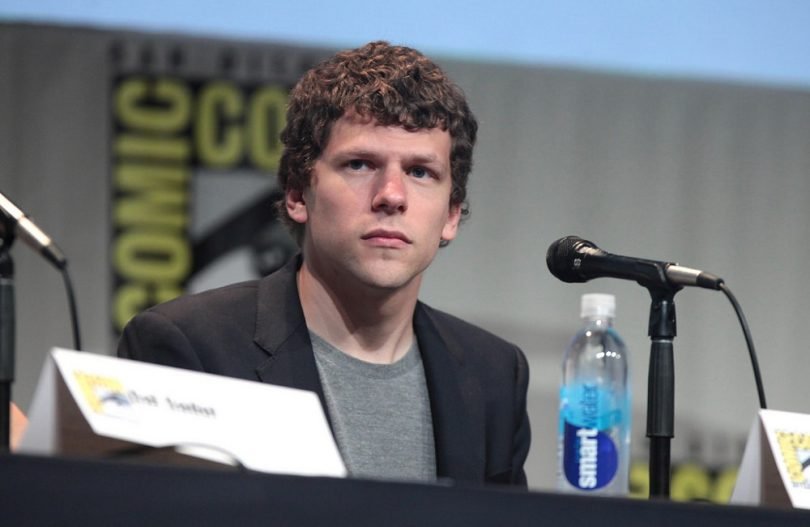 One can term it sheer naivety but there surely do exist hints of ignorance in our nature. We either see what we want to see, or what the puppeteers of the society want us to see. We completely disregard the fact, that often the very best of everything and everyone, lies between the lines, that we thought was best ignored with time.

Okay, before we jump to Jesse Eisenberg, let me come forth with an apt example. Right, so if anyone asked me a few days ago, who is Martin Brest?, then I would have replied, ‘The director of The Scent Of A Woman’ – and that makes sense – he is surely as well as popularly known as the director of the above mentioned critically acclaimed film that got Pacino an Academy award for best actor, and since then, Brest’s graph of providing his audience with quality cinema has severly declined, thereby making him remembered as the director of his 1992 success.

But as of lately, I came across another film of his, starring Robert De Niro, titled ‘Midnight Run’, oh boy, what a film – a delightfully engaging experience. But who remembers Martin Brest for that. Probably nobody and perhaps I am that nobody. See, this is what that happens. Around whatever builds the hype! Time is guilty too, for – if we consider a young director of our time, say Dennis, and ask a film buff to name a few ‘Villenueve’ creations, then a string of names of the likes of Arrival, Sicario, Enemy, Prisoners, Incendies et al shall come pouring out of his/her mouth.

This is because Dennis has been a player for nearly a decade and his recent creations stay afresh in the memory of the populous. Orson Welles’ creations, anyone? All the hands shall rise, with only a singular answer – Citizen Kane. Any other? No, everybody is blank.

Decades ago Welles existed, and even then he was active for decades. If you are there for too long, nobody remembers what you were there for. Nobody thoroughly remembers The Magnificient Ambersons, The Trial, The Third Man and others. One’s longevity in a business is ultimately defined by his/her signature touches.

If you’re an ancient legend like Kazan, films of the likes of, ‘On The Waterfront’ or ‘A Streetcar Named Desire’ are your ace achievements, if you are old but are still the epitome, for example, Scorsese, then you have one exemplary creation that defines every singular decade of your career run, hence for the 1970’s – Taxi Driver, 1980’s – Raging Bull, 1990’s – Goodfellas, 2000’s – The Departed – and so it goes, nobody gives a fuck about cult classics like ‘The King Of Comedy’, or ‘Casino’ or ‘Alice doesn’t live here Anymore’ – which, I believe is an ignorant act, but somehow this fallacy naturally infects us all. Even me.

Blending in to the role

So, if someone asks me, and nobody actually does, hence I am typing it down like a complete momo, that when did I become acquainted – fairly – so to say – with the works of Jesse Eisenberg, my reply would be ‘The Social Network’, as if ‘The Squid and the Whale’ is not worth remembering.

Of course it is, but that is a completely different story. Lately, I watched Eisenberg in ‘Cafe Society’ and ‘Louder Than Bombs’, and I have to admit, Allen or no Allen, the latter was way much better. Jesse Eisenberg is fundamentally the same is each and every movie of his – he possesses a distinct speaking style that adds to his act, and pick any movie of his, his style is always ‘Eisenberish’, but the best part is, that he always contributes to the character, that is to say, no matter whatever role he does, no matter how repetitive his acting is, he always blends in – somehow.

That’s the reason why I adore him. My girlfriend gave up on him after watching, ‘The Double’ but I secretly admire that film too.

Ha. Ha. So, where I was, yes, as of now you, dear reader, must very well be familiar with the fact that I am a fan.

I am also a glutton for Wikipedia and every now and then, one would find be stalking along some Wikipedia page. It would have had been innumerable times when I would have come across Eisenberg’s Wikipedia page, and gone across his name, his age, his occupation – and that’s where my ignorance must have come into play. And I shall tell you how.

Yesterday, I was scrolling through a New Yorker, it’s a satirical treat too great for my taste, when I came across a write-up titled ‘You Never Really Know’ which was penned down by ‘Jesse Eisenberg’. In the opening paragraph of it, Eisenberg comically ponders over the thought that we somehow never really know who people are. They are way more than what meets the eye. For instance, a good surgeon can secretly be a great painter, or say – a nun can be a dynamite in the sack. It’s a good write-up, and once you read it, and if you imagine Eisenberg delivering it vocally, it just starts to make sense and it begins to appear much funnier and merrier.

And somehow that gist of the paragraph is related to this momentarily rant of mine – You really never know who people are – Eisenberg is not only an actor, he also turned out to be a voracious writer who has penned and published three plays and has also acted in them along with directing them for the stage. He is also the author of a short story collection titled ‘Bream Gives Me Hiccups: and Other Stories’ – and I can’t wait to read it, for he is also bringing it to life via television in the form of a series that he is himself directing. Phew.

You see, you never really know. Everything’s right in front of you and you – never really know. According to his Wikipedia page, Eisenberg practices three occupations apart from entertaining us with his acting charms – he is also an author, humorist and playwright. But I, and many other like me, were only familiar with Eisenberg the actor. We never knew Eisenberg the author. And as of now, we very well know why, don’t we?