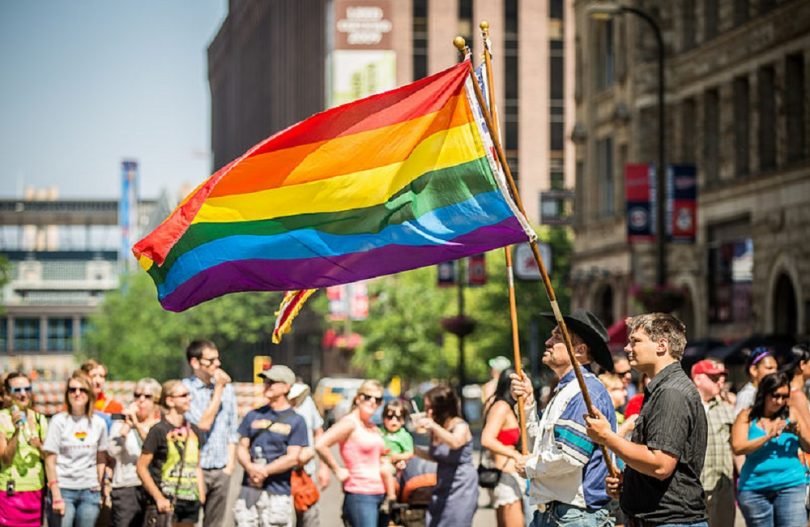 Since Donald Trump became US President, many issues regarding the anxieties surrounding his presidency have been vocalised; from his promised to build a wall along the Mexican border, to his sexist remarks about women and most recently his hiring of prominent white – supremacist affiliate and Strategist of Trump’s camp Steve Bannon.

One thing that is rarely discussed however is the direct destruction his power has had on the LGBTQ community – one which he has stood in opposition against, regarding prospective policy and his personal stance on issues such as gay marriage.

What Trump plans to do according to Jay Brown (spokesman for ‘Human Rights Campaign – largest gay rights organisation) has “overwhelmed” his organisation with calls of gay and lesbian folks wondering if they should rush to get married before he officially begins running the country. A reported eight trans people have committed suicide since the election results and Trans Hotline reported calls climbing into the hundreds solely based on the anxiety surrounding Trump's win.

Additionally, The National Suicide Prevention Line received over 600 calls between 1am and 2am after the election results were announced

Yet, during one of Trump’s first interviews after his win, on the US TV news programme ‘60 Minutes’, he grudgingly declared that there was nothing he could do about gay marriage because it was already approved by the Supreme Court.

.@realDonaldTrump says he is "fine " with same-sex marriage: https://t.co/qOSQnuiwkL pic.twitter.com/3PGSRTeR5a

Trans people are at risk more than ever for more reasons than one but many have to do with the initial factors which result in trans men and women’s daily vulnerabilities. Late teens and those in their twenty’s, make up a lot of the homeless population and can face danger from simple instances such as which bathroom they are permitted to use, who to trust when it comes to revealing their gender to romantic interests, being kicked out  by parents and ostracised by their community (particularly when religion factors in).

They are also at risk due to many trans people having to earn a living via sex work – which again can place them in the hands of those that mean them harm due to their gender identities as well as the normal dangers that come with the isolating nature of sex work.

One issue rightly causing panic among the LGBTQ community is the threats Trump has made regarding healthcare reform. Trump has demonised Planned Parenthood and the Affordable Care Act (also known as Obamacare) – dismissing the former as “a disaster” and the latter as some sort of modern day backstreet abortion service – as he mentioned in one debate with Hillary Clinton.

On their website however, Planned Parenthood states they can help trans folks deal with form filling, insurance coverage as well as highly sort after hormone services among other things.

The ACA can also cover people in some states with gender reassignment surgery under “a number of insurers.”

On TLC’s show ‘Too Fat to Transition’, it portrayed the struggles one young man had trying to slim down in time to get approved for breast reduction surgery before his Obamacare insurance ran out – which would ultimately leave him stuck in a body he hated with no financial security to solve the problem. There are so many like this and so many trans folks who don’t have job, insurance, social, familial and now most definitely political backing to uphold their rights and support them.

So with plans to reform health-care legislation which would greatly disadvantage and in many cases destroy the hope and chance in the lives of many trans and gay people and members of Trump’s administration (Mike Pence) having views like that of gay conversion therapy being a legitimate tool.

It’s no wonder there is such chaos and panic among the LGBTQ community. We can only hope that when Trump uses close-minded arguments to bulldoze his way through his reign of power that he doesn’t crush those whose voices are least heard under the weight of his Italian shoes.