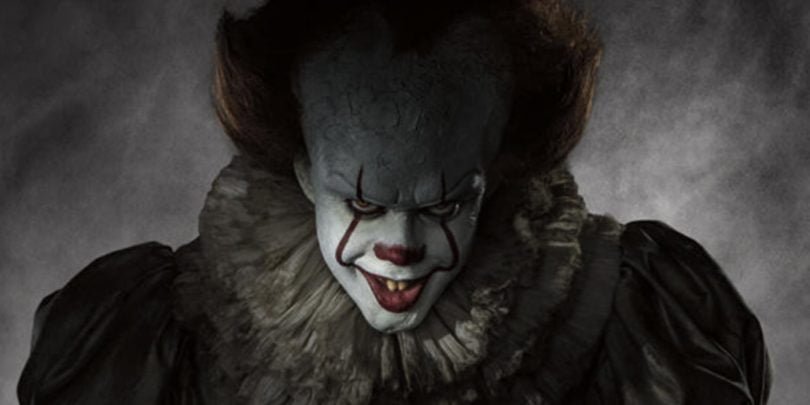 Trailers and teasers for ‘It’ have been dropping like the flies for the past few months, and if the YouTube analytics have anything to say, (with 197 million views in its first 24 hours under its belt), it’s clearly got the internet-a-going. Here, Joseph Bennett gives you the lowdown of just what, and what not, to expect from this terrifying re-imagining of the cult horror classic.

Based on the Stephen King novel of the same name, the story of ‘It’ is set in the idyllic, American town of Derry, Maine, and when the town’s children begin to mysteriously disappear, a group of young kids – the Loser's Club – suddenly find themselves thrown up against an unspeakable evil; a shape-shifting creature now in the form of Pennywise the Clown, (played by rising actor, Bill Skarsgård), who's been murdering and kidnapping children for millennia.

From what we’ve seen from the current trailers and posters, it is clear that Andy Muschietti's 2017 adaptation is going to be noticeably similar, and different from it 90’s made-for-TV counterpart. Coming from the collective minds of screenwriter’s like Chase Palmer, original director and True Detective producer, Cary Fukunaga and Annabelle: Creation’s Gary Dauberman, this interpretation does not shy away from bringing with it a mass of creepy, obscured clowns, callous, apathetic adults and a '80s nostalgia that alludes to a strong Carpenter-esque, Stranger Things style. If I’ve learnt anything from these trailers, it’s that Muschietti is holding out on us, and in honesty, it’s for a good reason. From the onset, the lack of gore, instead, replacing horror clichés for building suspense and tension plays on exactly the right fears and emotions of the audience that the Loser’s Club go on to experience in the novel. Although we’ve seen very little so far to give credence to the films R-rating, this ‘It’-eration is still breeding fear into the hearts of its viewers. As we, the audience sit watching a projector’s slideshow unfold from a loving mother into a windswept, twisted-faced clown, or a children’s TV audience gleefully shout: ‘kill them all’ surrounding a smiling Pennywise, this film shows us that, like the '90s miniseries before it, ‘It’ can still manage to be frightening without need for blood and guts. ‘It’ is a movie that knows no need to have gore to scare, but I’m assured will be more than willing to provide it, eventually.

When the first trailer dropped, we are treated to a slow burner, a build-up of tension that’s almost like your typical kidnapping flick, feeling like a dark blend of some suburban Taken and The Last House on the Left. But as the trailer moves on, growing with our suspicions, as the music heightens and more and more titbits of information being revealed, we become aware of just how unfamiliar and supernatural 'It's' cinematic world is.

When we shift from trailer to trailer, the darkness of Pennywise’s world seems to seep out into the colour of our own, spreading out slowly and propagating everything we thought was safe. Our libraries, our families, our neighbours, and friends are no longer safe, and all it takes is a bright red floating balloon, and the climactic drone of ‘you’ll float too’ from Georgie’s sweet giggling voice turning into a demonic Pennywise imitation.

According to Muschietti and Skarsgård, they tried very hard to keep the fear palpable on set. In an interview with IGN, Skarsgård tells how “[Muschietti] tried to keep [the kids] separate from me, because we thought that that might be a good idea, so we kind of have this tension between Pennywise and the kids. So the kids are already shooting the film for like a month before they started doing the scene with Pennywise, and at first, I’m working with this actor Jack Grazer who plays Eddie in the film, and it’s a very intense, physical scene […] Those scenes can sometimes be pretty intense, and I think the scene itself was kind of intense for Jack. It’s kind of a lot but after the first take I tried to make sure he was okay, and he was like really excited, he was like, ‘Yeah that was great man! That was amazing! I love what you’re doing with the character!’ and he was really excited about it, and I was like ‘Okay, I’m not actually dealing with young kids here, like these are little actors’.

Skarsgård hopes that his Pennywise will be a striking difference from Tim Curry's ironically cartoonish performance, instead, drawing 'more from the world of the book, like Muschietti and I had hoped. Essentially, what you end up seeing in the film is my own deepest fears. Ultimately, it’s essentially, the most weird and disturbing thing that we could come up with, and it was important for me that there was something absurd about the character, that there was something just like, inexplicable about him, like why is he sounding like that? Why is he doing this? You will never know what this guy is gonna do next. You have no idea what he’ll do, or how he will do it, and there’s no way of kind of predicting his behaviour.” 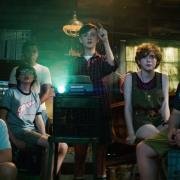 Many fans of the original source material will probably want to ask: but what about part II? What about when the children are all grown-up?

In original director, Fukunaga's plan, the idea was to separate the film into two parts, the first following the story of the Loser’s Club, and the second focusing on the adults returning to Derry 27 years after their first encounter with Pennywise, when something wicked starts to rear its painted head. For all the Easter egg fans out there, it is interesting to note that 2017 marks exactly 27 years since the miniseries finished airing in 1990. Coincidence? I think not.

When Muschietti came on board in 2015, everyone went silent on whether the film was to have one or two parts. Then suddenly, early in 2017, Stephen King voiced his view on the first cut of the film, confirming that yes, the movie was good and that it's just part one of his much bigger story. However, with no news so far about Part II, and no pre-production dates established, it sounds as if the fate of the ‘It’ franchise rests on the success of this first installment. So, maybe we will never really know the fate of Pennywise the Dancing Clown after Muschietti’s attempt. Maybe, ‘It’ itself will stare down the metaphorical storm drain of cinema, chasing after and trying to pick-up it’s disaster of a boat, only to be dragged into the darkness along with all the other failed modern reboot and remakes. Or maybe, like with the generations before me who have read King’s novel, or watch Tim Curry’s infamous clown, this film comes at just the right time to emphasize an international coulrophobia. To give the clowns of our world another reason to despise King, and just like these trailers, give a unanimous answer to the simple question: “What are you afraid of?”

Because let’s face it, for most of you, I think the answer is, ‘It’.

‘It’ is set for a UK release on the 8th September 2017, courtesy of New Line Cinema.