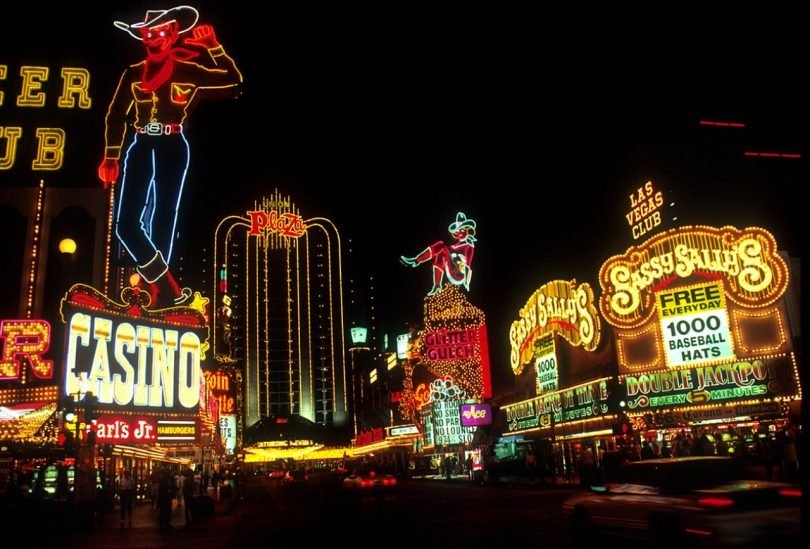 When it comes to any combat sports event, a casino setting is the perfect companion. In Las Vegas, for instance, there are gladiatorial motifs everywhere, and everything from a Blackjack table to a blood-soaked, wire-caged octagon is essentially a battleground. Meanwhile, the salubrious surroundings of Atlantic City, NJ – with its world-famous boardwalk – adds to the existing sense of glamour.

So too does such a setting boost an event’s chances of reaching full capacity, especially during the peak months for tourists. While other elements, such as pay-per-view buy rates are cited as far greater short-term indicators of an event’s success, every small contribution is vital. Though the UFC is today a prosperous franchise, it is a form of sports entertainment still psychologically hampered by a relatively bleak past.

That past, notably, was overshadowed by a golden era of professional wrestling, and also the emergence of new talents in the boxing world. Names such as Evander Holyfield and Lennox Lewis, and their relationship to deposed former giant Mike Tyson, were household names. Well-respected UFC combatants, such as Royce Gracie and Bas Rutten, were decidedly less so, despite boasting excellent combat skills and charisma.

UFC also suffered in other respects, with viewership of its events and the ability to bet on them being far less widespread than it is today. The latter area was certainly far removed from the regulated UFC and MMA betting odds seen online these days, complete with live prices available, sometimes months in advance of their respective events, along with expert advice from experts and fellow bettors designed to assist rather than bemuse.

The emergence of niche markets relating to knockout methods, and the specific time they could occur, has also done more than many realise. Certainly, there seems to be little doubt that they have helped to highlight UFC as a dramatic event full of twists and powerful climaxes, keeping it marketable and competitive against other forms of sports entertainment.

Before the growth of online facilities such as live UFC odds, there was little hope for the UFC’s exposure without a watershed event at a top location. That event was UFC 28, the green light for which came after the UFC’s agreement to adopt the New Jersey State Athletic Commission’s rules package. The change was noticeable on an aesthetic level, even if there was still much work to be done. Vitally though, people finally had the ability to put names and faces to odds, and gain a more realistic idea of who the main stars were.

UFC 40 was another highlight in that regard, though its staging at the MGM Grand, the very beating heart of Las Vegas’ casino culture, made it a huge gamble for everyone behind it. Thanks to a strong headline and a scintillating main card, it hit the all-important six-figure pay-per-view buy rate and went down in lore as a huge success.