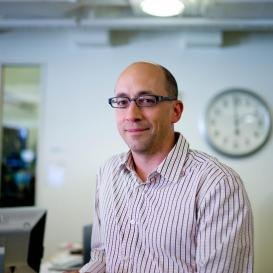 Coming into this week, Dick Costolo had faced a significant amount of pressure as the chief executive of Twitter. The key issue was that of user growth, and whether Costolo and his colleagues could expand it, as much of top management was replaced within the period of the last year.

As its stock on Wall Street tumbled, the news then spread on the social network itself, and then on traditional media platforms. Costolo would resign as chief executive on 1 July, and Jack Dorsey, who co-founded the site with Evan Williams, would return to the helm as chief executive. A reason at the time had not been disclosed.

Dorsey, according to a report from the American technology news web site Recode, said the change in leadership was unrelated to Costolo’s performance. Costolo is to remain on the board, the site notes, citing filings the social network made with American financial regulators, and said, the report added, that this had been discussed since last fall with the board.

“One thing I do want to make clear is that this transition is not the result of anything more than Dick deciding to move on from his role as CEO,” Dorsey said according to the report. “There is no connection with our near term results.”

In a statement, Costolo said he was proud of the work he has done as chief executive.

“We have great leaders who work well together and a clear strategy that informs our objectives and priorities,” Costolo said. “There is no one better than Jack Dorsey to lead Twitter during this transition. He has a profound understanding of the product and Twitter’s mission in the world as well as a great relationship with Twitter’s leadership team. I am deeply appreciative of the confidence the Board, the management team and the employees have placed in me over the years, and I look forward to supporting Twitter however I can going forward.”

Even as the move in leadership takes place, and while investors express their satisfaction with such a move, the issues themselves for users still dominate the discussion. As Dorsey returns to the post, the issue of user growth, and as a result whether Twitter, which will turn ten next year, can maintain competition among other social media networks, is an issue many industry analysts raised after the news was confirmed.

In an interview with the BBC, Nate Elliott of the US technology research firm Forrester research, said Twitter had been slow to keep people from coming back.

“Twitter has never been great at giving its users reasons to come back,” Elliott said. “While other social sites have introduced new features and functionality the past few years, Twitter has mostly stood still. The result has been excruciatingly slow user growth.”

User growth and accessibility is likely to be the key issue that is at the core of Dorsey’s strategy when he assumes the helm on 1 July, and whether he can keep the millions of users who come to rely on it every day, happy. The actions taken by Dorsey and his colleagues in the days and weeks ahead will likely set the tone on the impression of the network for users, and whether they can be convinced to stay, in an ever increasing competition with other networks, most notably Facebook.

The ball is firmly in the court of Twitter’s leadership. What we must ask now is what serve they will make.

What do you think? What does the future of Twitter hold? Have your say in the comments section below.