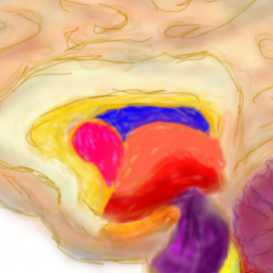 Research into brain diseases like dementia are getting the recognition they deserve over the past month. Degenerative disorders like Alzheimer’s and Huntington’s are being studied more thoroughly than ever before in the hope that a cure or a preventative treatment will be found.

Scientists at Cardiff University believe they are now much closer to delaying or even preventing the symptoms of Huntington’s disease. They analysed and compared the DNA of 6000 people with the illness and found that the age a person will develop the condition can be influenced by biological processes in the brain. The process that controls the manufacture and repair of DNA in particular.

These findings are not a miraculous cure, but the researchers are hopeful that it will help them understand the origins of the disease and thus be the key to developing new treatments.

“In understanding the mechanisms by which nature influences the age of onset of this devastating condition, we have identified a target for potential treatments,” said Professor Jones in a statement from Cardiff University’s MRC Centre for Neuropsychiatric Genetics and Genomics (MRC CNGG). “If we can develop a way to interfere with these processes, then we could possibly delay or even prevent the onset of the disease.”

Huntington’s disease is a genetic disorder, so it is passed down through families. The gene which is affected is called Huntingtin and the mutation of it that causes the disorder is dominant. If either of an individual’s two copies of the gene has the mutation, then the person will develop the disease. This means that a child of someone with the disease generally has a 50% chance of inheriting the mutated gene and developing Huntington’s themselves.

The symptoms of Huntington’s disease can range from uncontrollable movements, loss of cognitive abilities and changes in personality and behaviour. It’s a degenerative disease, meaning that it gets worse over time. Symptoms usually come on in middle age, so although the test can be taken at any time in life, the decision for those at risk to find out their fate can be an immensely difficult one.

Huntington’s currently affects about 8000 people in the UK, but there is no cure. Professor Jones believes that her team’s new findings could be exciting for successful treatments being just ten years away.

“Our findings may not be able to help those already affected by Huntington’s disease,” she said. “But this could prove to be a turning point in how we treat the disease in future generations.”

In contrast to Huntington’s, what exactly causes Alzheimer’s disease is less well understood. It is caused by the build-up of proteins in the brain that form structures known as plaques, meaning connections between nerve cells are lost and eventually they die. This causes memory loss and problems thinking.

There has been an increase in funding and research into what causes these plaques over the past few years, and there is a lot more awareness. However, the origin and where exactly things go wrong remains poorly understood and treatments are not particularly effective.

So, this month when a trial drug was shown to slow down the effects of Alzheimer’s, it was big news. After decades of mouse studies, scientists at Eli Lilly and Co found that a drug called solanezumab was shown to fend off memory loss in patients with mild Alzheimer’s over several years.

The biggest victory for the researchers was not necessarily the lessening of the symptoms, as the effects would have been barely visible to the patients’ families. More so it was the fact that this was a human trial, and it was the first evidence of a treatment directly slowing down the progression of the disease.

Like the Huntington’s research, this was not exactly a ‘Eureka!’ moment for new drug treatments. However, both avenues of research are looking more promising than ever, and findings like these are going to be invaluable to the people at risk of these diseases.