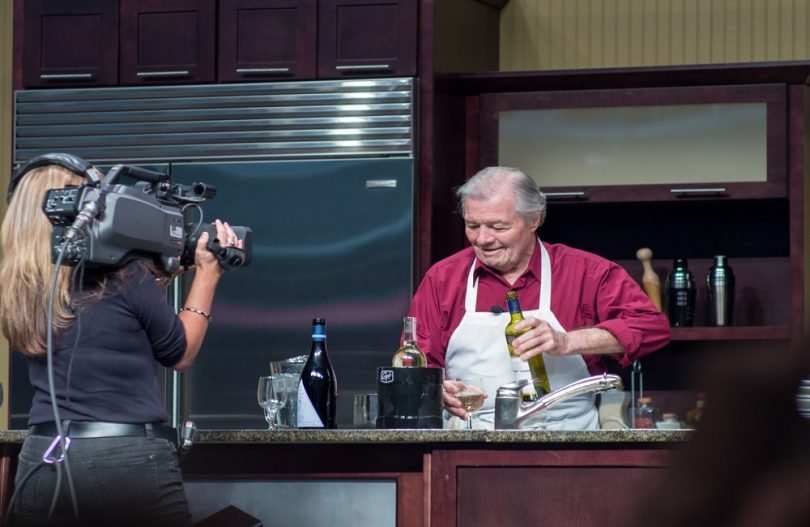 On the public television station in the part of the US where I live, a daily programme comes on late in the morning featuring the renowned chef, author and television personality Julia Child.

“What fun we are going to have, baking all kinds of incredible cakes, pies and breads, right here in my own kitchen!” she exclaims.

Child loves to cook, and on that baking programme there are certain values that are front and centre – from the ideas of creativity and authenticity to the simple value of being in one’s company, as conversations are curated with the help of a baking masterpiece.

I am by no means a baker or a cook. The best contribution I perhaps can make is something from the microwave done in a mere 90 seconds, or the ability to make ice for a cup of coffee. I will never have the skills that the amateur bakers of the Great British Bake Off have, skills that will avoid Paul Hollywood suggesting the bread is overworked, skills that make bakers and cooks household names.

I’m content with that, but at the same time, Child and her friend and fellow chef, Jacques Pepin, have offered lessons that apply to the work of journalists and writers – namely, authenticity is the best recipe.

Pepin, in an essay for PBS’ Newshour programme, reflected on the culture of a recipe, and said that following a recipe can lead to a disaster. Pepin said that one’s interpretation of a recipe can be a gold standard.

“A recipe is a teaching tool, a guide, a point of departure,” Pepin said. “You have to follow it exactly the first time you make the dish. But after you make it again and again, you will change it, you will massage it to fit your own taste, your own sense of aesthetic.”

Indeed, when Candice Brown, the most recent winner of the Bake Off, wrote her cook book, the recipes from her family suited her own taste and sense of aesthetic.

“It’s things my family love, recipes that my nan taught me, which I haven’t changed because they’re perfect and I don’t need to,” Brown said in an interview with The Observer.  “I love things that integrate memories and nostalgia, which make you feel warm and cosy.”

In other words, authenticity is the best recipe.

Journalists and writers find themselves under pressure to produce more and more content, as the culture of the internet and social media has seen content become not just what it can be about, but how much can be produced in an amount of time.

As that happens, the bakers and chefs perhaps have done journalists and writers a favour – that the lesson on offer is that one’s interpretation can be the simply the best thing on offer, be it one’s poetry, journalism or ideas. The concept of a story is there, but it is down to individuals to make that concept stand out.

For if we stick with the recipe of what a story should be, that recipe could eventually lead to disaster, and the simplest things perhaps are often the best things.