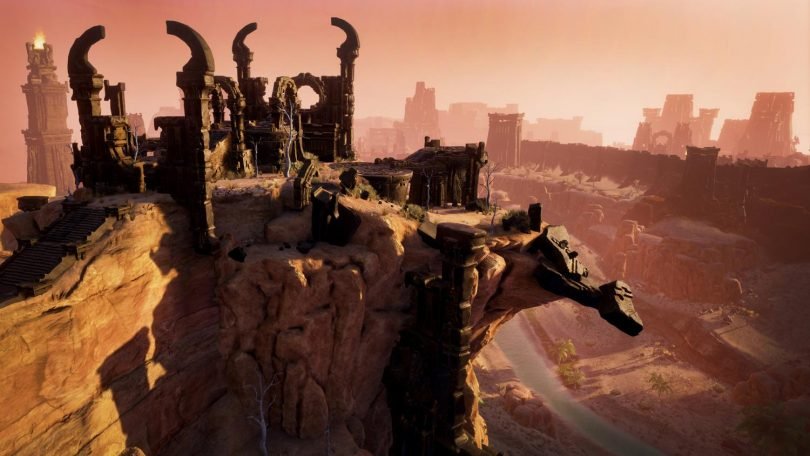 I’ve been following Conan Exiles eagerly since its announcement last year. I have fond memories as a young child playing the Conan Tabletop RPG 13 years ago, being the brutal barbarian and slaying all evil. I have less than fond memories playing the Conan MMORPG and let's leave it at that. It was never the gameplay that caught me but the lore that had been created by Robert E. Howard and built upon. What makes Conan so great is the Hyborian Age setting and mythos that Howard created, which is every bit as in-depth and developed as fellow Weird Tales writer H.P. Lovecraft’s Cthulhu mythos. What Lovecraft does for Horror, Howard achieves for Fantasy.

Conan Exiles looks special. Survival is hard to get right. The game has to be challenging, crafting systems and the survival mechanics like hunger, thirst, and health has to be on point. The developers have to challenge the players but they have to also make sure they don’t scare them away or become a tedious nanny that is constantly nagging them to look after themselves and eat their greens.

If the game wants to be successful it had to break away from the ‘mile long hole that is 1-inch deep’ problem that plagues survival/sandbox games. It can’t be a vacuous bubble that allows the player to explore with very little purpose or goals. It can’t use ‘sandbox’ as an excuse for lack of content. In essence, I am saying ‘Don’t be No Man’s Sky’.  Thankfully Conan Exiles from the trailers and regularly Friday Developer Twitch streams looks like a game we can really sink our teeth’s into and enjoy.

The game features lots of seemingly complex systems to manage your time while exploring the world of Hyboria. From the thrall system that allows you to capture and enslave guards, workers, and even dancers, to the Religion system that allows you to build temples to your chosen god and eventually summon and control titanic avatars that will smash through enemy strongholds. Conan Exiles isn’t just a game about exploring and surviving an empty sandbox. It’s a game about dominating the vivid would of Hyboria.

Combat in Conan Exiles looks varied. Swords, shields, dual wielding, throwing weapons, bows, crossbows, explosive arrows, and siege weapons (which will be patched in in the following month). Conan Exiles is releasing at a time when both Ark: Survival Evolved and Rust are in decline could this game be the one to take the title as king of survival games?