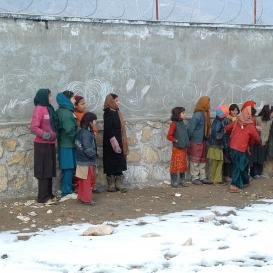 Prime Minister David Cameron has said that the UK would not join an EU common asylum system as the EU begins a crucial summit on the refugee crisis.

On arrival at the summit he said, “We have an absolutely rock-solid opt-out from these things. There’s no prospect of Britain joining a common asylum process in Europe. We’ll have our own asylum approach, our own way of doing things, keeping our borders”

He continued by saying the UK has the best of both worlds by maintaining its own borders.

In response to the Brexit campaigns claims the immigration could be better controlled outside of the EU, he added that even if the UK were not in the EU, it would still be affected by the migrant crisis.

Under the current EU asylum system, referred to as the Dublin rules, each EU country must register and process asylum claims based on the first state the refugee enters. At present, those seeking refugee status are predominantly arriving in Mediterranean countries like Greece and Italy first, meaning these countries have been responsible for handling a disproportionate number of claims, placing an additional burden on their already struggling economies.

Turkey, who is also represented at the summit, is currently dealing with the worst refugee crisis since WW2. The EU is offering Turkey $3.3bn in aid in the hope they can convince it to take back the migrants who do not qualify for asylum.

Reforms to the Dublin rules could see the EU centrally overseeing asylum applications, although there are concerns changes could deprive the UK of the ability to deport asylum seekers back to the original country they entered the EU through.