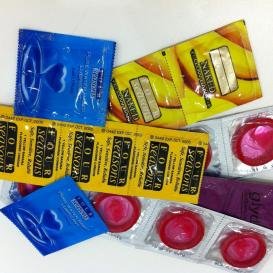 We all get taught about sexually transmitted diseases and who to get treated but do we always know when we have an STI?

Three students who came up with the idea of a condom that changes colour when you have an STI have announced that they have been approached by a contraception company. The teenages won the TeenTech award for their idea S.T.Eye.

In an interview with BBC Newsbeat one of the boys said: “We wanted to make a product that will make life simpler, easier, better.”

You cannot tell by looking at someone if they have an STI, and not all infections have noticable symptoms.

Although the idea is still in it’s early stages this could make our sexual health better as we will be able to have a warning to get treated.

The importance of sexual health

Sexual health is something we all know about but we don’t always act on it, and although we should, not everybody uses condoms but this breakthrough idea could make people want to use this form of contraception more often.

Young people ages 16 to 24 account for more than half of the UK’s newly diagnosed STI’s according to the NHS. There is a scheme in the UK for young adults 24 and under to recieve free condoms from various pharmacies, youth centres and clinics. You can also get tested for any sexually transmitted disease for free at these clinics as well.

Our sexual health is something we should all look after, and this breakthrough in the contraception industry could be the biggest game changer to our health.