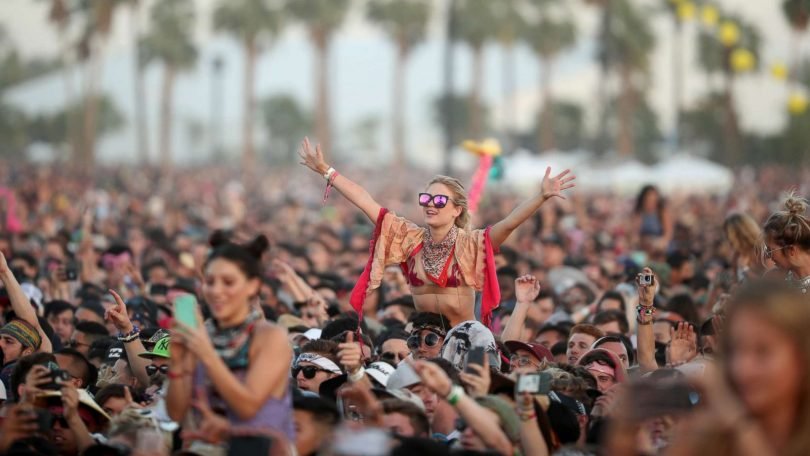 Held over two weekends with three consecutive dates at each, this year’s festival will run between the 12th and 21st of April 2019. Held in the heart of the Californian Desert, Coachella attracts music fans from all around the world, with last year’s festival speculated to have had over 250,000 attendees.

After the release of the politically-fuelled video to ‘This Is America’ last year, Donald Glover AKA Childish Gambino has earnt himself the headline slot for the opening night. Friday will also see him share a stage with Janelle Monae, Diplo, Kacey Musgraves and Camel Phat.

Saturday headliner’s Tame Impala promised fans “New Year. New Shows. New Sounds” on social media in the leadup to the festival’s announcement. But so far, this is one of only two scheduled American shows for the psych-rock band this year.

Representing British Music are The 1975, who following on from the release of their third album ‘A Brief Inquiry Into Online Relationships’ are set to play on both the 12th and 19th.

Closing the festival will be pop-sensation Ariana Grande, who after a turbulent year in 2017 came back with a bite to release her chart-topping album Sweetener, and smash-hit single Thank U, Next. Also performing on the Sunday are Bad Bunny, Dillon Francis and Zedd.

humbled and excited as all hell @coachella ? thank u

Other acts on the bill include Billie Eilish, Solange, Lizzo, Khalid, CHVRCHES, Christine and The Queens and producer Dennis Lloyd.

Passes go on sale from the Coachella website on 4th January 2019 at 11am PST.