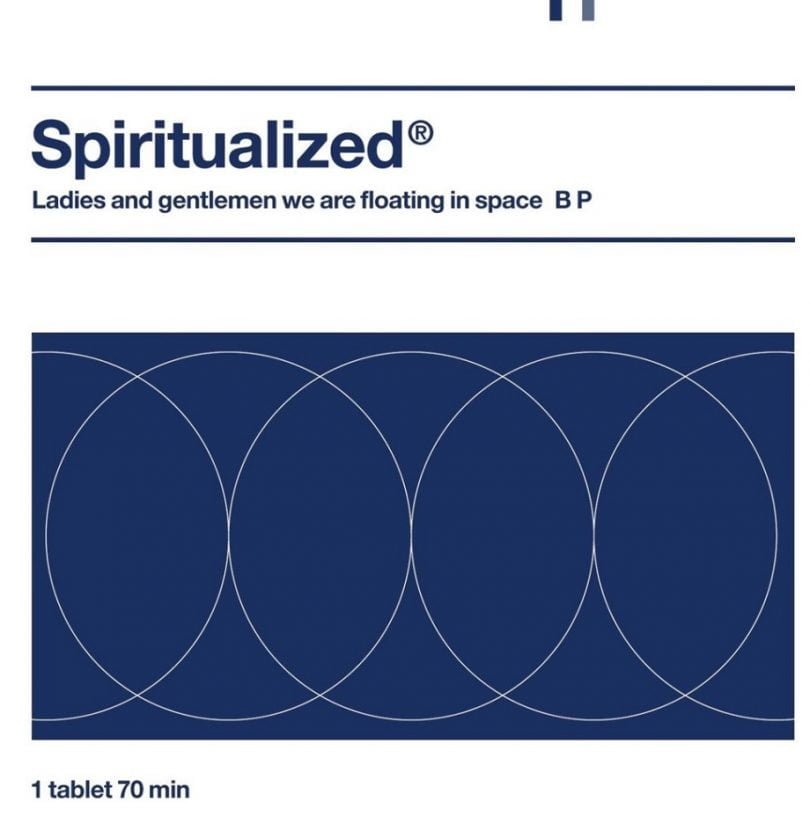 A cold, distant voice permeates through a crackling receiver. The directive is more of a robotic confirmation than a message of ease or hope: “Ladies and Gentlemen, we are floating in space”. As Jason Pierce’s tired, weary voice fades in on a stomping, trickling bell-like sound and an echoing, lonesome drum, we are faced with a sense of regret, heartbreak and isolation. With the title track on Spiritualized’s 1997 magnum-opus Ladies and Gentlemen We Are Floating In Space, we are introduced to Pierce’s world where anguish and sorrow over a failed relationship feels like hovering in a dense, dark, yet empty place in space. However, the song also evokes ‘Can’t Help Falling In Love With You’ by Elvis Presley, in a gospel-like refrain towards the conclusion of the title track, a song which evokes both heartache and a feeling of romantic optimism. This reference could be seen as an ironic guff against the overly romantic nature of the ‘old classics’ or a signal of hope and optimism in the blind darkness of depression and sorrow that follows the disintegration of a long-term relationship.

With that opening number, we are introduced to the key themes and feelings that are woven into Ladies and Gentlemen We Are Floating In Space. The album evokes reflections of a doomed romance that has damaged the narrator and left him adrift in his own fears and anxieties. However, the album also works as a study in the idea of Spiritualized as a band and their travels across a range of genres and music stylings, that began in Jason Pierce’s previous band, the psychedelic alternative rock enthusiasts Spacemen 3. Spiritualized were formed out of the ashes of Spacemen 3, after that band had fallen apart due to the friction between co-founders Jason Pierce and Peter Kember, and had spent the previous five years before Ladies and Gentlemen We Are Floating In Space crafting a sound that transcended the warping, twisting grooves of psychedelic rock and the atmospheric ambience of space rock.

This transcendence can be clearly seen in third track ‘I Think I’m In Love’, a thumping, soaring, psychedelic-tinged track that takes the listener on an eight-minute journey through the doubting ramblings of Jason Pierce. "I think I'm in love, probably just hungry," doubtfully tells himself as the instrumentation carries his words across a moving space landscape. "I think I'm your friend, probably just lonely," Pierce declares as the sprawling keyboard and parading trumpets march towards some kind of conclusion. However, after eight minutes of self-interrogation, Pierce never comes to a conclusion, just an ending. The song appropriately fades out with Pierce still asking questions and the music still marching.

Maybe that’s what resonated with listeners and critics when Ladies and Gentlemen We Are Floating In Space was first released in 1997, that continuing sense of doubt, hope and fear that comes with romance. After all, NME did award Ladies and Gentlemen We Are Floating In Space Album of the Year over Radiohead’s modern masterpiece OK Computer and The Verve’s ode to the dissolution of Britpop – Urban Hymns. 20 years on the album still feels as relevant today as the day it was released, with the themes of heartache, self-doubt and isolation still as pertinent as ever in our consciousness. After all, when it comes to love and romance, wise men have been known to say “only fools rush in”.

What do you think? Do you have an album worthy of being Kettle's Classic Album of the Month? Get in touch and let us know!