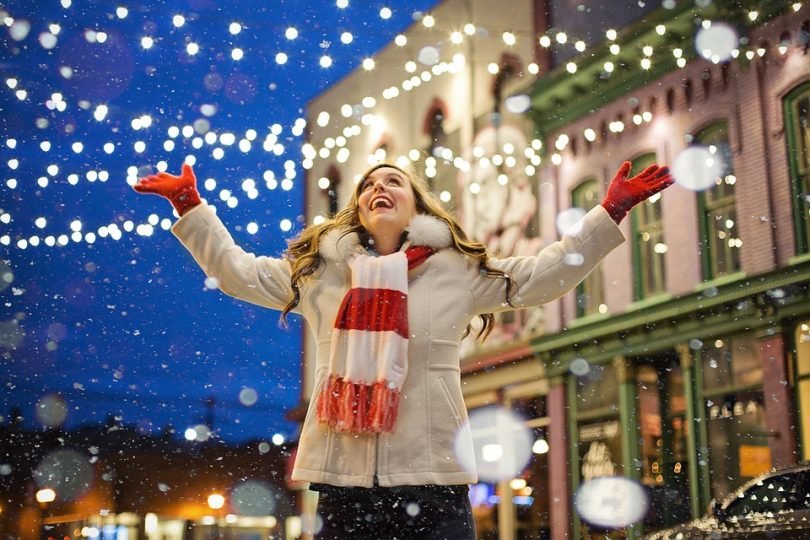 It's the most wonderful time of the year again where peoplel compete to have the best Christmas decorations up, hang their stocking up by the gasfire, wrap a million presents under the tree and enjoy the festive season with their loved ones. Christmas all over the world is celebrated on Christmas day, the 25th of Decemeber but ever wondered what different Christmas traditions take place in other countries other than the UK?

Here are a few Christmas traditions that are celebrated around the world,

One of the most important ways of celebrating Christmas in Italy is the Nativity crib scene as using a crib to help tell the Christmas story was made very popular by St. Francis of Assisi in 1223. A lot of Italian families have a Nativity crib in their homes nd cribs are traditionally put out on the 8th December but the figure of the baby Jesus isn't put into the crib until the evening/night of December 24th! One old Italian custom is that children go out Carol singing and playing songs on shepherds pipes, wearing shepherds sandals and hats.

On Christmas Eve, it's common that no meat is eaten and often a light seafood meal is eaten and then people go to the Midnight Mass service. The Christmas celebrations start eight days before Christmas with special 'Novenas' or a series of prayers and church services.

In China, only about one percent of people are Christians, so most people only know a few things about Christmas. Because of this, Christmas is only often celebrated in major cities and Santa Claus is called 'Shen Dan Lao Ren' which means old Christmas man. Only a few people have a Christmas Tree and if people do have a tree it is normally a plastic one and might be decorated with paper chains, paper flowers, and paper lanterns.

A chinese tradition that's becoming popular on Christmas Eve, is giving apples. Many stores have apples wrapped up in colored paper for sale. People give apples on Christmas Eve because in Chinese Christmas Eve is called Ping'an Ye which means meaning peaceful or quiet evening, which has been translated from the carol Silent Night. Some people go Carol singing, although not many people understand them or know about the Christmas Story. Jingle Bells is a popular Carol in China!

In Brazil, Nativity scenes known as Presépio are very popular and they are set-up in churches and homes all through December.Christmas plays called 'Os Pastores' (The Shepherds), like the plays in Mexico, are also popular.  Most people, especially Catholics, will go to a Midnight Mass service or Missa do Galo (Mass of the Roster). The mass normally finishes about 1.00am.After the Missa do Gallo there are often big firework displays and in big towns and cities there are big Christmas Tree shaped displays of electric lights. Taking part in a 'Secret Santa', known as 'amigo secreto' (secret friend) is popular in Brazil at Christmas.

It is traditional to give small gifts all through December using a pretend name (apelidos). On Christmas Day, people reveal who their amigo secreto was! The most popular Christmas song in Brazil is 'Noite Feliz' (Silent Night). Favourite Christmas foods in Brazil include pork, turkey, pork, ham, salads and fresh and dried fruits. Everything is served with rice cooked with raisins and a good spoon of "farofa" and most popular Christmas desserts include tropical and ice cream.

In Australia, Christmas comes in the towards the beginning of the summer holidays as children have their summer holidays from mid December to early February, so some people might even be camping at Christmas.Because it's so hot at Christmas time in Australia, there are quite often massive bush fires across the country. Australians hang wreaths on their front doors and sometimes go out Christmas carol singing on Christmas eve and neighbors sometimes have little competitions to see who has got the best light display. Australians also decorate their houses with bunches of 'Christmas Bush', a native Australian tree with small green leaves and cream colored flowers.

Most people now have a cold Christmas dinner, or a barbecue with seafood such as prawns and lobsters along with the 'traditional english' food. Many towns, cities and schools also hold their own Carols by Candlelight services, with local bands and choirs sometimes helping to perform the Christmas Carols and songs. As it is the middle of Summer in Australia at Christmas time, the words to the Carols about snow and the cold winter are sometimes changed to special Australian words!

America has many different traditions and ways that people in celebrate Christmas, because of its multi-cultural nature. The traditional Christmas dinner usually features either roasted turkey with stuffing, ham or roast beef, Potatoes, squash, roasted vegetables and cranberry sauce are served along with tonics and sherries.  Some Americans use pop-corn threaded on string to help decorate their Christmas tree! Many churches have special Christmas Carol services and events where the story of Christmas is told.

People in America like to decorate the outsides of their houses with lights and sometimes even statues of Santa Claus, Snowmen and Reindeer. Some cookies and glass of milk are often left out as a snack for Santa on Christmas Eve.