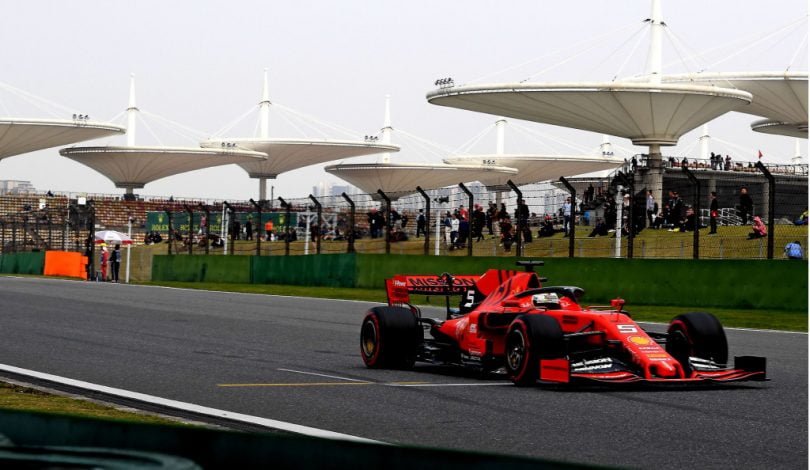 Despite the hype Formula 1’s 1000th outing turned out to be mostly a fairly dull affair. A characteristically dominant performance for Mercedes saw them claim their third consecutive 1-2 finish in as many races. The race was won right the start as Lewis Hamilton jumped polesitter and teammate Valtteri Bottas at the lights before rapidly disappearing into the distance not to be threatened again for the rest of the race. Nevertheless whilst Mercedes’ dominance didn’t make for particularly good viewing for the  neutral, there were still a few interesting talking points a bit further down the field:

Charles Leclerc will no doubt feel hard done by given Ferrari’s treatment of him on Sunday. After seizing P3 from Vettel on the opening lap he was swiftly ordered to give way for the German shortly afterwards. Vettel failed to take capitalise on this gift, however, making several mistakes and losing more ground to the leading Mercedes cars. All whilst holding up his increasingly frustrated teammate.

Perhaps worse still, however, was Leclerc’s strategy. Placed on a two-stop yet left out far too long to make effective use of it, instead being used as a roadblock and DRS enabler for his teammate. After finally being called in, all chances of retaining 4th place had been lost. Red Bull Racing’s Max Verstappen had pulled off an easy undercut as Leclerc was left 12 laps in which to make up a 15-second deficit. All in all, textbook Ferrari strategy. Leclerc certainly has good reason to be frustrated.

Alex Albon and Kimi Raikkonen save an otherwise dreary race

There wasn’t much overtaking on Sunday. But much of what we did see came from two stellar performances in the midfield from rookie Alex Albon and elder statesman Kimi Räikkönen. This is despite Albon’s severe crash in FP3 that saw him miss qualifying and start from the race from the pitlane. Despite the setback, come Sunday it was pitlane to points for the young Thai driver as he cut through the midfield making the one-stop work and holding off a late charge from Haas’ Romain Grosjean taking the chequered flag for a 10th place finish. A great performance overall that saw him earn the title of driver of the day from the fans.

Likewise, Kimi Räikkönen became the only midfield driver to score in all three races thus far this season. Despite qualifying in 13th, the Iceman cut through the field with relative ease dispatching both Haas cars, threatening Racing Point’s Sergio Perez for 8th but eventually having to settle for a very respectable 9th place.

Kvyat lives up to his ‘torpedo’ reputation

Any chance of points for Mclaren after a disappointing qualifying were totally eliminated after they fell afoul of Daniil ‘the torpedo’ Kvyat on the opening lap of the race. The Russian, after getting out of shape into turn 6 managed to collide with both Mclaren drivers on his way through. Norris got the worst of it, as his car flew through the air causing heavy damage to the front wing and floor, damage that would later necessitate an early retirement. Sainz comparatively fared slightly better but could only recover to 14th.

For his crimes, Kvyat was slapped with a drive-through penalty for ‘causing a collision’. One can’t help but feel that was a little harsh given it was a first lap incident and we’ve certainly seen drivers get off more lightly for much worse. Nonetheless, Kvyat too eventually retired from the race, which probably would have been punishment enough.

All in all, today’s results make for fairly glum reading for the neutral. Lewis Hamilton moves up to first place in the drivers’ championship with a 6 point lead over his teammate Valtteri Bottas and Max Verstappen stays in 3rd separating both of Mercedes drivers from their Ferrari rivals in 4th and 5th. Over in the constructor championship, Mercedes already have a 57 point lead over 2nd place Ferrari with today’s events showing little in the way of improvement for the Scuderia.

It’s certainly beginning to look like Mercedes may just run away with it this season, that is unless Ferrari can get their act together sharpish. Nevertheless, all is not lost just yet. In two weeks we go to Baku, Azerbaijan and a street circuit famed for causing total chaos. If you don’t believe me, I’d encourage you to check out the highlights from 2017 and 2018. If those races are anything to go by it’ll be a cracker, so don’t go anywhere just yet.