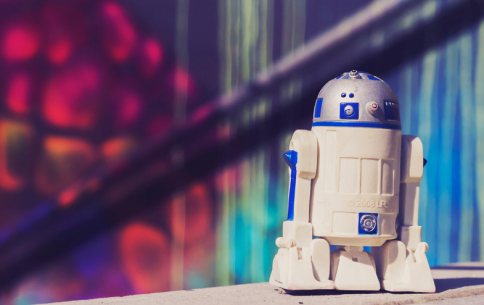 Cheltenham Science Festival has been & gone for another year & once again provided plenty of education, entertainment & excitment.

We headed along to three events across the final weekend to see what this years Science Festival was all about.

An impractical guide to leaving the planet:

With the likes of Elon Musk and Virgin bringing, or at least trying to bring, space travel to the masses a travel guide was the perfect thing to get us all prepared for that invevitable holiday we’ll all be taking.

From what to pack, what to wear, what meals we can all expect to how we’ll get there; everything was covered with an element of education with an added amusing edge. Giving an insight into just how far space travel and exploration has come & will go, Dallas Campbell, revealed some of the things he had uncovered in the research of his new book.

One thing Cheltenham Science Festival does really well is balancing humour & education, and this was perfectly demonstrated in An Impractical Guide to Leaving the Planet – how many Friday nights have you spent learning how a Space Suit works whilst also finding out about a manquinn that was sent into space filled with animals!? It was a perfect way to start our visit to the 2018 festival.

We’ve just about caught our breath from what was a superb six days of spectacular science at #CheltSciFest! ???

Here’s some fun festival facts for you all… pic.twitter.com/1LgJdL6iLR

The science of Star Wars:

A talk on Star Wars combined with science – how could we resist! With a crowd full of all ages, Karl Byrne perfectly balanced jokes and content taking us through how to build a light saber, how much energy the Death Star would need to actually function to just how fast the Millenium Falcon would actually be able to go.

Audience interaction was one of the great elements of the one hour talk, and not just the witty questions for the children in the audience. Laughs and jeers at his comments (and favouring of the original trilogy) as well as heckling comments and thoughts on what he had to say. Plus, who can resist a Star Wars meme.

The Science of Star Wars was a perfectly timed talk that presented new ways to think about, and watch, Star Wars. With elements of well thought out science and some a little more complicated than others we’ll admit, it left the audience deep in talks as they left.

We couldn’t end our time at the 2018 Science Festival in any other way than by heading to the Over Ambitions Demo Challange; the highlight of the event.
Each year three challengers take on the challenge of performing the most overly ambitious demo they can and this year being over ambitious was certainly present. From empty water cooler bottles filled with gasses being ignited to reverse obsticle courses to a syllable sing along; there really was a little bit of everything.

Of course, some experiments went a little wrong, but that’s all the fun of live science!

We couldn’t have thought of a better way to end our time at Cheltenham Science Festival 2018.

We can’t wait to see what next year has instore!