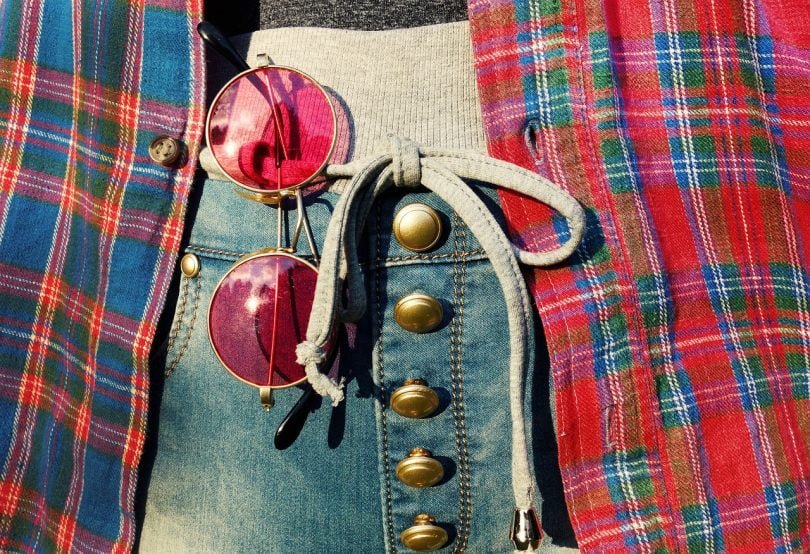 As a student, it was very rare that I made a guilt free clothing related purchase. I never needed a new jumper, and I could probably, if I tried really hard, make do with the vast collection of trousers I already had.

I’m still a student, however times have changed. I make guilt free purchases most weekends. I buy jumpers I don’t need and I don’t make do with the vast collection of trousers I already have, I find more to add to the collection. In fact, the collection is generally of much higher quality than before too. Sounds impossible bearing in mind I haven’t won the lottery I know, but it isn’t. The answer; charity shops.

Use our website to find your local charity shop to donate goods: https://t.co/7N99wJqP0m pic.twitter.com/zQiunhCSX3

I think when we’re younger most people go through a stage where fashion is really just following, it’s all about fitting in, and there is very much a right and a wrong. In hindsight fashion when you were younger was generally just bad decisions on mass.

When you grow older, you know what you want, and you’re more likely not to conform to social norms but instead, have an opinion of your own, whether your friends agree or not. For me, discovering charity shops has been so much fun.

There is a degree of skill involved in charity shopping, and I honestly think you get better with practice. Location is important, and your ideal location will depend on what you want to buy. Wealthier areas attract designer brands, and the price of items will often reflect this. Largely these charity shops will look nicer when you walk in. Less wealthy areas, tend to be cheaper but are more hit and miss, however they’re my favourite because when you do find something good, it’s cheap and feels even better. A skill most definitely required is patience, it isn’t like walking into a high street shop where you’re guaranteed to always find a mediocre purchase if necessary, and some things you come across will be truly hideous, but that’s part of the fun.

A further advantage of charity shopping is that you’re also being kinder to the planet. Charity shopping is a form of recycling. Every time you purchase something that’s second hand instead of something brand new, you’re reducing the need for raw materials and energy. When you buy brand new clothing, not only are you investing in new raw materials, but also the electricity used to run the machines in the factory, as well as the packaging and transport used to deliver it to you. When you invest in something second hand, you’re essentially buying something without all these extra costs to the planet. Just because something isn’t wanted by one person, doesn’t mean that it’s not wanted by another. In fact, fashion tends to come back round. For example, flares dominated the 1970’s but became less popular later on, however in recent years the flares have begun to make a comeback. For me, finding a pair of flares that were around when flares were in their prime was a lot cooler than buying a pair of new flares. Why have a copy when you could have an original? As well as this, I sometimes find myself eyeing up older clothes in my Mum’s wardrobe now. Five years ago, that is not something you would have heard me saying. Whether this is because my fashion taste has changed, or what used to be deemed as hideous is now cool, it proves that you can’t put a best before date on clothing. A downside to this, is that once you realise it, you will never want to get rid of anything – just in case it’s the height of fashion in a few years’ time.

I have also begun, after finding that my bedroom at home is exceeding its maximum storage capacity, a cheeky way of making money. I find clothes that I think will sell, and sell them online on eBay/Depop, often making a sizeable profit. I did wonder if that was right, buying cheap from charity shops and then making money for myself, but I thought about it, and actually, giving to charity weekly in the first place is something, at my age, I wouldn’t necessarily do if it wasn’t for my initial purchase.