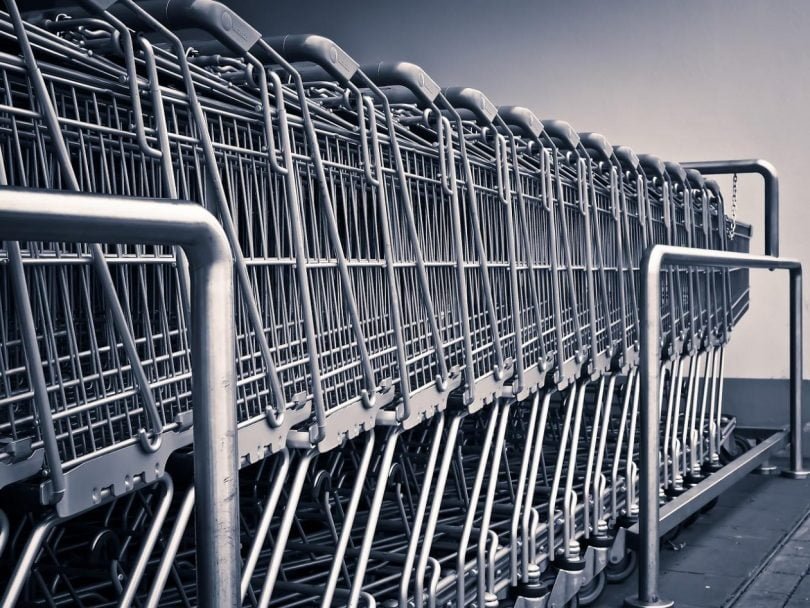 Written by Kealie Mardell
Fancy a new challenge?
Fancy a new challenge? Why not try No Supermarket September? The event aims to promote the use of local produce, taking away profits and power from supermarkets.
No Supermarket September is about showing supermarkets that you want a diverse choice of locally grown, responsibly sourced, nutritionally sound, safe and tasty food. Kettle Mag spoke with Ash Lydiate from Bare Yields, who are promoting the event. The idea came from a friend of theirs, Adam Craddock.
“He’s been a great supporter of ours from the start and has a great mind on him,” Lydiate said. “We offered to act as a springboard for the idea using our existing outlets and networks.”
By taking the challenge you join a group that says:
“From the 1st September, we will refuse to buy ANY food from ANY supermarkets for 30 days in a big to bring back the love for small-time local growers, greengrocers, farmers’ markets and any other food vendors you can find in your town that aren’t life sucking chain-stores of despair! Even better, you can get out and forage or grow your own.”
In 2013 one group took the No Supermarket Challenge to its highest levels by keeping local for the entire year. You can find out their rules and advice here.
About Bare Yields
Bare Yields is a small, start-up project created by Lydiate and friend Jon Thompson, which they have been working on over the last few months. The business is born from a shared passion for good food and environmental concern.
Their aim is: “To empower individuals, communities and organisations in producing food within urban environments.”
In the initial stages their progress has involved running small workshops in London, but they hope this was develop into setting up small hydroponics and vertical farms in urban communities.
Lydiate said: “What we want to see is a reduction in the current unstainable practices seen in the food industry which have, at large, been driven and exacerbated by the big supermarket chains.”
Supermarkets are focused on cost efficiency and the need for long lasting, uniform looking produce. This has led to major issues in both the quality of food, and the negative effects on the surrounding environment, explained Lydiate. The problems arise from transporting, processing, packaging and storing items which could be produced on our own doorstep.
“Drive for bigger and faster yields has led to farmers having to use gratuitous amounts of fertilisers, pesticides and other toxic chemicals which can be hazardous to both our individual health and the health of the surrounding environment and wildlife it supports,” said Lydiate.
Impossible demands
The demands for cost efficiency and profit mean that smaller producers and vendors are failing. In 2009, three dairy farmers a day were going out of business in the UK alone due to the inability to keep up with supermarket’s demands of their suppliers.
“I witnessed this recently when a friend of mine’s family dairy farm went under,” said Lydiate. “They were selling organic milk to Waitrose who are regarded as one of the most ethical fair traders out of all the supermarkets here. They simply couldn’t match the price cuts Waitrose were demanding without going further into debt and expanding beyond their means.”
This is just a small example of one farm selling premium products to one of the fairest supermarkets. On a greater scale, there are countless organic and ethical producers who are being cut off by big supermarket chains.
“Quite simply, unless you are a mega-rich company with masses of capital, a lot of land and enough machinery and technology to make the Autobots and Decepticons drool, there’s just no space for you anymore,” said Lydiate. “This creates an unfairly biased and monopolised environment with little room for competition.”
The issues raised by Bare Yields and their association with No Supermarket September do not only address the businesses involved, there is also a concern over the quality and nutritional value of food produced by intensive and industrialised methods.
“This is what is demanded by supermarkets today for almost all of the fresh produce on their shelves – Bland food, that may be super cheap and look how we have grown to expect it to look, but is ultimately an inferior product,” Lydiate said. “In fact, it’s less than inferior; it causes environmental and social damage.”
Bring back a balance to the food system
This is where No Supermarket September can begin to make a difference, by raising public awareness and supporting local producers and vendors.
“Spending the 30 days of September being more thoughtful and careful about how your food is produced and where you buy it from is a very poignant and meaningful challenge,” said Lydiate.
“The effort and hard work those small time farmers put in to lovingly creating good quality and nutritious food against all odds is awesome,” he said. “That farmers’ markets see no difference in taste and nutritional quality between a slightly misshapen product to one that looks polished and pristine – and sells it anyway – is precisely what we need more of.”
Bare Yields are offering advice and direction to everyone who is interested in taking part in the challenge. They can suggest alternative and responsible sources and facilitate communication between people in similar locations to share their experiences throughout No Supermarket September.
You can learn more and set your own challenge by visiting Bare Yield's event page here, and have your say on the challenge in the comments section below.