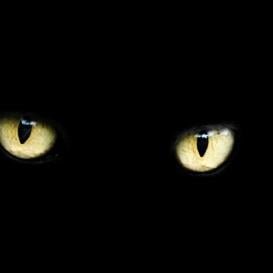 A cat who enjoys snatching the mail as it drops through the letter box has been identified as a “potential hazard” after a health and safety risk assessment was carried out by Royal Mail.

In a report in theindependent.co.uk a letter from Royal Mail has been sent to Matthew Sampson and Laura Lowe of Patchway, near Bristol demanding that “…the level of threat requires action to be taken.”The letter, which has been shown to the BBC, went on to say that the owners had to find alternative methods for delivery or risk having their deliveries stopped altogether.

Mr Sampson was quoted by the BBC as saying he was “shocked” at what they had claimed about Bella, as he had “never seen her aggressive.” He did however understand where the postman was coming from even though the tone of the letter amused him.

This is not the only potentially hazardous cat that has riled the Royal Mail. According to the BBC website, in 2010, a cat called Tiger scratched and chased postal workers in Farsley, Leeds when they tried to deliver to his owner, Tracy Brayshaw. This resulted in her having to pick up her mail from the nearest sorting office following them placing a ban on their postal workers delivering to the property. She found it quite bemusing describing her cat as “a 19 year old geriatric cat…that likes lazing in the sun.”

The Royal Mail do arm their workers with postal pegs which aid in the delivery where an attack is probable. Not that it would have been any use during the delivery of post to thirteen properties in Queens Crescent, Chippenham in 2012.  Deliveries here were suspended after the postal worker received “nasty and painful bites on his arms and legs.” Not this time from marauding cats – but fleas. The residents from the Green Square Housing Association also had to collect their mail from elsewhere. The Royal Mail spokesperson at the time commented that it was the “surrounding grass and pathway” that the postman used to access the properties where he experienced the flea infestation. However some of the properties were treated too.

While cat attacks do happen it is mostly dogs that still remain a problem for the postal workers. There were 3,000 dog attacks reported on postmen and women in 2014-15. I couldn’t find any statistics on the fleas…they are probably still counting them.

Meanwhile in Patchway, Bella’s owners have come to an agreement with the Royal Mail who stated, “We’ve now spoken to Bella’s owners who agreed to install an external mailbox which will allow the postman to deliver safely to the property.”