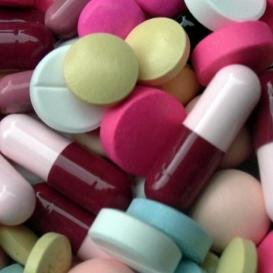 In the last 30 years, there has been very little progress in the discovery of new antimicrobials, this has resulted in significant concern within scientific communities and government organisations such as the WHO. Resistance to antibiotics is ever increasing due to bacteria’s ability to rapidly acquire resistance to these drugs therefore it is predicted that we are getting closer to living in a world where people will die from bacterial infections which were once curable.

But at the beginning of this month a paper published in Nature gave us new hope! L.L Ling’s research group from Massachusetts, USA, have been able to culture previously non- culturable bacteria, and with this have been able to delve into their ability to produce antibiotics.

How Does Antibiotic Resistance Develop?

Why is this of such importance?

99% of bacteria cannot be cultured in a laboratory, which therefore limits the number of species that can be researched, and not surprisingly, all of the easy options have been exhausted! Many common antibiotics, which many of us will have been prescribed at some point in our lives (Penicillin and Streptomycin) have in fact been produced from soil dwelling organisms. But it isn’t easy to mimic these soil conditions in the lab, which is why little progress has been made recently.

However, this new research has used innovative technology to mimic the in vivo environment to grow the organisms in order for them to be further investigated. The iChip, as it is being named, works by sorting individual cells into single chambers. These chambers are surrounded by semi-permeable membranes which allows essential molecules from the soil to diffuse into the iChip.

This creates the ideal environment for the bacteria growth (Nature). This is fascinating technology as it allows about 50% of organisms to grow, compared to the 1% estimated which we can grow in the lab on agar.

Ling’s research screened 10,000 colonies against Staphylococcus aureus, the causative agent of MRSA, and the production of teixobacin was significant enough for publication. This antibiotic, which comes from the bacteria Eleftheria terrac, is exciting as it difficult for bacteria to develop resistance to it. The antibiotic works by binding to lipids thus preventing bacterial cell wall biosynthesis and resulting in cell death. It is predicted that resistance will be difficult to achieve as bacteria would have to alter their lipids which would take a significant amount of time.

In trials, teixobacin has shown excellent antimicrobial activity against Gram positive bacteria such as Staphylococcus aureus, enterococcus species, MRSA and Clostridium difficile and also to have action against Mycobacterium tuberculosis, the causative agent of TB. This is of huge importance as MRSA and C. dif are nosocomial infections (hospital acquired) infections which have high mortality rates, and just hearing about them sends shivers down most people’s spines! Teixobacin has superior activity to vancomycin, which is the only other antibiotic that can be used against MRSA. Tuberculosis is notoriously difficult to treat, with several different antibiotics being prescribed over many months, this new compound has the potential to revolutionise TB treatment!

This is an exciting discovery, and the research group have at least 24 more compounds to test as possible antibiotic candidates, so watch this space!