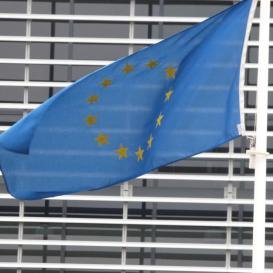 Prime Minister David Cameron has told MP’s that a Brexit from the EU could, “hurt working people for years to come” leading to the country taking a “leap into the dark” after the referendum on 23rd June.

He outlined that in the event of a vote to leave the EU, exit talks would begin immediately with the instigation of Article 50 in all treaties, which allows for a country to leave. Once instigated, the negotiations around the circumstances for a country’s exit can take up to two years, but, unless there is agreement by other member states, if negotiations aren’t successful, the UK would leave the EU automatically with no further room to negotiate.

Mr Cameron said that the UK would be, “safer and stronger” as a result of the renegotiated deal. He said that it was better for the UK to negotiate it’s position on treaties from within the EU than have them imposed as an outsider. Regarding national security, he said with the increased threats from IS, amongst others, that, “this was no time to divide the West”

Mr Cameron added that, although the decision to remain within the EU was purely down to the British public, it was only sensible to take advise from other nations, remarking that many of the UK’s major trading partners such as India, China and the US would be concerned and shocked at a decision to leave the EU, with, “only Vladimir Putin” being happy at an exit.

However, from a trading and business perspective, concerns may be raised by those opposed to the controversial TTIP, when Mr Cameron said that the sooner this deal was signed the better.

He reiterated that he would not be standing for re-election, and said, of the deal with the EU, “I have no agenda other than what is right for the country”

Labour Party leader Jeremy Corbyn, affirmed the commitment of the Labour Party and the Unions to remaining within the EU, and said that the various and complex issues facing the world today can only be tackled with global cooperation.