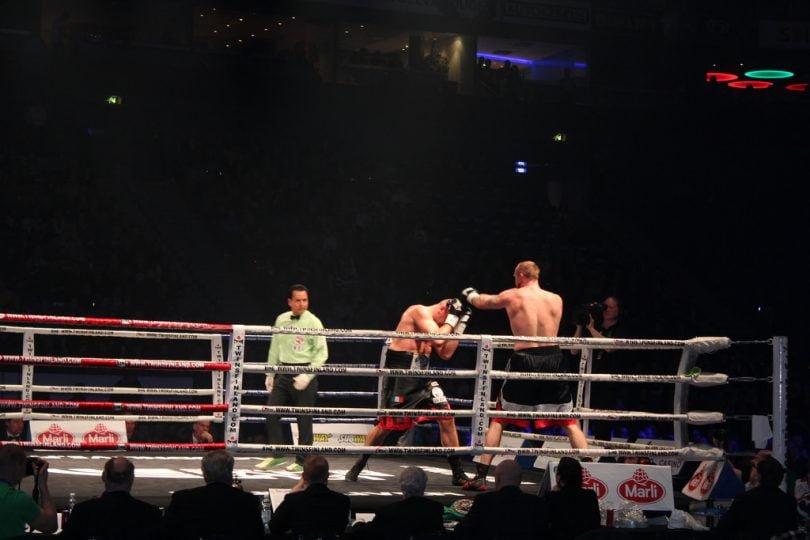 Boxer Mike Towell, 25, died on Friday night as a result of serious injuries he obtained in a bout he had fought the previous night in Glasgow, sparking calls for boxing to be banned.

The Dundee native was rushed to hospital after a fifth-round loss to Welsh boxer Dale Evans at the Radisson Blu Hotel.

Towell's partner Chloe Ross took to Facebook and said he had “fought right to the end”.

Ross wrote: "He had been complaining of headaches for the last few weeks but we put it down to migraines with the stress of his fight."

In the aftermath of the fight, brain injury charity Headway has called for a ban on boxing in the UK.

Peter McCabe, chief executive of Headway, said: "How many more lives have to be damaged or lost before this senseless sport is banned?”

Towell’s death comes months after 25-year-old Nick Blackwell’s retirement from the sport due to his own head injuries obtained in the ring, which in him being put into an induced coma.

But some members of the public disagreed and called for reform instead of a total ban, in reference to Towell’s pre-fight headaches.

Elizabeth, a 20-year-old student, said: “If the person participating is fully aware of the potentially deadly risks but chooses to continue, then that's their own choice and we shouldn't interfere.”

While Rebecca, a 21-year-old student, said: “I don’t think they should ban boxing, I think there should be tighter pre-fight medical checks.”

The strengthening of social mobility through boxing was also highlighted as Darrel, 50, said: “Boxing gives a lot of underprivileged people focus and structure.”