I played Call of Duty WW2 on the midnight of its release date and I’m glad to say that it was definitely worth the wait. I always find it challenging to decide what to play first when a new CoD game is released: campaign, zombies or multiplayer – multiplayer usually wins. For the first few days, the servers seemed to be having some trouble, in fact, it was taking around 10 minutes to find a game sometimes, but supposedly this has been fixed. On another note, I realise that Advanced Warfare was a well-liked game for many people, but I hated it; so if you share my hatred for Advanced Warfare, I’m sure you’ll like WW2. Sledgehammer Games have actually exceeded all expectations with this game, in my opinion.

I love that it has gone back to basics, no jetpacks, and no exosuits… The minimalism doesn’t stop there though; with only one perk slot being available there is definitely a lack of customisation. The multiplayer social hub is definitely worth mentioning as you can walk around your headquarters whilst waiting for a game; it allows you to try out different weapons, pick up ‘challenges’ and more. This is a cool, new feature, however, it’s not really something that I feel is needed. The maps are undeniably stunning with familiar areas such as London Docks being featured. I can’t find many faults about the maps; I found that one of them was way too wide and open – and it wasn’t uncommon for me to be continuously, and frustratingly, shot from the other end of the map. Other than that, the other maps have great spots, and I was glad to see another one based on a boat after loving Hijacked from Black Ops II so much. 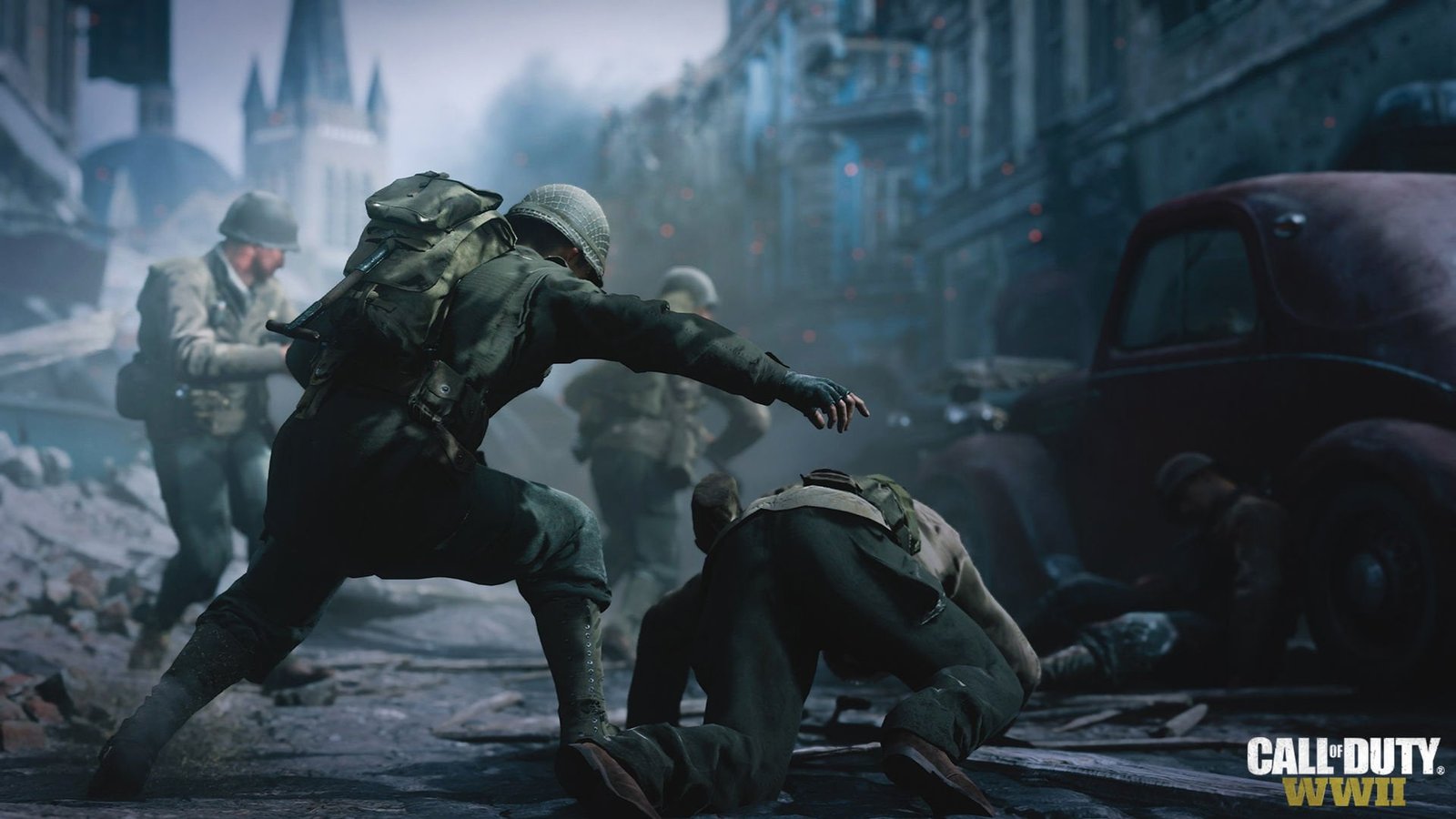 I haven’t played too much of the campaign, but from what I have played I realised that it’s definitely harder than previous CoD campaigns. At first, I thought it was just me that thought this, but then I found an article on Polygon that reassured me that the difficulty had consciously been altered. Sledgehammer wanted the game to feel more real and wanted the character to be like a common man, as opposed to some trained, professional soldier. There is no regenerating health, which is one of the biggest contributing factors as to why it’s difficult; you have to rely on med packs you find which boost your health or your team mate that can pass you med packs. There are multiple characters that can provide you with different things like grenades, ammo, etc. This means that you’re sometimes limited as to how much freedom you have, as you always want to stay fairly close to these characters – but that’s all part of the difficulty I guess. 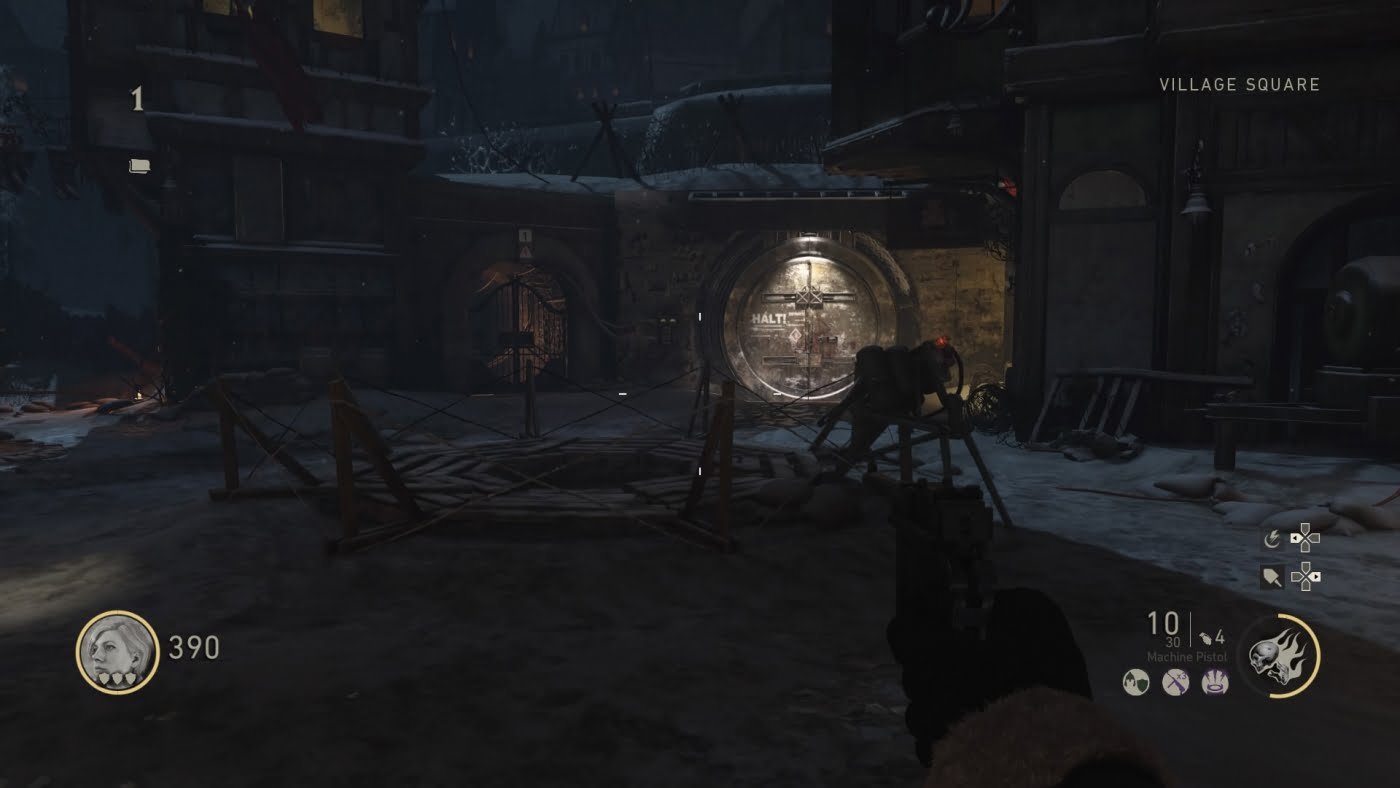 My all-time favourite zombies maps have got to be Kino der Toten and Ascension from Black Ops, and I really get a similar vibe from The Final Reich; in my opinion, this map is like a mix between Ascension and Nacht der Utoten from World at War. The map is absolutely huge, so there’s a good mixture of different landscapes to explore and escape to. The storyline is fresh and completely different from any other Nazi Zombies, and you’ll notice some familiar faces in the characters e.g. David Tennant and Ving Rhames. There are also some incredibly annoying boss zombies that show up every few waves, along with more regular zombies, and they are pretty hard to kill when you have no idea what their weak spot is. Although it’s great fun, and supposedly there’s a lot more to it than meets the eye, I still find the zombie’s mode to be kind of repetitive – I grew bored by around wave 12 (but that’s just me and my lack of attention span).

Overall, WW2 goes back to basics in more ways than one, and Sledgehammer Games have definitely revived the reputation of COD being a great FPS that appeals to many audiences. Thankfully, this game is a whole lot different to Advanced Warfare, so hopefully, it won’t disappoint any fans that were hoping for another world war edition.