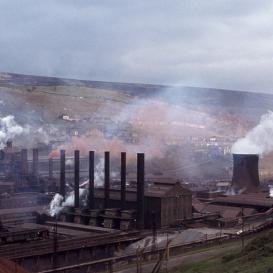 On the 20th October 2015, Tata Steel, an Indian multinational, announced that 1,200 of its UK-based staff will be made redundant. Tata has said it is scaling back its UK businesses: this latest news will affect solely operations in Scunthorpe and Lanarkshire.

This is not an isolated problem. Earlier in the month, it was revealed that 2,200 jobs are to be lost at the SSI Radcar steelworks.

A number of contributing factors have been discussed regarding just why the UK Steel industry is stalling. One is that the UK has relatively high business rates and electricity prices can be 50% higher than other major European companies, not exactly of benefit to an industry as energy intensive as steel making. The European Union also has particularly harsh rules disallowing generous state-aid to manufacturing companies. Many of the people affected by the job losses may become more frustrated and disillusioned with Britain’s position within the EU, raising questions over next year’s referendum. And the strong pound is another factor discouraging many from exporting steel.

Another problem is competition from China. Chinese corporations have been selling steel at cut-price in the UK. In 2013, China manufactured 779 million tonnes of steel, compared to 11.9 million in the UK. Chinese companies produce so much steel that they are looking abroad for buyers, and ‘dumping’ steel into European markets. This problem will, at least for the short term, not be resolved as China battles its own stock market crash.

This is a systemic problem: the UK is by no means the only country with the resources or infrastructure to manufacture steel.

One in six jobs in UK steel are at risk

From a solely economic point of view, UK steel is becoming a less and less important part of the wider UK economy. In 1990, UK steel formed 0.5% of Britain’s economy, but right now it constitutes about 0.1%. Profits from steel have also been rather flat since 1997.

But many Labour MPs are warning the economy is not the only consideration: whole communities depend upon the industry. 30,000 people Britain’s are employed in the steel industry which, although far less than the 200,000 in the 1970’s, is still enough for many to think negatively of the government’s apparent nonchalance on the issue.

John Park, who is the assistant general secretary of the trade union Community, said,

“We have been saying for years that more government action is needed to support UK steel as a vital foundation industry. We have made clear that the situation is urgent. Despite these warnings, the government has been too slow to respond.”

Sajid Javid, who is the business secretary, said

“This government is doing everything within our power to support you”

“”We will not abandon you now in your greatest time of need.”

“Next week I am going to Brussels and pushing for urgent action.”

“There are some things that the British Government can do better, such as action against other trades.”

“All these things we have to work with, with our partners in the EU.”

Javid was chastised by the speaker of the house of Commons for speaking over his allotted time on the subject.

Government help could solve the issues associated with the UK steel industry. Investment from abroad and the lifting of EU restrictions could also aid recovery. None of those three are expected to particularly care for the communities affected by the recent redundancies, but there is still definite promise in this once thriving sector.