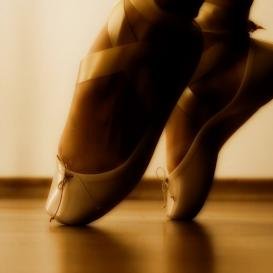 Eight months ago, the video of black ballet dancer Eric Underwood went viral on Instagram. He filmed himself putting makeup – something looking like bronzer or dark powder – on his pink ballet shoes, in order to match with his skin colour. In the caption, he tagged three ballet shoe companies: ‘If you create more than one flesh tone I’ll love you forever!’ He also used humour in the hashtags #NoMoreMacOnMyFeet #BalletShoesIssues #MyStory to urge companies to help him.

Traditionally, ballet shoes are pink in order to match the dancers’ skin, thus giving the illusion that they are dancing barefoot. However, these dancers are white in the majority, as The Magazine Pointe, specialised in ballet, pointed out in an article called ‘Behind Ballet’s Diversity Problems.

The article points out the factors which contribute to ballet’s lack of diversity. Some argue that ballet training is expensive while some blame schools and companies, which do not provide support for young dancers from minorities. However, the main argument is that ballet dance for white people, as American Ballet Theatre’s executive director Rachel Moore denounces: ‘There are people who define ballet in a very specific and historic sense, and think it should look like the Mariinsky in the 1950s’. When we check out the Mariinsky’s website today (The Mariinsky is a famous Russian theatre) the message is clear. The principals, guest soloists, first and second soloists as well as principal character artists are white, except from one South Korean male dancer. Many argue that black bodies are unsuitable for ballet – apparently they do not have the right body, but that is purely myth, according to Rachel Moore.

As a result, the number of black ballet dancers is extremely small. Only two black dancers out of 64 perform at the English National Ballet. Russia’s elite Bolshoi Ballet has no black dancers at all in its company of 218 dancers. The names keep on going, with disappointing results. As a consequence, the costumes that ballet dancers wear are peach or nude coloured: from ballet slippers to tights, the tradition is unconsciously racist. White skin is not just the norm, but the uniform, states the Huffington Post.

Eric Underwood, on his Instagram account, explains the routine he has to go through before every show: ‘I have to ‘pancake’ my shoes with make-up before I can go on stage’. He also adds that he needs to repeat this process regularly during the show because the colour rubs off during performances. His urge to create more flesh tones for ballet has been heard by the company Bloch: both parties are currently working on a new shoe called ‘Eric Tan’. The dancer posted the picture of the shoe on his Instagram account and could not contain his excitement with the hashtags – always humorous – #ItsTheSmallThings #AllShadesofBallet.

Will the world of ballet change?

Whether the world of ballet is going to change its all-white tradition remains to be seen. As a matter of fact, in 2015, Misty Copeland became the first ever black ballerina to dance ‘Swan Lake’, a masterpiece in the world of ballet. She performed alongside fellow African-American dancer Brooklyn Mack in Washington D.C. A huge win for this ballet dancer who started at the American Ballet Theatre in 2001: ‘Swan Lake was not something I ever saw in my future in terms of dancing the lead’, she told the BBC. ‘It’s just something that’s so engrained in the ballet culture (…) that you just envision a certain type of person portraying that role. It’s incredible to be able to be a brown swan’, she concluded. After overcoming racist comments for years, her outstanding performance finally shut down her haters.

What do you think? Do you think it’s time for ballet to become more inclusive? Let us know in the comments below!