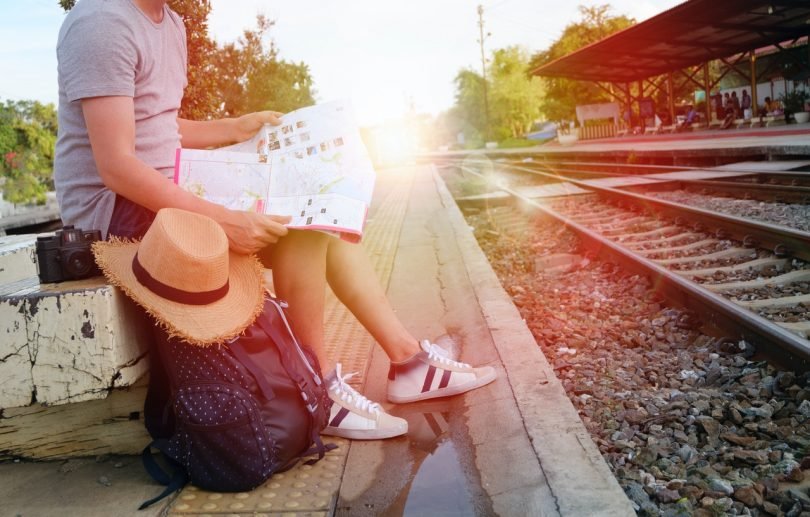 The year abroad is often seen as a glorified gap year. We’ve all the seen the Instagram stories of sunsets under Spanish skies with sangria in hand, or a “candid” snap of a student smiling into their gelato on a Venetian canal. From the outside, or the phone screen of a language student’s Facebook friend, the year abroad looks dreamy. The reality of living abroad can be incredibly different.

As a language student who just returned from their university year abroad, I’ve been struggling to articulate some of the feelings that I felt while I was living in France. I think what I spent a lot of time feeling was shame. I felt ashamed for choosing to come home over the February holidays. I felt like I was letting myself down for spending the odd weekend catching up on my planning instead of partaking in another exciting, yet exhausting, weekend trip away. Whenever I wasn’t on the go and out trying something new, I felt like I was doing my year abroad wrong. The assistantship programme itself is only seven months long and the 30th of April, the end of my contract, was constantly looming in the back of my mind. If I didn’t go out this weekend, would I have enough time to fit in everything before leaving France?

Part of this pressure comes from the hype that surrounds a year abroad. It is often advertised as the best year of your life and a real chance to experience life abroad. Your university will emphasise the need to make the most of it. Although I believe this is true, it is also important to look after yourself. I chose to go back to England over that February half term because I was very homesick. Although I could have used that extra week to travel to another European city, as some of my friends did, I felt that I would benefit more from some time at home with the people that I was missing.

Looking after myself and my mental health was much more important than cramming in an extra trip, and there is no shame in this. I also spent a lot of time beating myself up over the fact I was homesick in the first place. When I looked at the social media pages of other students from my university abroad, it did not seem as if they were having the same struggles as me. However, after having actual conversations with some other students, I soon realised that most people suffered with some form of homesickness, loneliness, or general struggle. The pressure to be ‘living my best life’ was also one felt by many a year abroad student.

This isn’t to say that I didn’t enjoy my year abroad. I made incredible friends from all over the world who helped me through my homesickness, and we were able to do a lot of travel on my assistantship wage. I spent most of my weekends in Nancy or Metz drinking pints of Mort Subite and laughing about the weekly teaching mishaps and awkward language exchanges. When I look back on my six months abroad, I can compile a whole list of all the happy, exciting, and hilarious memories I was able to make. When the end of the year roles around it is very easy to gloss over the moments where you struggled and fill the gaps with other fun memories. I now realise that taking the time to look after myself and take a break when necessary meant that I was able to spend the rest of my time putting myself out of my comfort zone and getting stuck into life abroad.

I think it is incredibly important to talk about how difficult and challenging living abroad can be and to ensure future students heading on their travels that they are not only in the struggles that they face. You cannot do a year abroad wrong, only tailor it to suit you and your needs.

French and History student at the University of Warwick. Travel, food, and lifestyle writer.