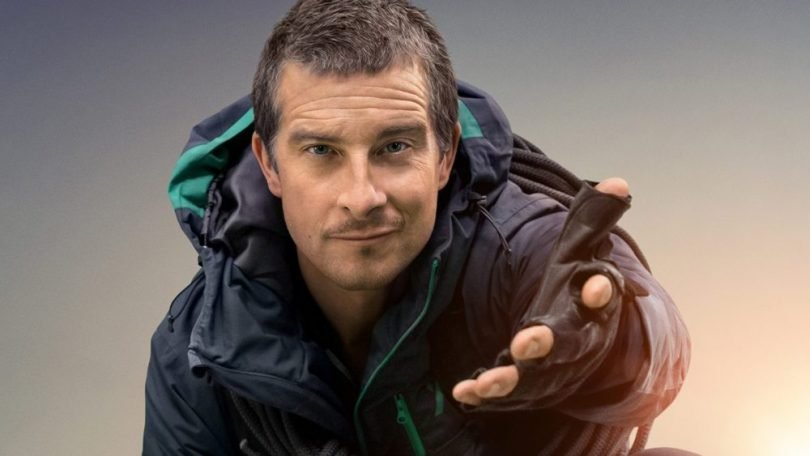 Ever since Netflix released Bandersnatch and its revolutionary interactive smart features, a new potential for television’s future shot through optimistic telly fans like bullets made of sunshine. Netflix seemed to be the frontrunner in a solo race to the new age of interactive storytelling (outside of video games that have been doing it for ages), but Netflix was only just finding its stride when it tripped over a vine and broke both of its legs. I am talking about its latest emission, You Vs Wild.

Bear Grylls is not an actor, nor is he all that likeable, so forcing him to try and be both of those things is cruel. You Vs Wild is an interactive multiple-choice adventure series in which you help Bear travel through different environments for extremely vague and inconsequential reasons.

In the first two episodes, Bear (which I will continue to call him for the sake of continuity despite the fact he is not an animal and his name is Edward) is on the hunt for a missing relief worker who was tasked with transporting important malaria vaccinations to children of the rainforest. The ever-indecisive Bear needs your help in making simple 50/50 decisions he could probably make on his own, each one scrupulously over-explained as if it were key evidence in a war crime tribunal.

The second most thing I dislike about the show – and I think it will be a recurring problem in the early stages of this technology – is that there is no subtlety to how you make your choices; each one is given a clunky build up, a patronisingly dense explanation and a deciding pause so unnecessarily long you might just decide to watch something more worthy of your time. If you could ever find yourself immersed in the show – and trust me, you can’t – the immersion would be immediately broken by the laboured way in which you have to choose. Whether this is an unavoidable problem with the interactive genre or whether it will one day be resolved I don’t know; it is too early to tell.

In case you were wondering, the thing I most dislike about the show is how difficult it is to kill Bear. It seems – despite the constant danger he puts himself in – as if he is doomed to succeed, irrespective of the choices you make to the contrary. In the first episode you can come close by sadistically forcing him to walk across a thin branch suspended high over a chasm, but annoyingly he survives the fall and either climbs out with a grappling hook or stares into the camera and tells you the mission is over – depending on the first choice you make back in the seaplane. At least in the early episodes your choices are acknowledged and placed inside a narrative, no matter how implausible or hastily constructed that narrative might appear.

Because the series is eight episodes long – yes, they made eight – towards the end they don’t even bother building a story and sometimes disregard your choices all together. In episode eight Bear is dropped into an unidentified area of “European wilderness” and forced to get from one place to another for absolutely no reason at all. The first choice in this episode is whether you want Bear to front flip or back flip out of a helicopter, neither of which have any influence over the rest of the episode and exist solely to showcase Mr Grylls’ ability to fall into water. Later you are asked whether Bear should eat tree bark or a worm, and when you inevitably pick the latter option Bear tells you it’s dangerous, throws the worm away and eats the tree bark instead; not only to confirm the show is an exploitation of a modern gimmick but also to serve as an all-encompassing metaphor for the pointlessness of everything.

I don’t actually hate Bear Grylls that much. Yes, you can imagine him kicking poor people to death with his Eton contemporaries and yes, he constantly looks like he’s just smelt a fart; one that he recognises and can’t quite figure out why, but his Action Man attitude and delivery is bizarrely captivating. This show, however, is truly, truly awful. The humour in its shoddy execution soon subsides into boredom. You can’t even reap pleasure in the anarchic harming of Bear because your choices always seem to end with him completing his mission. It’s as pointless as playing yourself at chess, knowing you will always win.

My advice to the viewers of this existential fever-dream would be this: make the most significant decision of them all and turn it off. Try instead to find an old Ray Mears documentary or better still; go outside.