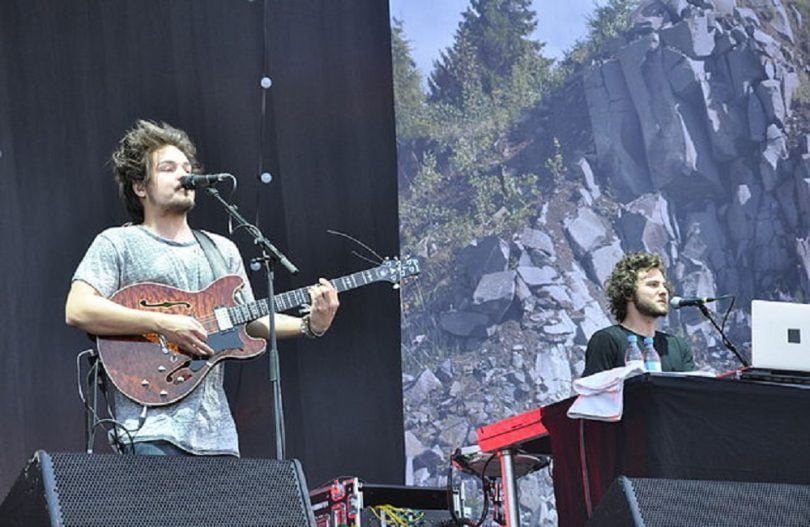 Milky Chance – a band whose music has recently bounced back into the alternative scene and who is one of my own personal favourites.

The duo originate from Kassel in Germany and consists of lead vocalist Clemens Rehbein, guitarist Antonio Greger and producer Philipp Dausch. Dausch is also the band's DJ, which gives their music an additional electronic feel.

Rehbein and Dausch met at secondary school and felt they had a connection when it came to music. They continued to write and upload songs to YouTube where they soon were noticed.

The group only played two live shows before going on to record their debut album. The first song which was released was their well-known track ‘Stolen Dance’. In an interview with Edmonton’s Sonic radio show, the band said that it took them three years to write the song.

The band originally claimed to have had low expectations of the song but it soon went viral and was a single which gained a lot of love.

Sadnecessary is the debut album by the group which features ‘Stolen Dance’ and ‘Flashed Junk Mind’. The album peaked at number 14 in Germany and features much of the well-known reggae beats which make the band so well known.

As a result of the release of this fantastic album, on 5th December 2013, the band received the radio award of 1Live Krone for Best Single with ‘Stolen Dance’. This only allowed the band to surge to more popularity yet still keep to their roots.

Sadnecessary was also nominated for IMPALA European Independent Album of The Year.

Blossom is the second album released by the band. It was released on 17th March 2017. 'Ego', from the album, is the first song which features discernible rhythms from guitarist Antonio Greger. ‘Ego’ happens to be, for me, the catchiest tune from the album.

Milky Chance is touring with the album across America, commencing on May 31st.

This duo is one to watch – especially with the rise of their new album.

The band can be found on Twitter and their music is also available to download on iTunes and stream on Spotify.

What do you think of Milky Chance? Let us know in the comments below!