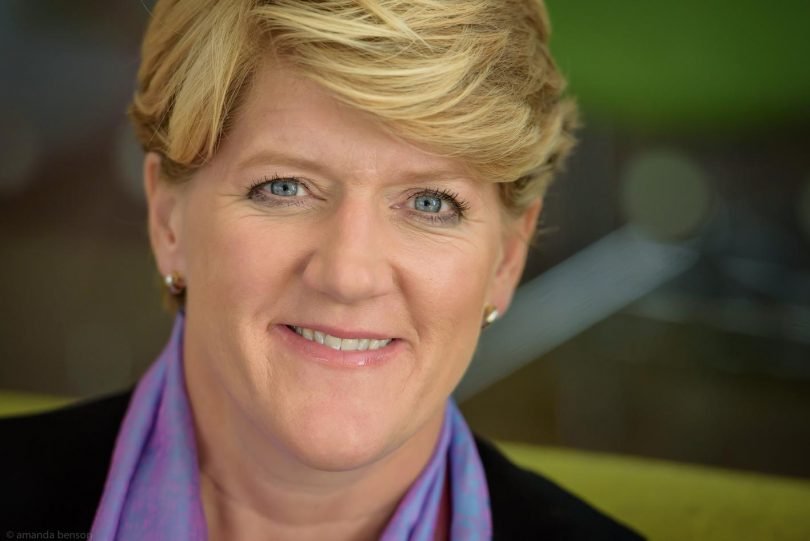 I never thought I’d say that, after reading just one article, I’d be frustrated with Clare Balding. A pioneer in changing the perspectives of the stiff upper lip horsing crowd and their views on gay rights, I always thought she was an admirable leader and role model to all women.

How wrong I appear to have been.

But, yes, I can say that now. I can also say I’d never expect to watch an icon of integrity and national recognition ignore such a blatant opportunity to stand up for an issue about which all journalists have to shut up and suck up these days, let alone come to realise that she’d actually contribute to it.

Last week, Ginny Dougary expressed how a feature interview for Saga Magazine would soon become a nail in the coffin for the grievances journalists have to just put up with when there are celebrities involved.

In her piece for The Guardian, titled ‘How BBC star Clare Balding nicked my byline’, she explained how the current downfall of journalism has been escalated by celebrities who would rather promote their latest products which puts you, the reader, in danger of – dare I say it – fake news.

Ginny said that she turned up and chatted away to an “unprickly” and “friendly” Clare, and wrote up her feature afterwards.

She then sent it to the editor and got an email back saying it was good, but, was missing an exclamation of how ‘lovely’ she was, in other words… a sprinkling of arse-licking and cherries, *cough* promotion of her new children’s book, *cough*, on top.

Second email in, and the editor told her it’s "too gay", and that Clare and her team agreed.

Her piece was re-written and a copy sent over, with quotes from Clare herself dotted in.

Subsequently, she demanded for her byline to be removed.

Is it more of a slap in the face, that she’d have her work changed, albeit directly or indirectly, by a fellow female professional, or that it’s by someone who works in the same field as her?

(Balding’s employed by the BBC, for god’s sake.)

For starters, editors can be irritating, of course they can. They really are a ‘sh*t happens, deal with it’ cog in the machine. One that won’t, and shouldn’t really change. They have the power to change what is written whether your name’s on it or not. And they are needed. Ginny knows this. She knew it decades ago, and she knew it before she interviewed Clare.

But what she found so evidently frustrating is this question: are the celebrities that feature in stories, now, suddenly, allowed to censor what journalists are employed and entrusted by our democracy to do?

Not only that, she’s shaped the minds of many people, just as Clare has, which is why this whole debacle is even more disappointing, whichever way you look at it.

In her article, Ginny said: “There is an unwritten pact between a publication’s journalist and reader – certainly in reputable publications, which Saga (the magazine in question) is – that what they read is real.”

She is so clearly expressing her disbelief at what journalism is becoming.

As a people, we are polluted if we don’t have access to honest journalism, the journalism we crave, need, …and pay for.

There are, however, two sides to every story. Saga released a statement denying that Balding’s PR squad had any say whatsoever on went in the story.

Re the Saga saga, today has been an exercise in self-restraint.The editor has issued a statement clarifying that she asked for changes (1/2)

(2/2) and I did not have copy approval. I would certainly never ask anyone to call me 'lovely'. Gorgeous maybe – but never lovely! #Sagasaga

What a shame that Clare was so busy protecting her image that she felt in unnecessary to comment on the very heart and essence of what Ginny was getting at.

Saga Magazine Editor, Katy Bravery, added: “Saga Magazine edited the interview with Clare with the involvement of the writer. It was the editor’s view that the original article did not cover the wide range of issues that Clare holds dear.”

“The writer is mistaken in thinking that copy approval was given. It was not.”

Saga Magazine does not offer copy control, and interviews that require it are declined. In this case, quotes were checked for accuracy alone. New quotes were sourced to rebalance the article against deadline.”

“It is the editor’s decision alone to edit an article that is not exactly right for the magazine and Saga Magazine does not defer that decision to PRs or interviewees.”

Let’s leave ‘Baldingate’, (as Ginny so aptly named it), for a minute, and look at the bigger picture.

Ginny Dougary doesn’t just seem pissed off at being silenced by a big BBC-I-am, or by a glossy mag, or by having a much less experienced journalist tell her that her writing isn’t quite nice and plain and boring and chocolate box enough, or that a celebrity’s PR manager doesn’t approve.

Because, after years of being silenced not only because of her gender, but by simply being a woman in a predominantly male industry, let’s face it, she’s probably used to that.

Of course, that means she should just roll over like a well-trained dog and accept it, right?

She was getting at a vast, detailed map within a picture, with lines and depth and corrugated cardboard flaps you can peel up to delve beneath the surface of what’s really there.

Ginny stood up, unapologetically, and fought not only for her own journalistic integrity but for the rights of the public, in an age drowning in a lack of honesty.

And because of that, I admire her.

All the saga was is a key in the door to what journalism has become.