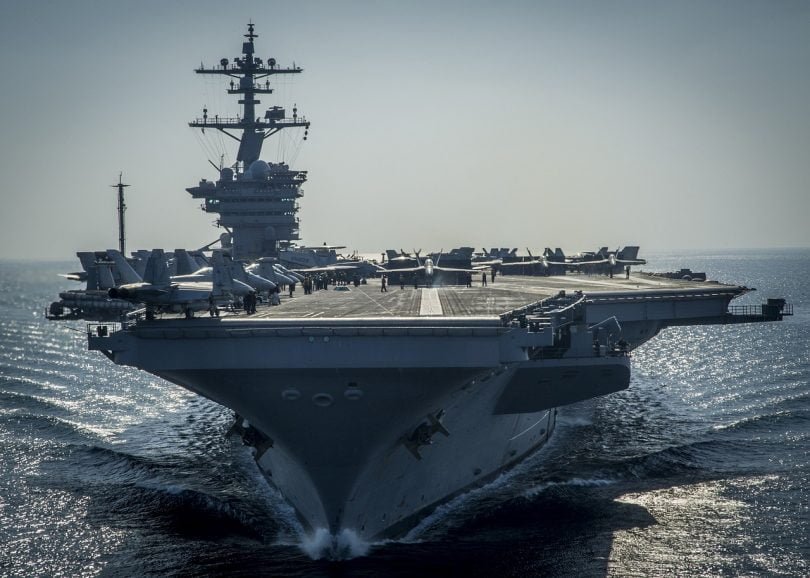 On July 1 the U.S. Navy officially reconstituted the 2nd Fleet in Norfolk, previously deactivated in 2011 to preserve funds. The ceremony was the realization of a May 6 decision to resurrect the fleet as a step in the 2018 National Security Strategy (NDS) issued in January. Included was the decision to establish the U.S. Army’s Futures Command in Austin, Texas, inaugurated on August 24, to provide a new platform for innovation.

Despite holding the title of the U.S. as the sole superpower in the world and boasting the most formidable military force on the planet, these measures are manifestations of the recognition that this position is being challenged. Even more intimidating is the NDS’s premonition that a key feature of future geopolitics will be the reemergence of great power competition. Any keen student of the history of international politics will be aware of the risks which this entails. Great power competition has been the single greatest source of military conflict throughout the ages, and therefore also the catalyst for changes in the structure of the international system.

Changes in the strategic environment

The primary threat to the post-WWII international order identified in the NDS is the challenge posed by emerging powers such as China and Russia. It states that it is “increasingly clear that China and Russia want to shape a world consistent with their authoritarian model—gaining veto authority over other nations’ economic, diplomatic, and security decisions.”

In the case of China, the threat comes from the nation’s ambitious project of military modernization meant to challenge America’s military edge and eventually subverting the position of the U.S. as the dominant force in East Asia. According to the document, Chinese ambitions are not simply limited to “Indo-Pacific regional hegemony”, but more ominously the “displacement of the United States to achieve global preeminence in the future.”

Russia’s grand strategy pivots around three objectives; to expand its authority in every sphere, be it economic, political, or military, over neighboring states reflected in its annexation of Crimea and ongoing involvement in the conflict in Eastern Ukraine; to sow internal divisions within NATO; and finally, to “change European and Middle East security and economic structures to its favor.”

What is remarkable about the NDS’s assessment is that it marks a change of focus for the entire U.S. military strategic framework. In a January speech at the Paul H. Nitze School of Advanced International Studies at the John Hopkins University, Secretary of Defence Jim Mattis concluded that while the campaign against terrorism will continue, “great-power competition – not terrorism – is now the focus of U.S. national security” thereby signaling an end to the emphasis on counterinsurgency which has been the dominant strategy since the September 11th attacks of 2001.

A world awash in change

The threats identified in the NDS have in recent years become more tangible than simple hypotheses. On August 29 it was reported by the New York Times that China reached a milestone in its plans to challenge American military power in its near regions, having assembled the largest navy of any power in the word, including its first domestically constructed aircraft carrier and with up to five more on schedule. The U.S. Navy’s edge in the region is now contested for the first time since the Second World War.

Despite being limited to East Asia, the challenge is nevertheless significant. A key pillar of the international post-WWII order has been what Barry Posen of MIT has defined “command of the commons” by the U.S. military. This command of the common spaces of human activity, the land, air, and sea, has served as a guarantee for U.S. primacy and thus influence throughout the world. The NDS does recognize this as part of a more complex strategic environment: “For decades the United States has enjoyed uncontested or dominant superiority in every operating domain. We could generally deploy our forces when we wanted, assemble them where we wanted, and operate how we wanted. Today, every domain is contested—air, land, sea, space, and cyberspace.”

China has been especially active in asserting its authority in the South China Sea by constructing an increasingly elaborate network of bases on man-made islands. The area is disputed by a host of local powers such as Vietnam, the Philippines, Malaysia, and China claiming the entire domain as its territory against international laws on the freedom of navigation.

Russia’s annexation of the Crimea presents a threat as well, as it risks breaking the norm of territorial sovereignty as inviolable. Further, Russia’s advances in cyberspace, most notoriously its involvement in the 2016 U.S. Presidential Election, and military activism in the Eastern Ukraine are a source of concern as well. The purpose of the 2nd Fleet is exactly to serve as a counterweight to Russia in the North Atlantic and European waters.

Despite the cracks in the fabric of the international order, the U.S. defence establishment has been making strides to adhere to the prescriptions in its own NDS. In an article from the U.S. Department of Defence of August 28, Secretary Mattis reported that the strategy is proceeding as planned along the three lines of policy presented in January; increasing lethality, strengthening and expanding alliances and international partnerships, and overhauling the system of funding for the military.

An example of the first is the reconstitution of the 2nd Fleet, the opening of the Futures Command, the commission of a so-called Space Force, and reforming the standards for “deployability” in the field.

With regards to the second, Mattis emphasized recent efforts at ramping the collective military spending of NATO stating that “All recommitted to spending 2 percent of [gross domestic product] on defense by 2024.”

In the realm of economy, the Department of Defense has repealed a variety of regulations, reducing unnecessary bureaucracy, and saving approximately $4 billion which can be directed to the first point, increasing lethality. The bipartisan $717 billion 2019 National Defense Authorization Act, named in honour of the late Senator John McCain, is a significant boost in resources for the department as well. Mattis concluded that “our military continues to grow stronger, more lethal, more agile, and certainly more deployable than a year ago.”

As Barry Posen suggested in 2003 “Unipolarity and U.S. hegemony will be around for some time.” Though that statement still holds, one thing is evidently clear. We are gradually entering a world defined more and more by great-power competition, and frictions between the current major players in global politics can easily, and will probably lead to conflict in the future. If history is any guide, the current adjustments in the international system and balance of power are inevitable. What we must do is to make sure that this change will be more peaceful than the ones of the past century.