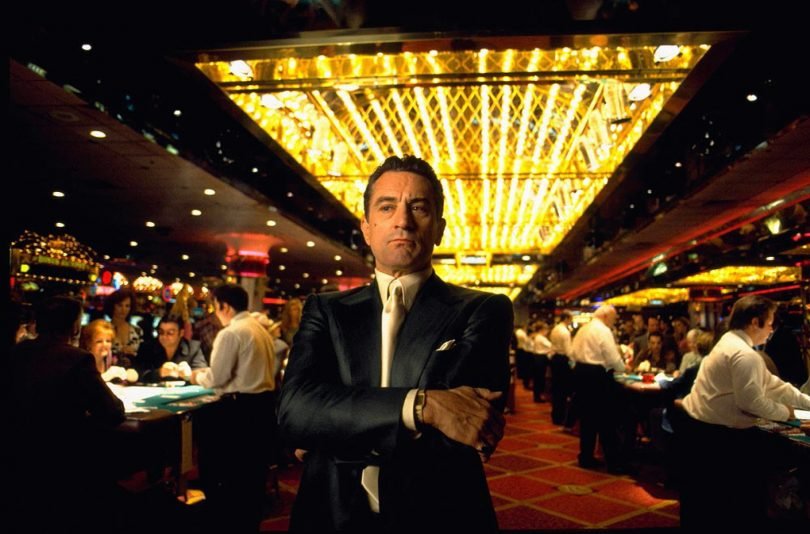 When someone mention the word “Casino”, whether if it’s a land based casino or an internet casino,  you generally conjour up mental images of glamour and glitz, of balmy nights in Monte Carlo, fast cars, expensive dinner suits and designer dresses and of course, James Bond – well you do if you’re anything like me, anyway.

Hollywood loves casinos and there are scores of films that include some kind of casino moment. The films bombard us with images similar to the ones I mentioned earlier – whenever the subject turns to casinos – so it’s perhaps not surprising that we think this way.

Sadly it’s not something that one can do every day and frankly, how would you get any work done if you spent every night in a Casino playing games of chance, skill and risk? You can play these games online but even then, it’s best to stop once your the enjoyment stops and ensue that it doesn’t interfere with your day job.

There have been many notable casino scenes in the past and I am here to mention but a few of the more notable ones.

There are so many great casino scenes in 007 films but this on, in my option has it all. A real showdown. This scene wouldn’t look too out of place in a Sergio Leone Western.

Wouldn’t we all like a super power – it would be great right? Raymond, played by Dustin Hoffman has the uncanny ability to count and remember the cards as well as being able to calculate the risk, at the drop of a hat. All valuable skills when it comes to playing cards… and winning bundles of cash for your unscrupulous casino buddy.

Honestly, if you’ve not seen this film, seek it out and watch it. It’s not a patch on Hunter S Thompson’s novel which the film is based upon – but it’s great fun nonetheless. Johnny Depp and Benecio Del Toro are sublime in their roles and director, Terry Gilliam, brings his trademark wackiness and attention to detail to the film.

Perhaps the greatest casino film of all time – with so many great scenes that I could have included the whole film. This scene gives a great insight into how the casino floor is run – and how hard it is for people to cheat. Everybody is quite literally watching everyone else… I guess when theres that much money and so many people, it’s easy for money to go missing.

There’s another scene in this film that shows what happens to people that caught cheating the the casino out of cash. It involves a hammer and some fingers and it’s really not something that we should be publishing before the watershed!