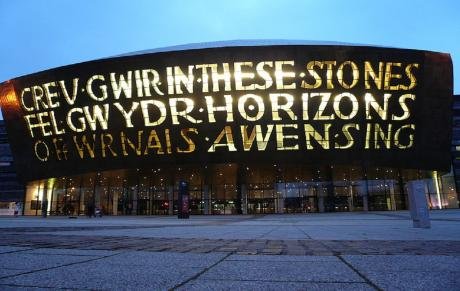 The Welsh government has cut funding for the Arts Council of Wales by £300,000, and the Council is advising organisations it already funds not to rely too heavily on support from its grants.

In a letter to its beneficiaries, Professor Dai Smith, chair of the Council, said they were dismayed by the cut.

“Council was, of course, dismayed that the Arts Council’s funding this year is reduced by a further £300,000,” Smith wrote, in a copy of the letter obtained by the BBC.

Arts Council of Wales has written to those it funds saying it’ll absorb £300k budget cut, but stark challenges face sector in near future

In his letter to arts organisations Dai Smith fires a warning shot ahead of the 2015 investment review, with emphasis on “income generation”

Smith said that the Council would try to absorb the cut to the funding but added that it could be difficult to have the reduction passed on to the organisations the Council funds, the BBC report adds.

A spokesperson for the Welsh government did not respond to a request from Kettle seeking comment on the decision to cut funding to the Council.

When reached by telephone, spokespersons for Ballet Cymru and Literature Wales declined to comment. In an email to Kettle, a spokesperson for the National Theatre of Wales also refused to issue a statement.

However, in an email to this website, Peter Bellingham, the Managing Director of the Welsh National Opera, said their operations were already out of kilter with inflation, taking into consideration cuts in grants and standstill funding. Bellingham said the decision the Council would have to make on funding would be difficult.

“We are pleased that ACW has opted to absorb the in-year cut it has received and not pass it on to its arts organisations,” Bellingham said. “Clearly, ACW now has a more difficult decision to make in terms of next year’s funding.  However, given the sustained cuts we have suffered over several years, every new cut, however modest, becomes increasingly difficult to deal with.”

Bellingham added that the National Opera have done all that it can to ensure its artistic vision remains intact – something it was encouraged to do by the Welsh Council as well as its counterpart in England. Even so, some difficult decisions have already been made.

A full review on which organisations the Council will or will not fund is due to take place in 2015.

What do you think of the cut in funding of the Arts Council in Wales? Have your say in the comments section below.