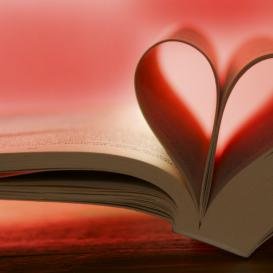 World Book Night brings together a powerful collaboration of national partners – publishers, printers, distributors, libraries, booksellers, private donors, trusts and foundations – to inspire more people to read. Thousands of volunteers share their love of reading by giving out books to people in their communities who, for whatever reason, don’t read for pleasure or own books. National, regional and local events up and down the country celebrate the difference that reading makes to people’s lives.

Love Poems by Carol Ann Duffy, The Rotters’ Club by Jonathan Coe and Shadow and Bone by Leigh Bardugo are only a few of the books picked for this year’s event. For the full list – and to find out more about each book – you can visit the official website.

Everyone is excited and eager to participate.

We’ve got a #WorldBookNight stand outside our offices.
Visit us at 74-77 Great Russell Street pic.twitter.com/L4YCdXMc0w

However, April 23rd is a very significant day for also another reason: Shakespeare Saturday!

The national campaign that celebrates bookshops has a wonderful event to commemorate the life of Shakespeare, as this year sees the 400th anniversary of his death. Customers are encouraged to visit the participating bookshops and join the festivities.

Books Are My Bag also have an ongoing Twitter campaign, with the hashtag #ShakespeareWho to promote this special day on social media.

We challenge you to sneak some of the Bard’s best one-liners into everyday tweets! Accept?#ShakespeareWho #bardabag pic.twitter.com/gBx3wfsBHz

How are you going to celebrate these worldwide events? Let us know in the comments below!