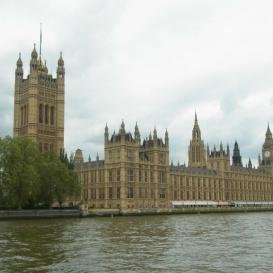 Another year, another unconvincing energy plan from George Osborne.

This week, the Chancellor unveiled a Budget that supposedly “puts the next generation first”, full of tax breaks for the rich and cuts to benefits for the poor. Without any real hope, I watched to find out what exactly the Tories are going to be doing in terms of energy, and whether the talks and agreements at COP21 are being adhered to, or have simply fallen on deaf ears.

Typically, it looks like the latter. While there was some good news such as confirmed new funding for energy storage and demand-side response technologies, the Budget fell extremely short of supporting the prime minister’s claim to be the “greenest government ever”.

Continuing the trend of mates’ rates for fossil fuel companies, and the fact that subsidies for them in this country are still rising, it was no real surprise that Osborne announced that the supplementary charge for oil and gas producers was to be halved from 20% to 10%. A further blow: Petroleum Revenue Tax is essentially being abolished.

I watched this, along with the jeering and nodding from other MPs, and wondered if I had in fact heard that correctly. Osborne is committed to squeezing every last drop of oil from the North Sea, and so he disguises these tax cuts to oil and gas companies as support for workers. Of course, I’m all for UK industry, but where was this passion when the last coal plant closed in Yorkshire last year and when the steel industry crumbled?

To stop global warming, more oil and gas had to stay in the ground, but the government seems blissfully unaware of this. Surely, after the climate change talks in Paris, it would be the perfect opportunity to stop praising fossil fuel producers from polluting the atmosphere? Surely, when David Cameron stood up at the podium and made promises of the UK’s involvement in halting climate change, we would be going some way to stop our dependency on fossil fuel?

Apparently not, which is also not that much of a revelation, considering how renewable power subsidies have been slashed within an inch of their lives recently. This is also apparent when any plans for investment into carbon capture storage (CCS) technology are scrapped, such as the White Rose project at Drax. Ultimately, if the government had had the balls to invest in CCS appropriately then we could be producing energy from coal in an environmentally way.

The UK insists on propping up the dirty fossil fuel industry, which is deeply inconsistent with anything that was agreed last December.

Leaders from hundreds of countries got together in Paris to discuss and agree on a plan to stop the world’s temperature from rising more than 2 degrees. There were running themes, including more investment into renewables and energy storage technology. There was also some talk of reducing dependency on fossil fuels, which is why giving them tax breaks now makes absolutely no environmental sense.

To be honest, it doesn’t make that much economic sense either.  If renewables were shown this level of support, the industry might actually be going somewhere. Instead, the government takes one step forward and two steps back, meaning jobs are being lost as quickly as they are created, because who is going to invest in an industry that is ultimately going to lose out to the big boys at BP and Shell?

As fossil fuel companies gain benefits, renewable energy generators will now have to pay a higher tax due to the rise in Climate Change Levy. The Chancellor removed the CCL exemption for clean energy generation in last year’s Budget, so at least he’s being consistent.

There was no mention of Hinckley Point C that I saw, probably because Osborne is trying to work out how to erase it from histroy.

Of course, the government has to make sure the lights don’t go out and bills are kept low, but these two parts of the ‘trilemma’ take a disproportionately bigger role than they should. The lower-carbon part of the triangle gets brushed aside, even though this might be the most important of all in the long run.

Rising global temperatures have shattered all records, and we are seeing an increase in environmental disasters. Additionally, as Jeremy Corbyn stated, half a million people in the UK could die from respiratory diseases caused by our polluted air. Alas, climate change did not get one mention in the Budget speech. COP21, despite happening just 3 months ago, feels like a distant memory.

Doomed for the future

This government talks the talk, but unfortunately doesn’t walk the walk when it comes to the environment. Osborne might actually think he is delivering a Budget for the next generation, but if we continue on this road there might not be a generation to provide for.

That might sound dramatic, but if we bung our heads in the sand in terms of energy, then we are dooming our grandchildren, it is as simple as that. The government needs to stop with the hypocrisy and invest in something that matters, and the only way to do this is with renewable energy, and quickly.