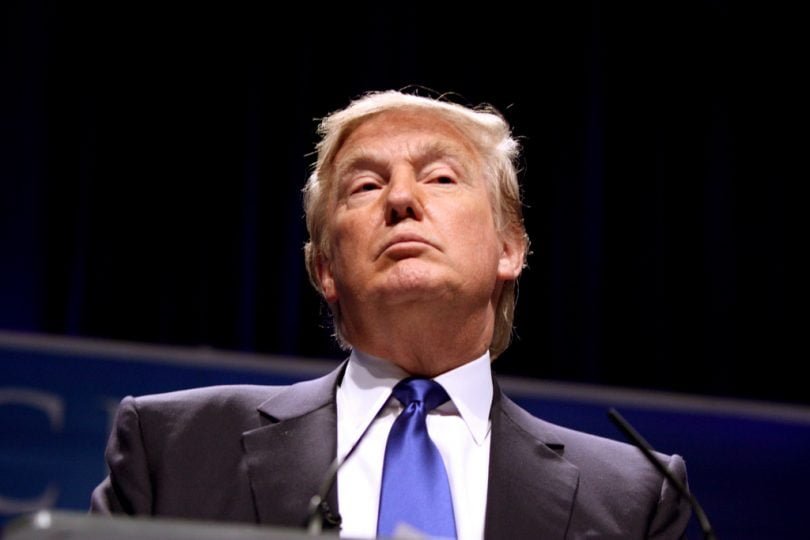 Many would forgive Trump for actually doing some Presidential work after taking enough vacations to hit the cap for Secret Service staff but once again the ‘leader of the free world’ has surprised everyone.

This week Donald gave yet another campaign style rally, drumming up support for a so far failed Presidency. This rally took him to Phoenix, Arizona where Trump took issue with “fake news” and other issues that have seemed to piss him off this week.

The President took aim at the media saying that they had once again misquoted him before picking up his script and reading 90% of what he said. The last 10%, the tiny bit that everyone took issue with in the first place, was left out of his repetition of the matter. It seems that if history shows you in a bad light, just rewrite it and someone will believe it.

Failing to repeat that he said “on both sides” when blaming those for violence at a white supremacist rally in Charlottesville which left one protester dead, was like water of a ducks back for someone who has lied continuously to his supporters, not just on his campaign, but also since he took office.

On Thursday Trump once again took to twitter to release his political frustrations aiming a, named, tirade again the two most powerful Republicans – Mitch McConnell and Paul Ryan.

His anger revolved around that the Republicans not being able to pass a new debt ceiling bill which could result in the country defaulting on its’ loans and shutting down altogether. Trump has formerly aimed his frustrations at McConnell after his revolutionary healthcare bill failed.

It has been said many times that if, as a leader, your polling is low, start a war. Trump may not be starting a war like George W did but he is happy to stoke higher tensions in the region. With Obama reducing the number of American troops in Afghanistan from roughly 100,00 down to around 8,400 personnel.

Donald would like to reverse this by sending another 4,000 to help those that are already there. This has been met with public outcry and political opposition, on both sides of the Atlantic, as the President tries to garner support from NATO countries to get more involved.
Trump could call on Britain’s ‘special relationship’ to increase support within the EU but for now it seems as if he’s on his own.

Another one bites the dust

There was talk, for a long time, about how long the President would last in office, let alone his staff. Well with top advisors, press secretaries and head of communications all leaving it has fallen to Sebastian Gorka to take his bow.

Trumps deputy assistant said upon leaving that policies to “make America great again” had been undermined in recent months and supposedly expressed in his resignation letter his dissatisfaction with the current administration.

It is said, as the same with others that have left, that he was fired but publicly resigned to save face.