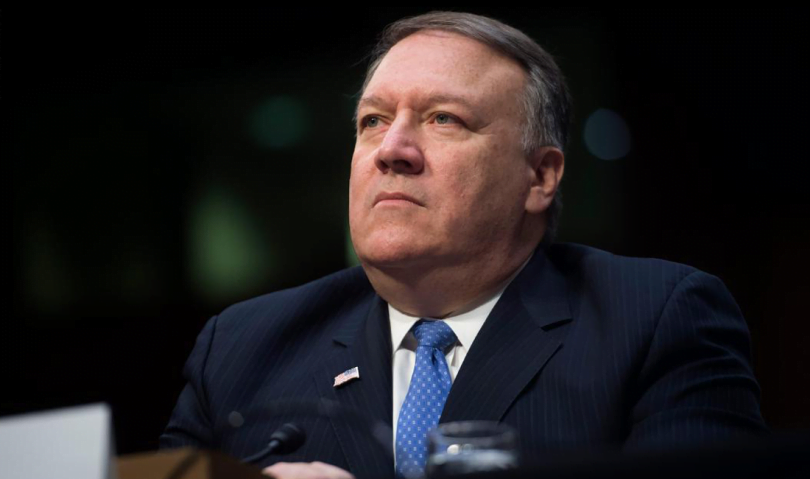 It should be crystal to the international community that the Trump administration’s withdrawal of the U.S. from the Iran nuclear accord, is a departure from the policy its predecessor. The Obama administration made efforts to counter nuclear proliferation by binding Iran closer into the international community through institutionalizing control with the country’s nuclear apparatus.

However, the administration has divested even further from Obama era policy when on Monday at the Heritage Foundation, Secretary of State Mike Pompeo announced future U.S. policy toward Iran. The tone was set from the get-go on a return to past approaches to countering Iranian influence throughout the Middle East, and the world by large.

Iran has played a major role in the regional political landscape of the Middle East since the institution of the revolutionary Islamic Republic in 1979. That role has usually taken the form of more or less direct opposition to U.S. interests throughout the region. But the primary obstacle to normalizing relation the two countries has remained Iran’s attempts at uranium enrichment, which has been interpreted in Washington as part of efforts to produce nuclear weapons capabilities.

It was this exact problem which the Obama administration intended to resolve by negotiating the Iran nuclear accord in 2015. However, critics of the deal, including prominent members of the current administration Mike Pompeo, National Security Advisor John Bolton, and President Trump himself, have argued that the treaty contained too many concessions to Iran (namely the removal of most economic sanctions) in exchange for very limited gains (Iran is still granted permission to a limited degree of enrichment, and the stipulations of the treaty itself are to expire in 2026).

The administration’s new approach takes a markedly aggressive turn with regard to changing Iranian behavior in the region, and proceeds beyond the confines of hindering nuclear proliferation.

Whereas the Obama administration’s goal was to focus on avoiding that Iran would eventually obtain nuclear weapons capabilities, Pompeo’s first announcement as Secretary of State reflected that the current policy-making team in Washington is more concerned with curbing the full spectrum of Iranian activism throughout the Middle East, especially its support, financing, and control with Shia-militia groups fighting in a range of conflict zones.

According to the CNN’s Nicole Gaouette and Laura Koran, Pompeo’s speech indicates that in case Tehran is bent on maintaining its current behavior, the U.S. intends to “crush” Iran by employing a two-tiered strategy of economic sanctions and military pressure.

Pompeo clarified that “unprecedented financial pressure” would be placed on the regime in the form of reinstated economic sanctions which would force the regime to prioritize whether to keep its economy “off life support at home” or spend resources on “fights abroad”.

A noteworthy point was Pompeo’s assertion, that apart from economic measures, the U.S. would guarantee the freedom of navigation in the region (probably alluding to the Strait of Hormuz), counter malign cyber activity, and “track down Iranian operatives and their Hezbollah proxies operating around the world and crush them”.

What exactly “crushing” Iranian operatives and proxies will entail in terms of actual policies was not specified by Pompeo, but one interpretation could be actual military operations, covert or direct, against Iranian sponsored militias around the Middle East. As well, it might entail ramping up the military support for regional allied actors, such as the Saudi-led coalition struggling against the Houthis in Yemen, to do the groundwork.

12 points for a new deal

Pompeo used the occasion to make clear the administration’s disregard for the 2015 Iran deal as providing Iran with an increased budget for spreading its malign activities, referring to the expanded military presence of the country in regional theaters such as Syria and Yemen, through revitalized trade with the West, as reported by The Telegraph.

Pompeo instead presented 12 preconditions which Iran would have to comply with in order for a new deal to substitute the 2015 framework. Whereas the first 5 demands encompass issues of allowing IAEA inspectors access, uranium enrichment, and the release of detained U.S. citizens, the remaining 7 demands all pertain to Iranian support, financing, and direction of militias and proxies, and Iran’s military footprint in the Middle East.

Iran would be required, more precisely, to cut its support to the Houthis in Yemen; Hezbollah and Hamas; the Taliban and al-Qaeda in Afghanistan, as well as disarming all Shia-militias in Iraq, and militia-partners of the Revolutionary Guard. Furthermore, Iran would have to withdraw its military presence in Syria.

Iran has intervened in the Syrian civil war to lend aid to the Assad-regime, establishing a significant military infrastructure and presence in the country. This was recently highlighted when Israel bombarded dozens of Iranian facilities in Syria in response to alleged Iranian rocket attacks in the Golan Heights.

In addition, Iran is lending direct support to the Houthi rebels fighting for control in Yemen against a Saudi-led coalition since 2014, effectively pitting Iran and a host of Arab countries against one another in a proxy-war.

Clement Therme of the International Institute for Strategic Studies, as quoted by the CNN, points out, however, that the majority of demands are wholly unacceptable to Tehran, because they go counter to the revolutionary ideology of the regime, effectively making an accord impracticable, even causing some to speculate that the set was designed to be refused by Iran.

Return of a strategy?

Due to the improbability of Iranian compliance with the demands, it is highly likely that the administration’s essential aim is regime change, even if via treaty negotiations. Clement Therme emphasizes that we “are not going to have a new agreement, we are going to regime change”.

The policy announcement could be symptomatic of the greater shift of strategy within the White House since the appointment of conservative hawks, especially John Bolton and Mike Pompeo, to lead the conduct of American foreign policy. Regime change as the long-term goal would not seem out of place considering John Bolton historic role as, if not one the architects, then one of the prime advocates of the 2003 overthrow of the Saddam Hussein regime in Iraq.

John Bolton was part of a cadre of neoconservatives in the Bush administration, including Paul Wolfowitz and then Vice-President Dick Cheney. Neoconservatives base their ideology on the assumption that the preeminent military power of the U.S. should be employed to ensure American interests around the world, a key component of which is democracy promotion.

Now in the position of National Security Advisor, John Bolton would be able to advocate such a return to neoconservative policy, and with the assertion that the U.S. will complement economic with military pressure to sway Iran, we might very well face a greater confrontation in the future.