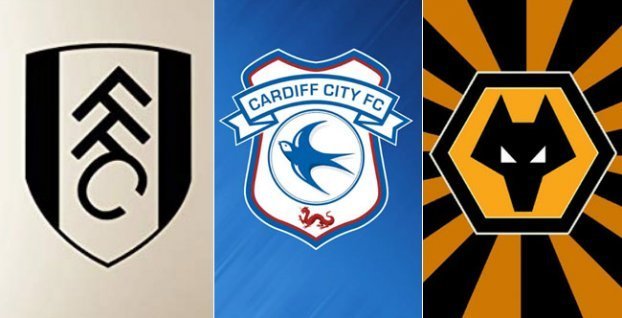 It’s always interesting to see the newly promoted teams in action, in the first few weeks of the season – to see the new players which make up their teams, and to see the type of football that they each play, and bring to the league. Only a few years ago, however, the process of teams getting promoted to the Premier League was much less exciting, with their lesser funds and poorer quality of players, obvious to all.

However, with the money that now exists in football, the so called ‘lesser’ teams have become much more competitive. One only has to look at the rise of Burnley and Bournemouth within the last few years – going from relegation certainties, to seasoned top-flight outfits. So with the amount of money spent in the last transfer window, how do the three promoted teams rank this season, and how much potential do each of them have?

It’s an odd word to use, but watching Wolves play is like playing a game of FIFA on the games console. It’s all about attacking football, speed on the break, and shots at goal. It’s great to see this from anyone, let alone a team that aren’t yet used to the quality of opposition that they are currently facing on a weekly basis. They’ve spent big and it’s looking worth it, with some quality ball playing midfielders and wingers that have got some serious gas. I fancy a top half finish from these boys, and then who knows where they’ll go in years to come. That is very much dependent, on how much they continue to spend, in order to go to the next level.

They may not always win games, but it is again refreshing to see a newly promoted team play the way Fulham do. They’ve got another young and aggressive manager, and that can be seen from the gung-ho style of football that they play with. They’re going to concede lots of goals, given their style, but they’re also going to score a few as well. For the record, I don’t think they’ll get relegated, but whatever happens to them this season, no one will want to go to Craven Cottage for an easy game. Their fans will get good value for money – that’s for sure.

One word summary: Down.

Relegated. This team have absolutely no chance, and it’s evident to see – not helped by the quality of the other teams around them. They haven’t invested and that’s led to a team that bereft of attacking quality and with a flakey defence at this level. Their biggest mistake, in my opinion, is having Neil Warnock as manager. Yes, he is one of the best as getting teams out of the Championship, but he has absolutely no experience of keeping a team in the Premier League. I know it’s harsh, but to have given the team any chance of staying up, the hierarchy at Cardiff should have ‘done a Watford’ and picked a manager who knows how to scrap in a top league. Given Warnock’s continued failures of keeping teams in the top flight, and their lack of investment in the transfer window, they are going to get rolled over a lot this season, and to a lot of teams in the Premier League, playing Cardiff City could be a guaranteed six points.