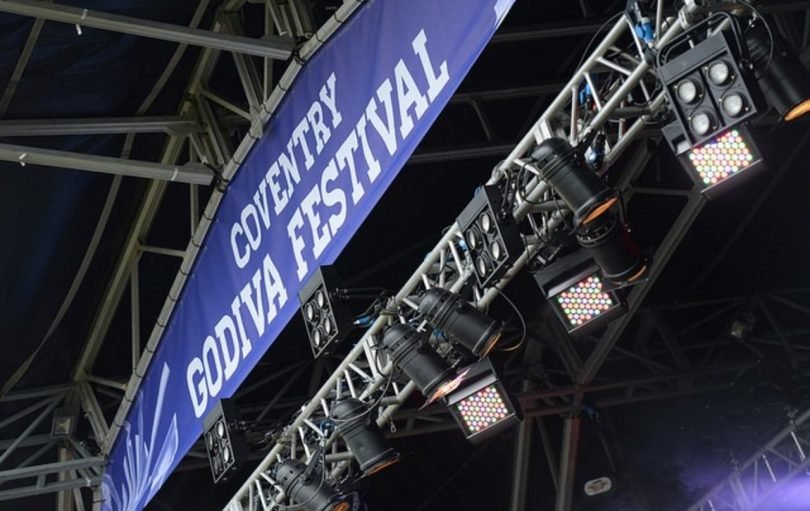 Festival season is now officially in full swing and the city of Coventry is preparing to host yet another jam-packed, and free, three-day event next month.

The festival, now in its 19th year, will run from July 7 to July 9 and the confirmed line-up promises to deliver an exciting and varied weekend of entertainment. After a record 148,000 people flocked to Coventry’s War Memorial Park in 2016 to see headline acts The Boomtown Rats, The Charlatans and Scouting for Girls, thousands are expected to attend this year for an even bigger and better festival.

As well as the Main Stage, the War Memorial Park will feature a Rock Tent (Friday) and a Rhythm Tent (Saturday and Sunday) with a top line-up of alternative artists. Featuring on Friday are Pulled Apart By Horses and Mallory Knox along with a host of local bands. Saturday will celebrate Coventry chart-toppers as local legend Panjabi MC precedes singer Tom Clarke. The Enemy frontman will play the entirety of We’ll Live and Die in These Towns, as the number one album and ode to the city celebrates its tenth year.

Sunday’s Rhythm Tent is the perfect way to wind down the festival, as it presents a showcase of ska music. In the home of 2-Tone music, bands Kingsize, Ruder Than U and Roddy Radiation and the Skabilly Rebels will get the tent bursting with energy before King Hammond & the Rude Boy Mafia close with a mighty set.

The Godiva celebrations kick off on Friday evening as The Institutes, Tom Williams and Cast all perform before rock band The Stranglers take to the stage. With a career spanning four decades, the punk four-piece will certainly not run out of hits to grace the audience with. ‘No More Heroes’ will be sure to rouse the crowd into an energetic mood, while ‘Golden Brown’, with its hypnotic melodies, will sound sublime on the balmy July night.

Saturdays were made for the Godiva Festival. No less than 11 acts will be performing from 12 noon until 10.30pm. Up-and-coming bands including Future Fires and The Amazons will warm up the audience before Lucy Rose, followed by Carl Barât and The Jackals, set the mood for headliner Example.

The British rapper, who has five albums under his belt and a sixth underway, will be joined by DJ Wire to deliver what promises to be a monstrous live set. You can expect old classics ‘Won’t Go Quietly’, ‘Last Ones Standing’ and ‘Changed The Way You Kiss Me’ alongside newer hits ‘Close Enemies’ and ‘Weapons’.

Sunday at the Godiva Festival are traditionally a real mixed bag, and this year is no different. With an early afternoon start, the park will play host to British indie songstress Louise Distras, rock band Electric Pyramid and Irish violinist Joe O’Donnell.

X Factor favourite Lucy Spraggan will perform hits from her latest album I Hope You Don’t Mind Me Writing, as well as – fans hope – the single that propelled her to success, ‘Beer Fear’.

Singer-turned-actress Kate Nash is the penultimate act on the Main Stage. In the tenth year of debut album ‘Made of Bricks’, she is sure to treat the audience to renditions of old favourites ‘Foundations’, ‘Merry Happy’ and ‘Do-Wah-Doo’, as well as hits from her 2017 EP, Agenda.

Sunday’s headliner is none other than the four rockers that are The Darkness. Since ‘I Believe in a Thing Called Love’ catapulted them to success, the band have been renowned for their electric performances. Lead singer Justin Hawkins has promised a life-changing experience for fans, claiming, “A Darkness show is a place where believers come together and dreams are built.”

The wonderful thing about this festival, aside from the chilled vibe, perfect location and free entry, is that it truly has something for everyone. If live music isn’t your thing, there is plenty of entertainment to satisfy. Across the weekend, the Paradise Tent will be buzzing with comedy acts, street theatre, and young performers.

The festival will also host a ‘Family Field’ – bursting with fairground rides, an arts and craft tent, a Crystal Maze-style activity zone, and even a petting farm!

Whether you’re into mainstream pop, decibel-busting rock or chilled indie, or comedy and crafts, there is something for everyone to enjoy at Godiva Festival.