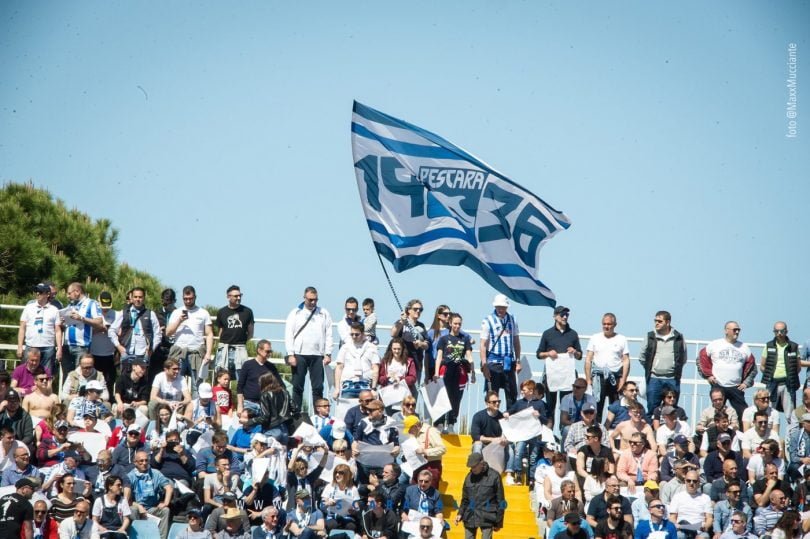 Whilst Italy’s top flight still has three rounds of fixtures left before everything is wrapped up, Serie B is entering its last matchday – and there is so much left to be decided. We’ve got a race between Lecce and Palermo for the last automatic promotion place, six sides pining for four play-off spots and at the bottom there are five teams scrapping for safety. I’m about to take you through each battle, which games to look out for and who I fancy to deliver!

Lecce know they are 90 minutes away from the big time. A win at home against Spezia will confirm their return to Serie A after a seven year absence. To make it even more impressive, if they do make it, the club would’ve completed back-to-back promotions. Don’t be mistaken though, this isn’t going to be one of those final day games where the visiting side turn up, receive a battering and then head home whilst the home fans party. No, because Spezia’s season is also in the balance. They are amongst six sides battling for a play-off spot. Avoiding defeat would confirm Spezia’s third play-off appearance in seven years since their promotion to Italy’s second tier. Lose however and they will be vulnerable to the chasing pack. Spezia’s away record isn’t the best either, just 16 points picked up in 17 games and they are coming up against a side in Lecce whose home form this season has only been topped by first placed Brescia. When these two sides met earlier in the season it finishes all square, but I fully expect the home team to celebrate promotion with a big victory.

Palermo know their fate is out of their hands, they MUST win and hope Lecce slip up. If that doesn’t happen then another play-off beckons for a side who still have nightmares about last years final, where they conceded a 90+6 minute goal to lose 3-2 on aggregate. No doubt Palermo will be out for redemption but like Lecce, the opponents they face on Saturday will be no pushovers. Cittadella are one of the six play-off chasing sides but, unlike Spezia, know a draw might not be enough. Only victory will confirm their place in the play-offs but if form is anything to go by Cittadella haven’t got a chance. They have only been victorious in three of their 17 attempts on the road this season, whilst only scoring nine times in those games. With the hosts going for a top two finish I fancy them to collect all three points, however I think Cittadella will get a couple favours from elsewhere and make the top eight.

Here is where things start to get very interesting, six cannot go into four. Two teams will miss out but Pescara are surely one of the favourites to make it into the play-offs. They know a point in the final game, against a struggling side will see them get the chance to return to Serie A, two years after being relegated from the top tier. But its never that easy is it? Their opponents are fighting for their lives in a fascinating relegation battle. Salernitana sit above the relegation play-off zone on goals scored. Victory in this match would be enough to secure their safety (here comes our new favourite word) BUT if they fail to secure the win in Pescara, sides below could drag them into the relegation play-off place or even into the automatic relegation spots! The Salernitana players will be desperate to ensure they play in Serie B for a fifth successive season but I cant see them picking up any points here as they have the second worst away record in the league(11 points from a possible 33). Pescara have made the Stadio Adriatico a fortress this campaign, picking up 35 points from a possible 51. Only twice have they been beaten on home soil and it is because of that they find themselves in 5th place. Once again my money is on a home victory.

Potentially the biggest game in matchday 38. With Cremonese in 8th and Perugia in 10th they are very much involved in the play-off battle, but both know a win is crucial. For the hosts it is win or bust. Perugia must get three points, which will mean they leapfrog their visitors, and hope that Hellas Verona lose to Foggia. Cremonese know a win over their rivals will all but confirm their spot. Tensions are going to be running high at the Stadio Renato Curi, with all to play for in this do or die battle. Form is not with the home side either as they have only won three times in their last ten games on home soil. Not good signs when they need a win more than ever. To rub salt in the wound Cremonese are unbeaten in five on the road, winning three. They also recorded their biggest win of the season against Saturday’s opponents, a 4-0 drumming  back in December. It looks like all the odds are stacked against Perugia, but I reckon they are going to throw a spanner into the play-off works and grab an unexpected win!

Once again we are looking at a fixture that will have huge implications at both ends of the table. Verona are one of two sides outside the play-off spots but still in contention, whilst Foggia currently occupy the second relegation play-off place. The visitors could end the day as high as 13th and, more importantly safe. On the other hand they could be leapfrogged by Venezia and not even get the chance to have a survival play-off. Hellas Verona are relying on other results to go their way, whether they win or draw they still need another side to slip up. If Foggia were to go down they would feel hard done by as, in January, they received a six-point reduction for financial irregularities. With those six additional points they would now be in 12th and safe. Now they must battle once again to earn the points they lost. Foggia have actually had a bit of a resurgence in recent weeks, winning their last two games. The club have picked up ten points from a possible 18 to see their dreams of safety almost become a reality. Verona are out of form, losing four of their last five, which has seen them drop out of the play-off places. These two played out a 2-2 draw in the reverse fixture, I wonder which team would take that result before kick-off? I think the away side are going to claw themselves out of the relegation play-off places and to safety with a vital win.

As we turn our attention to the teams just trying to stay in Serie B, we see Crotone, who know a win will guarantee their safety. They face the side directly above them in the league, Ascoli who are already clear of relegation. This could work in the hosts favour; with Ascoli seemingly having nothing to play for, their players’ minds might already be on where to go for their summer break. This is the perfect opportunity for the hosts to increase their unbeaten home run to six league games. What a perfect time to go on a run like that by the way, home strength has probably saved them from back-to-back relegations. It would only take a could of teams winning to drop Crotone into a relegation play-off place, so they know victory is a must. I predict a score draw will see Crotone safe.

Livorno will be hoping to avoid an immediate return to Serie C on Saturday as they travel to already relegated Calcio Padova. The club has either been promoted or relegated eight times in the last 12 seasons but know survival this weekend could help them begin to cement their place down in this league. Livorno are right in the thick of it going into the final weekend of the season, a point could be enough to see them safe, but a defeat, coupled with other results, could see them drop out of the relegation play-off places and into the automatic relegation zone. It is in the balance so much that it is anybody’s guess what will happen. The visitors can come into this game with the confidence that they are playing a side whose fate is already sealed. However, sometimes once a team knows they are already down they begin to play with a bit of freedom. Calcio Padova haven’t actually lost in any of their last four games so will by no means be an easy opponent. It was 1-1 when these two met earlier in the season and I think we will see a draw again.

Venezia are the last side we look at, and they are the side with the most work to do. Only a victory will suffice against bottom club Carpi which, depending on other results, could put them up into the relegation play-off spots or even up to safety completely. Lets not get ahead of ourselves though, they still have to win the game of football – something Venezia have only managed to do seven times this season. To add to the misery, the club have only won once on the road this season, giving them the worst away record in the league. Anything is possible though and what a time it would be to double your away wins. Venezia may have the worst away record, but their hosts have the worst home record, so somethings got to give! Capri have also conceded the most goals in Serie B (by far) so are definitely there for the taking. The visitors are looking to extend their stay in this division to a third successive year, if they are going to do its going to be done the hard way – but I think they will do it, huge Venezia win inbound!