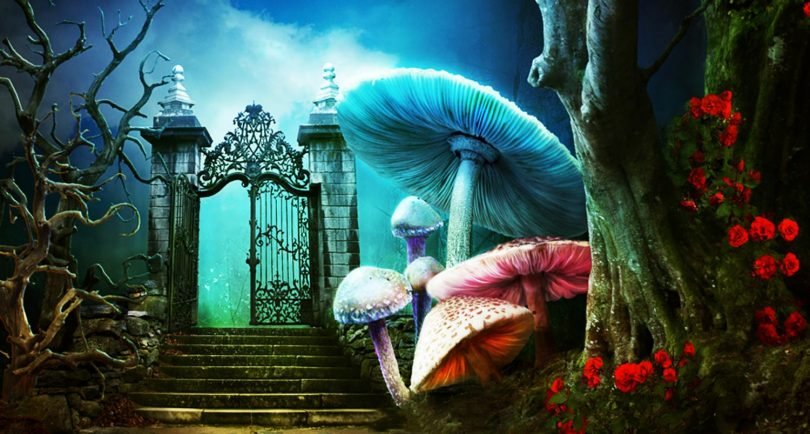 Lewis Carroll’s ‘Alice’s Adventures in Wonderland’ is a story re-born time and time again through film, TV, literature, theatre, music, and many other forms, but is it time for us to retire this classic from constant recirculation?

Literary nonsense is perhaps a genre of fiction that conflicts with that stiff upper lip propriety we often associate with the Victorian-era. Through the influence of the film and television industry we are frequently exposed to a very polished depiction of the Victorians, honing in on the aestheticism and poetic language of the period. But, however often the more PG elements of the period are omitted, there comes a time in which our eyes are opened to how sordid and gritty the era truly was.

Amongst the many sins of the nineteenth century, the misuse of drugs is high up on the list. Not only could you purchase laudanum and cocaine in a chemist, but it was perfectly acceptable to give your baby a dose of opium to keep it quiet. I’m sure many don’t like the thought of Jane Eyre bumbling around Thornfield Hall off her head on opiates, or of little Oliver Twist sucking on a cocaine lozenge to get rid of his tickly cough, but fact is fact. The Victorians were high more often than a ‘60s hippy, and thank goodness for it, because it gave us a wonderful hallucinogenic genre that injects a bit of psychedelic wackiness into the literary canon, and what is more psychedelic than talking flowers, disappearing cats, hookah-smoking caterpillars, and rabbits wearing waistcoats?

Lewis Carroll’s novella is, first and foremost, a masterpiece. It has to be, otherwise how could such an opiate-driven tale become one of the most celebrated children’s classics in existence? Peter Rabbit could never pull off smoking a joint as opposed to nibbling a carrot, but somehow the story of a young girl taking a bite from a magic mushroom to alter her physical state is literary genius. There is no proof that Carroll was an opiate abuser, in fact many critics will argue that we’re the sordid ones for finding these drug references, but I’m not convinced…if Jefferson Airplane found the story trippy enough to write ‘White Rabbit’ then it’s hard to argue. But regardless of whether it is or is not a world influenced by opiates, the trippy layers and whacky elements make for a story begging to be told time and time again through a different lens.

Everyone at some point has felt like an Alice, either because they’re navigating themselves through a world they don’t understand, or because our dreams seem so outlandish and vivid that we aren’t taken seriously. We all want a Mad Hatter in our lives to make us laugh, and although it seems cruel, how many people have wanted to have a go at flamingo croquet? The world simply resonates, because the layers and layers of nonsense and wonderful originality don’t suffocate the elements of humanity. So is it really any wonder that this story has become the modern Lazarus? With the likes of Disney’s adaptations, the grotesque ‘American McGee’s Alice’ videogame and the ‘Once Upon a Time’ spin-off, it is certain that Carroll’s tale cannot fade away any time soon, especially with the recent literary trend of revamping the story.

Christina Henry’s dark, outright gritty novel ‘Alice’ is an example of what I’m coining ‘Wonderland fiction’ – a literary subgenre which retells the classic with a twist. As a writer myself, I find the thought of someone taking one of my stories and altering it insulting and appalling, but Henry’s novel is a joy to read for the most part, and the moments which aren’t a joy are moments worth reading the most. Set in a much darker, divided world, Alice escapes her asylum with another inmate known as The Hatcher. Both characters are haunted by traumas too painful to speak of, but these are traumas they must face in order to survive. The world we find ourselves in is viscid with indecency, but described so thoroughly that we can feel the palpable fear which the Old City is bubble wrapped in. It is twisted and disturbed from start to finish, with a plot weaved seamlessly, in many ways keeping true to Carroll’s novel whilst simultaneously being the polar-opposite too. The novel doesn’t turn away from important issues either, like human trafficking, slavery, organised crime, and rape. In that respect, it is as if ‘Game of Thrones’ did ‘Alice in Wonderland’, yet despite all of the elements which are hard to read and make us feel all knotted inside, it is a very clever book, which I would definitely recommend to anyone who wouldn’t be triggered by the issues raised in it.

On the opposite side, we have Marissa Meyer’s ‘Heartless’, which tells the story of the Red Queen when she wasn’t a nutter with a penchant for hacking peoples’ heads off. Although I didn’t gel with this book particularly, I can see why people do. The language is mellifluous, the world beautiful and all-encompassing with clever references to Carroll’s original, with a ‘shippable’ love story at the very heart of it, which does come off a bit soppy at times. It is a lovely novel, which explores a side of Wonderland that we don’t really consider: the Wonderland before Alice, and the obscure socio-political ramifications of being born and bred in such a world.

Other novels such as Gregory Maguire’s ‘After Alice’, and Vanessa Tait’s ‘The Looking Glass House’ are also worth a mention. Maguire’s novel toggles back and forth between Wonderland and Victorian London, which makes for an interesting comparison between the two worlds, whilst ‘The Looking Glass House’ takes us back to the beginning of it all. Telling the tale of Charles Dodgson (Lewis Carroll) and his inspiration Alice Liddell, the novel explores the creation of Wonderland with a lovely lyrical narrative and vivid imagery fit for the fantasy world itself, but the characterisations aren’t overtly strong or gripping. That being said, there is a disturbing element to the novel which has acted as a talking point. I read reviews which were horrified by Dodgson’s relationship with Liddell, complaining it was outrageous that the paedophile theory might be at play, but this is perhaps the bravest aspect of the piece. Tait certainly hints that Dodgson is in love with Alice; it’s tricky to tell if she intended it to be platonic or romantic, but nevertheless, Tait – who is in fact related to Alice Liddell – doesn’t shy away from the fact there was something there which was questionable. As we’ll never truly know what happened between Dodgson and Liddell – other than he possessed naked photographs of her – it is up to personal opinion whether it was innocent or detestable, and although none of us like to be reminded that ‘Alice in Wonderland’ could have come from a place of such abhorrence, Tait’s ‘The Looking Glass House’ is certainly worth a read for anyone interested in the origin story.

So to come back to my opening question: is it time for ‘Alice in Wonderland’ to be retired? No. Although Dodgson is a questionable character, who may or may not have been Jack the Ripper (yes that is a very real theory founded upon no substantial evidence whatsoever), and despite the constant regenerations of the story, it is an everlasting world which remains relevant to today. Perhaps the story of Alice falling down the rabbit hole is now over-written, but there is plenty about Wonderland to still be explored and a catalogue of characters with mysteries to be unravelled through good writing, vivid imagiation, and deep-rooted connections to the original text.

Wonderland is all about the dreamers, and as long as the world needs dreamers, we will always need Wonderland.