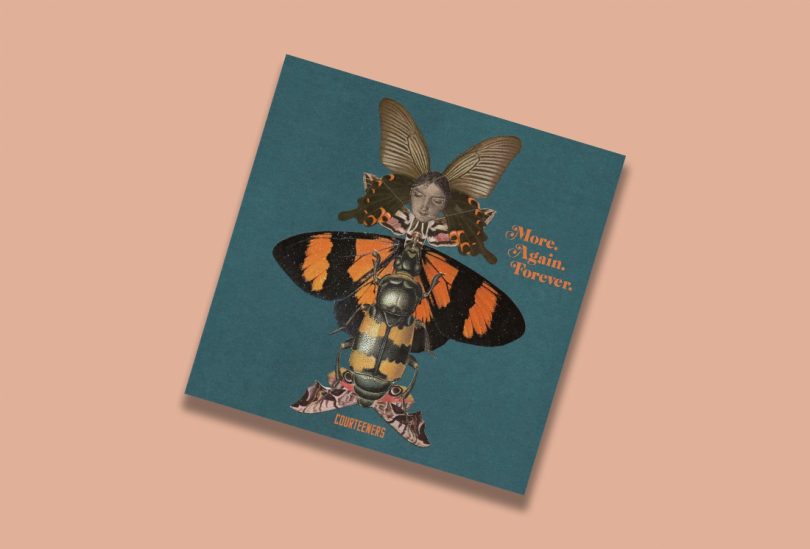 Manchester music is run through with dancey, trancey tunes. A meld of baggy and jangly guitars with trippy hip hop beats at its base. The new album from the Courteeners follows the city’s aesthetic almost to the letter.

That’s not to say it’s predictable, oh no. The Mancunian magic begins with the thumping opener ‘Heart Attack’, which is a bit like St Jude on a caffeine binge. The title track wasn’t to my taste, initially, but it has grown on me. In the context of the album, it fits well. ‘More Again Forever’ is a bassy stomp through the mind of Liam Fray, a song with a catchy chorus. It dangles a hook into the water and refuses to relent until it has captured something.

A definite stand-out is ‘Better Man’, a real acoustic yearning to being a better person- obviously. The song reminds me a little bit of the more slow and soppy Courteeners tracks on Falcon. The fretwork flickers and frolics in a Johnny Marr-esque style, almost as if the Smiths have been transported into Liam Fray, like the little alien inside in Men in Black (there’s a topical reference for you, when was that released, 1997?).

‘Hanging Off Your Cloud’ is a melodic track about a girl. How many of their songs are about a girl who dumped him when he was 17 in Middleton? It sells. It makes for good music. It’s all about pogoing up and down in your parka and Samba trainers. This may not be the song to do that but the album itself is quite a punchy effort, very different to their most recent release which, again, had the spirit of the Hacienda and the industrial roots prevalent in all music from Old Mancunia.

It’s better than being bored by Lewis Capaldi or having to endure the latest bubblegum pop effort from a Bieber or a Gaga or a Barbadian spewing nonsense into the musical ether. This is real. ‘One Day at a Time’ is a classic slice of Courteeners. “Stop shaking your fist at the sky, it’s only you that’s making you cry…” is a quality line that may end up being a memorable and definitive lyric. Again, it’s quite reminiscent of the earlier band.

However, this album is no backwards step, it is a push forward into making the UK’s premier underground indie band into a massive success. Six albums in, I know loads of people who claim they’re quite indie and not mainstream who have never heard of the Courteeners. This will change that travesty.

Manchester music trills with the sound of rain and pills, a grey sky leads to sodden raincoats and generates a need to stay indoors, doing music. ‘Is Heaven Even Worth it’ closes the album in a sombre yet sublime way. It bottles a mood. It captures a feeling. The hook it waggled around has well and truly penetrated the skin, getting its barbed end clinging like a limpet to the bloodstream.

The Courteeners have become a part of you. They have been a part of me since I first heard ‘Not Nineteen Forever’ all those years ago, jumping about spilling cheap cider on my desert boots.

It’s a good one, a thumping and pumping album full of quality.

I highly recommend this one.