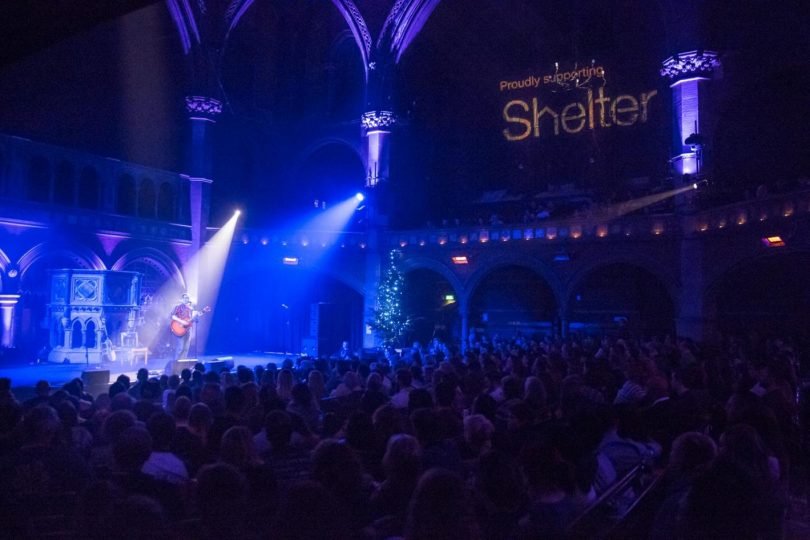 Don't call it a comeback, Ben Marwood once sang. Whatever you want to call it, he's back with album number three, Get Found, and it was certainly worth the wait.

“I was still trying to date and work and arrange replacement shows for the ones I cancelled," says Ben. "But in the end, I had to admit that broken humans can’t do what they feel like. Mind over matter only works if your mind wants to play ball.”

The break certainly provided some creative bonus' though and Get Found was the product of that time away.

The album gets going, after a short sweet introduction, with 'The Church Of No Commandments', and it's like he's never been away. That energetic folk-esque guitar sound matched with clever lyrics kicks in from the get-go.

"And if life lives on forever like you kinda hope it would. Take the bottom from the barrel, take great and leave the good. And we'll sing through every chorus as if we can stave off death."

That positive and uplifting vibe that his music has always had, even if some lyrics aren't always so, echoes throughout many of the tracks on Get Found. 'Nights' and 'The Devil Makes Work For Jazz Hands' are perfect summer tracks and, if he appears at any festivals this summer, are the exact sorts of songs that you can imagine listening to with a pint in hand and the sun high in the sky, surrounded by friends and loved ones.

'Enraptured' and 'DNFTTS' provide real highlights in the softer edge there is running through the album. The feels a real sense of reflection on Get Found, more so than on the previous two albums. The beautiful piano sounds on 'DNFTTS' may not be what fans of Ben are expecting but are sure to still fall in love with. So many of these softer tracks on the album provide a soundtrack to that other side of summer; the relaxing lazing around in the countryside or on a beach, no stresses present.

Album closer, 'Friends, Close', is the real standout. It is the perfect Ben Marwood formula track and does exactly what you expect. It's that balance of beautiful lyrics about real friendship and minimal yet just enough guitar sounds. It's very easy to see that this will become an album favourite for many.

"We keep our friends close because we're going to need them. We keep our heads high so we don't all drown in the rising tide."

Get Found is sure to be a hit with Ben Marwood fans and should easily entice more in. It's bloody great to have him back.