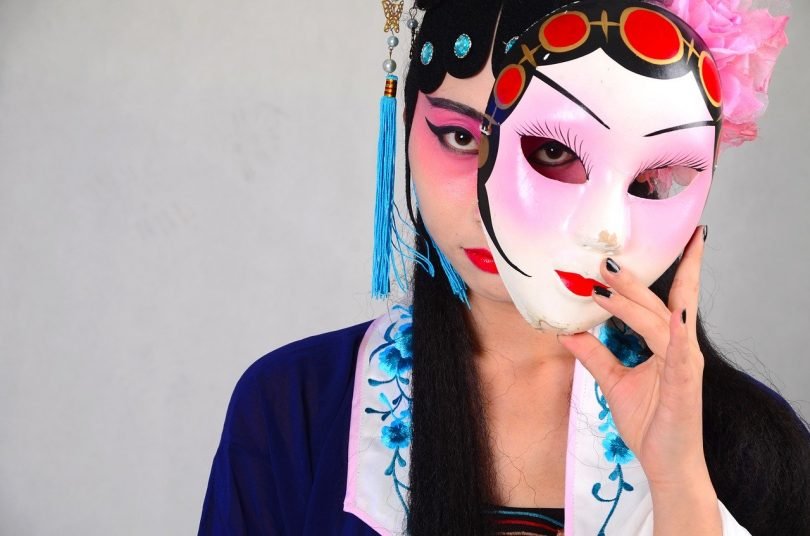 A common pattern throughout the history of military affairs is that the introduction of new technologies often leads to tremendous changes in the way that states conduct themselves in international affairs, and this of course includes the battlefield. Previous leaps in military technology have usually derived from broader patterns socioeconomic change affecting the majority of society. In previous eras these have included the steam power of Britain’s industrial revolution, the development of nuclear technology around WWII leading to the atomic bomb, and more recently the integration of information technology to network all the military services into what in military lingo is known variously as “joint warfare,” or network-centric warfare, on full display in the overwhelming superiority of U.S. forces against Saddam Hussein’s invasion of Kuwait in the First Gulf War. Based on current trends the world of the 21st Century will likely (if not already) witness a new round of technology altering the way that military power is wielded.

In recent years a slew of commentators and experts have increasingly recognized that the next cycle in this pattern will be the introduction of artificial intelligence (AI), quantum computing, big data, and a variety of other technologies that will change the way that all of us conduct our lives. Considering the current balance of power in international politics – which will probably become more salient in the coming decades – the states that will most firmly set the tone for how AI and other next-generation technologies are incorporated into military doctrine are the U.S. and the People’s Republic of China (PRC), as these great powers are the ones making the greatest investment of resources into securing the advantages of these emerging technologies.

Racing for the summit

In an attempt to become the lead pioneer in the employment of AI to military uses, the Xi administration is allocating significant resources to turn its economy into the global leader in the technology. This is due to recognition that AI may have a transformative impact on how military power is wielded, and that falling behind in this regard might endanger the geopolitical security of China and the Communist regime, especially by the U.S. The Pentagon has since 2014 been focusing efforts in research and development on the so-called Third Offset-strategy, intended to utilize new technologies – such as AI – to counter China’s development of A2/AD-technologies (anti-access and area-denial) meant to minimize the range at which U.S. forces can operate more or less unimpeded in East Asia and especially close to the Chinese mainland.

On its part, the Chinese leadership of Xi Jinping introduced in 2015 the “New Generation AI Development Plan” seeking to position China as the leader in AI by 2030, turning the country into the “premier global AI innovation center” by pumping 1 trillion RMB ($150 billion) into the AI-industry until 2030.

The Chinese AI plan constitutes a component in a broader grand strategic framework containing several other related initiatives meant in sum to solidify China’s position as an emerging superpower. In 2015, China’s State Council – the primary executive organ of state power in the PRC – enacted the “Made in China 2025” initiative which in the words of the Congressional Research Service of the U.S. Congress “is the latest in a series of ambitious state-led programs introduced by the Chinese government that seek to modernize the Chinese economy, boost productivity, and make innovation a driver of economic growth.” One of the core focus areas is AI, cutting across the 10 targeted economic sectors in the plan, such as intelligent manufacturing, robotics, and autonomous systems. As the plan includes mandatory targets for domestic production of such critical technologies, it has generated consternation in Washington policy circles. U.S. Trade Representative Robert Lighthizer commented in 2018 that “China’s government is aggressively working to undermine America’s high-tech industries and our economic leadership through unfair trade practices and industrial policies like Made in China 2025.”

Of particular concern to policy-makers at the Pentagon is the Chinese military-fusion doctrine which seeks to break down the barriers between private sector industry – the primary innovator in AI – and the military to facilitate transfers of so-called dual-use technologies for military purposes. If one is in doubt as to the ambitions of the Xi administration with these grand policies, official rhetoric seems to provide some context. Xi Jinping has previously exalted the People’s Liberation Army (PLA) to “strengthening the military through science and technology.” According to Elsa Kania of the Center for a New American Security:

“Xi has urged that China “seize the high ground” and “vigorously advance military innovation,” which requires technological innovation and “unceasing innovation” in military theory, thus “closing the gap” with the United States as rapidly as possible.”

As to the strategic thinking within the PLA concerning the application of AI, Kania notes that the PLA intends to compete vigorously with the United States to seize the advantage in what Chinese theorists predict will be the future paradigm in war – “intelligentized warfare”:

“the PLA intends to “seize the advantage in military competition and the initiative in future warfare,” seeking the capability to win in not only today’s informatized warfare but also future intelligentized warfare, in which AI and related technologies will be a cornerstone of military power.”

While the term “intelligentized” may resemble something like a figment of the imagination of a sci-fi author, the concept is intimately bound up with what PLA thinkers perceive to be the future mode of warfare and, more interestingly from a policy perspective, the principles derived from this that will lead to an edge on the battlefield of tomorrow. Intelligentization essentially means advancing what the PLA believes to be a current ongoing revolution in military affairs characterized by the integration of information technology to connect all command and control structures, weapons systems, and combat units across all services on the battlefield to generate what military theorists call situational awareness, that is, complete knowledge of what goes on the battlefield everywhere at all times. Of course, the key component is AI, as the technology will be able to collect information, analyze the situation from this, and calculate the optimal response with speed and accuracy which go well beyond human cognition. According to Kania the PLA believes:

As a result of this perception the PLA “seeks to advance toward deeper fusion of systems and sensors across all services, theater commands, and domains of warfare.”

While intelligentization at this point still remains a theoretical abstract, the Chinese military establishment is evidently making strides to reform its organization and operational doctrines to lay the groundwork. In terms of organization, the Xi administration promulgated a wide-ranging reform program of the military in 2015. One of the more significant changes was replacing the 7 “military regions” (MR) which had served as the geographic division of command, with 5 “Theater Commands” (TC). Where the MRs were heavily dominated by the army, the TCs are meant to establish a permanent joint operations capacity, meaning that army, navy, and air units will work as a unified, connected whole, as opposed to separately.

This is very much connected to efforts at developing new operational concepts to guide military strategy. Starting in the 1990’s, PLA theorists have been envisioning the development of the twin concepts of “integrated joint operations” (IJO) and “system of systems operations.” IJO is conceived as networking all military platforms, structures, and units on the battlefield with the intent of speeding up the military’s decision-making cycle. Kevin McCauley of the Jamestown Foundation in Washington D.C. describes it in the following way:

“It is the integrated functioning of the various information systems providing information fusion and linkage between informationized weapons and equipment, and joint forces that is required to generate increased combat effectiveness that will enable IJO.”

In other words, by being able to respond to events at a moment’s notice, with every component of one’s force connected to one another, can lead to an incomparable advantage over the adversary.

The system of systems operations concept should be seen as the building block underlying IJO, being the way that the battle will actually be fought. Based on close studies of American performance in the First Gulf War, PLA theorists concluded that contemporary war is not determined by the ability to physically conquer the enemy’s territory, but by your system gaining superiority over the enemy’s system. Thus the theory goes, the more efficient your overall military system relative to your opponent’s, the greater your chances of emerging victorious. As McCauley states:

“The PLA intends to use system of systems operations to unify forces down to the tactical level through information technology to create seamless networked information systems that will generate increased combat effectiveness … based on the integration of the armaments and equipment of entire units and entire systems at different echelons, grouped into flexible structures, and in different ways to create a synergy boosting overall capabilities and combat effectiveness.”

PLA theorists clearly contend that the side which most efficiently succeeds at embedding every component of one’s force within an AI-empowered network will be able to overpower an adversarial “system of systems.”

Thoughts for the future

Despite the complexity of the issue, if history serves as a guide, the outcome of the competition between the U.S. and China for predominance in the field of high-technology will likely have the potential to alter the international balance of power. While the Chinese leadership has so far refrained from naming the U.S. the subject of its military modernization, its focus on developing the capability to fight highly technological conflicts of the first order can logically be directed only at the single other state in China’s neighborhood with the same capability – the U.S.

As the security dilemma between the U.S. and China deepens along several domains of power, with the 2018 U.S. National Defense Strategy labeling China “a strategic competitor” seeking “to shape a world consistent with their authoritarian model”, and increasing efforts by the Chinese leadership to assert what is perceives to be its geopolitical rights in the East – and South China Seas, the competition for leadership in the military-application of AI technology will likely become more salient.

Whether AI will constitute a revolution in military affairs, or simply modify existing modes of warfare, is still too early to predict, but if China succeeds in bringing about its vision for its military the very way that we perceive the international balance of power may change more rapidly than we think.