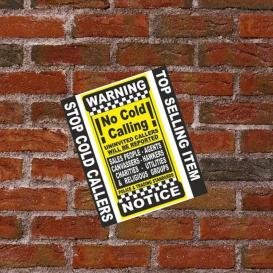 Somewhere in the back of my mind I’m sure I was taught that being polite to customers is the first step in building up a rapport with them. Seems logical doesn’t it? Even more so if you are trying to sell them something. Last week I met a man who seemed to believe that throwing insult after insult is the way to a woman’s purse.

Psst…Wanna buy an ironing board cover?

There I was happily eating my lunch when there was a knock on the door. Peering through the spy hole I assessed the young guy, possibly aged twenty, clean, smartly dressed with a large bag and decided I’d hear what he had to say. (And don’t think I just answer the door to well-dressed folk; I had a stranger on the door, not the best dressed, the other day who wanted his shirt ironed for a funeral…which I did.)  We have quite a few salesmen in the area and they are usually good for a chat. In fact the last one who wanted to replace my door and windows, despite us having done that not three weeks before, offered me free hugs…he couldn’t get off the doorstep quick enough when I agreed to that one!

I consider myself a fair person so was happy to listen to his spiel. He was quite nervous I think, as he leapt straight in to opening his bag and telling me what he had to sell without any time for a hello etc. Fair enough, I expect he’d had the door closed early on him a few times. He was trying to make money for his college funding and began to tell me that my neighbour had just bought an ironing board cover and he asked after mine. Truth be told, rather like my windows I had replaced it three weeks ago. “Well, we’ve got all sorts in here, microfibre cloths for your computer screens, cleaners for the iron to take off the stubborn marks … and handkerchiefs for the ladies!” At the handkerchief remark I began to think I’d opened the door and slipped into the 1940s….and then it was confirmed with the follow up, “Is there a man in the house? We do chamois leathers, brilliant for the car.”

“Excuse me,” I piped up with a smile on my face, “I clean my own car, thank you.” (Not very often I admit, but that’s probably because I don’t have a chamois to dry it all to a sparkle and also beside the point.) He dug his way out of his comment with an apology and remarked that all the men in the street had been asking for chamois’.

As he turned his goods out of his bag I began to see that there was nothing I really needed from him. I politely asked how much something was (with the possibility that maybe I could put it to good use), and told him that I wasn’t able to afford that particular item. Since he was allegedly saving for college I began to think I might just make a small donation… after all I know what it’s like being a poor student…when he came out with a mouthful of complete nonsense.

“I thought, since you have the cleanest garden on the street (do I?) And you are the cleanest person I’ve seen, I’d get something out of you. There are people along here not as clean as you and they’ve spent over twenty quid. But I guess that’s why you’re rich and they aren’t.”

“Well you look clean. You keep your garden clean” (Will you lay off about my garden!) Trying to diffuse his mood change I asked him what he was studying for at college. “Plumbing. I’ve already got my apprenticeship so I’d have been able to help you with a dripping tap or a dodgy pipe…only I won’t now, because you’ve not bought anything.” And with that he packed up his bag, placed it on his shoulder along with his almighty chip and off he went.

I’m assuming nobody in the street had bought anything hence his mood. Not even the supposed ‘unclean’.

So a piece of advice to door to door salespeople…don’t insult the customers. Be more like this guy:

I decide to ask around at Kettle if anyone else had been troubled by bad tempered salespeople and was relieved to find it wasn’t personal.

Kirstie Keate, our Business Editor, had the joy of being told by an energy salesman that she obviously preferred to look at the “pretty colours” on her bill rather than the “really difficult numbers.” Pretty insulting for a woman who had spent a good few years in the City doing risk calculations for global corporations.

Of course not every salesperson is rude, sometimes the customers get in there first. Leon, Owner of Red Chilli Publishing and Editor at Kettle was selling door to door for three years and being rude to the customers was, “not an option…nor was there any need”. He told me that the majority of customers were polite although one man answered the glass fronted door in a filthy mood. “He shouted at us, slammed the door and through the glass we saw him put his foot in a bucket and fall flat on his arse.”

Damn. If only there had been a large bucket lying around my front garden for that guy to step in. Unlikely though, what with me keeping it so clean…;)