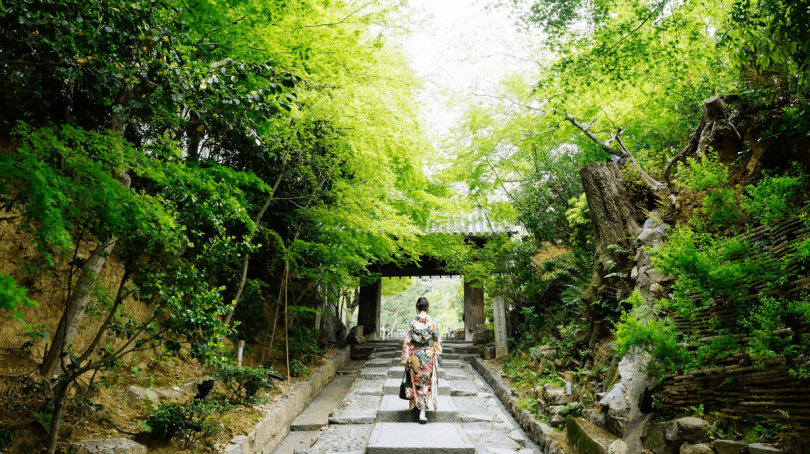 Miyazaki lies on the south eastern edge of Kyushu, Japan. It is a mostly agrarian prefecture and its links to the rest of Japan mirror that of Cornwall in the UK. There is no Shinkansen (bullet train) to Miyazaki, but that’s not uncommon in Kyushu. It will take you approximately 4-5 hours to drive from Fukuoka, Kyushu’s biggest city, to get to Miyazaki City. You can fly, but that will be more expensive and unless you plan to stay only in Miyazaki City, you’re better off renting a car.

As soon as you step out of Miyazaki Airport, you will see buildings not much taller than three or four stories, and then your eyes are drawn to the 45 floor, 1200 room Seagaia skyscraper. The grey high rise looms over the City casting a shadow similar to the alien ship in Independence Day. However, the colossal structure is not the only staggering structure that has stood on this site. The 500 acre of what was once pine forest also hosted the Ocean Dome, which held the Guinness World Record for the biggest indoor waterpark. It had the biggest retractable roof in the world and contained an artificial volcano, a wave pool, water slides, exotic dancers and water with controlled temperature. Along with the remains of this now demolished superstructure, the site is also home to two golf courses acres, “Onsen at Shosenkyu”, “the Banyan Tree Spa”, and eight cafes, restaurants and bars and a huge convention centre.

Given the earlier assessment of Miyazaki, you might be confused as to why all of this was dropped into the area, and that is a totally valid line of questioning. In order to go some way to understanding the logic behind this, you have to reverse to the late 1980s. The Seagaia project was the brain child of both Muneyoshi Sato, former President of the Phoenix International Tourism Group, and former Miyazaki Governor Suketaka Matsukata. In this period, Japan was going through an economic boom where excess was everything. Construction of the resort took approximately 5 years, with the Ocean Dome opening just before the hotel. At completion, which was celebrated with a concert by Sting, costs were at just under £2bn. Initially it was an exciting resort, planes filled with customers arrived in Miyazaki, but as the economic bubble burst, these visitors dried up.

The Ocean Dome alone required 2.5m visitors per annum with a total 5.5 million resort wide. This is a colossal number of visitors considering the poor infrastructure in 2019, let alone 1990s Miyazaki. However, the numbers did reach 5.7 million in 1996 but fell to 4.4 million a decade later. The root of the problem with the ocean dome was said to be because it was built so close to the coast, which does seem ludicrous. However, the shores close to Seagaia are not safe for swimmers, so you would think it might be a good idea to build an indoor beach for swimmers and surfers. Although you can swim in some of the beaches along Miyazaki’s shores. Potentially if the Ocean Dome was built on a slightly smaller scale, maybe missing out the volcano or largest retractable roof in the world, it might still be standing.

A good example of this might be The Luigans, a resort just outside of Fukuoka City on the island of Kyushu. There are shuttle buses that will bring you too and from Hakata, Fukuoka City, or you can drive yourself there. This resort is very similar to Seagaia, it is next to the sea, it has a spa, museum, it offers wedding packages and has a couple of pools. This resort, among many others throughout Japan, seems financially stable and this is likely because it has by no means overstretched itself. It is very reminiscent of Seagaia and just as enjoyable.

The resort registered as bankrupt in 2001, with all of the blame being put solely on Mr Sato. Many different foreign companies were interested but it was picked up by Ripplewood Holdings a private US equity firm for around £157m. Sheraton were brought in to run the resort. This was due to the fact that after the economic bubble burst in Japan, Japanese assets were available at attractive prices. However, as economic growth slowed down, the Resort was sold to Sega Sammy Holdings. Their pedigree in video games, it is an interesting acquisition and this change of ownership will explain the concentrated investment in the Resort in recent years.

This is evident by the efforts made under the Sheraton management to improve the resort in recent years, including a renovation in 2017 which saw 96% of the rooms in their ‘flagship Sheraton Grande Ocean Resort’ re-modelled. Further to this, the ‘Club Floor’ was introduced, in which you can enjoy rotating sofas, fitted pillows and enjoy Miyazaki’s famous trout. The apparent motto of Seagaia is ‘the most delicious resort’ and Sheraton have recently hired two new chefs and a famous Japanese writer to instil this within their resort. The Beef Atelier Ushinomiya is supervised by Mr Koyama Kundo who has won awards for some of the films he has co-written. The restaurant has only six seats and serves beef from Miyazaki, which is famous throughout Japan. Sheraton seem to be trying to move the poor image that has loomed over the resort for the better part of a decade. In my opinion, trying to establish the resort as a relaxing, luxurious, yet still expensive, stay with incredible natural surroundings is a good way to go. I have visited the resort a number of times and I have always been impressed by the not only the professionalism and attentiveness of the staff, but the grandeur evident throughout the resort.  It definitely appears to me that there could be a chance for this resort.

As part of the 2017 renovation, this saw the demolition of the il-fated Ocean Dome, along with the Pony stables. However this has enabled the resort to focus more on its hotel, convention hall and golf courses. Currently it is the official Tokyo 2020 Olympics Triathlon training camp and hosts an Annual International Music Festival. It has also previously hosted an G8 summit of foreign ministers in 2000. It would not be hard to imagine that if a Miyazaki was linked to Fukuoka by Shinkansen and with the resort now focusing on its more realistic assets, it could in the future become quite profitable. There is no doubt that, as described above, it boasts incredible facilities and with the recent renovations there is a concerted effort to improve the resort. It would be easy to criticise both Mr Sato and Mr Matsukata for their lack of realism and vision but they were certainly not alone. What is now known as the ‘burst’ of the economic bubble in the late 1990s shocked Japan as a whole, many losing thousands or hundreds of thousands overnight. This period is now viewed as a lesson be learned from.

Unfortunately for Miyazaki, the Shinkansen doesn’t appear to be arriving any time in the near future and if Segasammy’s shareholders drop their interest, it could go the way of the Ocean Dome. However if the Segasammy Holdings and Sheraton partnership manages to turn this resort around, the legacy Mr Sato and Matsukata intended for Miyazaki could bear fruit.