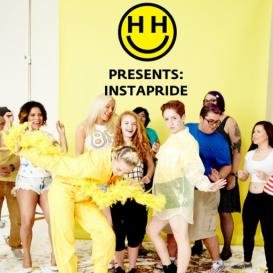 Miley Cyrus is on a mission to change the way we view gender and sexuality, using one photo and story at a time.

The singer is against using only specific labels of boy and girl, she tells Time, and last Monday she launched “#InstaPride”, a two week Instagram campaign in partnership with the Happy Hippie Foundation. The projects main aim is to raise awareness of gender expansion and change gender ideals.

Miley shares photos of people and their stories on her own Instagram page, to showcase their personal strength in the face of adversity and support those who fit along various points of the gender spectrum.

The first of the stories to be shared came from Leo, who told the world of Instagram how uncomfortable he used to be, hiding from who he was. His true freedom came when he finally transitioned. He identifies as a trans man and shared the beauty in embracing who you are.

Next came Tyler, a creative lover of poetry and reading, who identifies as agender and has pronouns of they, them, and theirs—an example of how the current gender identification system is far too rigid. Miley is among those who are against the boxing of genders, and this notion made Tyler feel trapped. Now, with campaigns such as this, awareness means that “gender fluid” and “agender” are terms people like Tyler can use to express who they truly are. This fills me with hope and I am enthralled that true gender identification is being given the discussion it deserves. Projects such as this, I feel, are a real way to challenge out-dated gender roles.

Third along this project came Gigi, a youtuber and fashion and beauty expert who shared her transition to a heterosexual girl online with her viewers in a video called “I Am Transgender.”—which gave her the acceptance and validation she needed to know she is on the right track.

Finally and most recently came AJ, an 18 year old Pizza Delivery Boy who is a transgender male. Crucially, he made the point that transitioning didn’t change who he was, how he dressed or how he looked, only his name and pronouns. He understands the need to educate people so that they have more knowledge of gender. 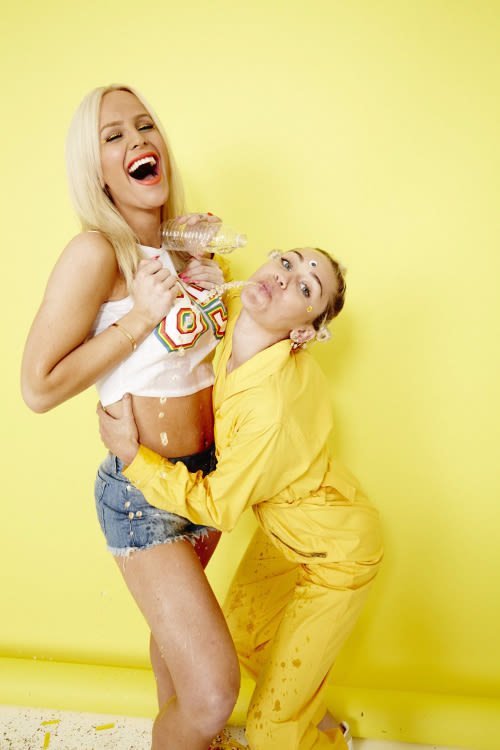 The importance of sharing these stories with you here is so you can experience the project in the same way I did. Not only you feel you are delving into the lives of these bright brilliant people, you also understand that this campaign is not faceless and generic, it’s a promotion and acceptance of people’s personal fight. The best part is you can experience this as part of your daily scroll through Instagram.

People are critical of what they do not understand, which is why we need more campaigns like this to share a person’s experiences and feelings. There are many preconceived and inaccurate opinions made about transgender people, and Time found that hundreds of LGBT Americans are harmed each year.

It is extremely beneficial that famous faces, especially people like Miley with such a huge fan base, feel able to talk about and share their true identities. It is even more important that people currently struggling to share their true identities see that other people are embracing who they are, as they will be more likely to feel they can do the same. These campaigns tell people that the socially constructed boundaries of genders are dissolving.

However, the issue is that people can be closed minded, as shown by horrific and disgusting jokes made by some people about Caitlyn Jenner’s transition. Campaigns and projects like this may not change these hateful people, but they may challenge their bias and increase their understanding of gender.

The Happy Hippie foundation, set up to support LGBT and homeless youth, is aiming to make people “learn more about the power of acceptance, self-expression and freedom, no matter what our gender identity.” AJ said that he had only ever met two transgender people in his life, so being involved with this project and a room full of people who shared similar experiences was like being home.

Therefore, this project kills two birds with one stone. It makes people feel comfortable and confident in who they are—allowing others to feel the same, and teaches other people about the topic. To challenge stigma we need alternative views to be pushed forth, and giving ordinary people the platform of a famous personality and a multi-billion pound social media site to have their voices and reliance heard is a step towards breaking the gender mould.