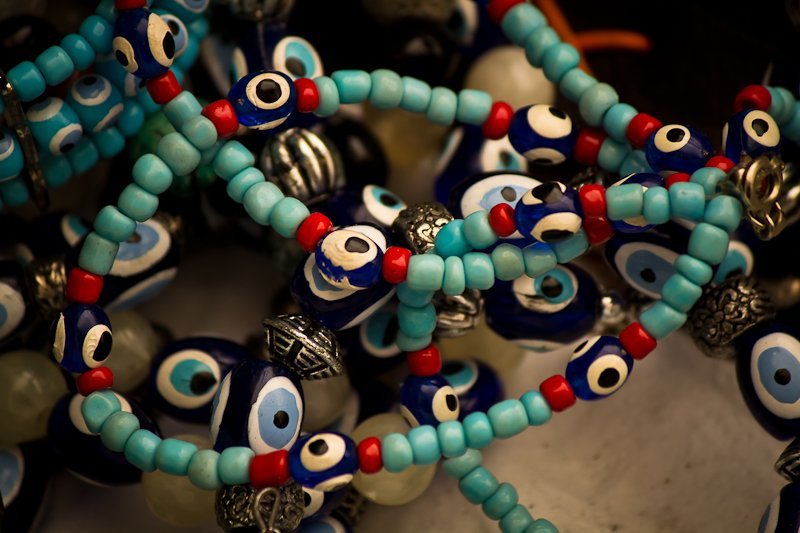 Merhaba! (Hello!). My name’s Megan, I’m currently participating in the Erasmus scheme and experiencing all that Turkey has to offer. In the same way that the most important lessons, while attending university, often happen outside of the classroom, so too does it apply when studying abroad at Bilkent University. This is just a snippet of the  things I’ve learned in my four months being an exchange student.

The adventure begins before you board the plane.

Naturally, one doesn’t find themselves waking up the next morning suddenly in a new country. In our modern world, paperwork and application forms reign supreme and going through the process can teach you a lot about yourself. First, applying for the Erasmus scheme meant having to state my case to my university department, which makes you ask yourself, ‘what are your best qualities?’ and ‘what is your game plan for the next few years, if not for the rest of your life?’. By some miracle, I was accepted onto the scheme and the battle against bureaucracy began. In order to enter Turkey, I first needed to get a student visa for entry. This is easier said than done when not only are you applying using out-of-date government websites, but also people are unable to speak English in the international call centre and they are working against a dwindling time limit. I ended up visiting the London consulate four times in order to get my visa approved, which cost me over £500, and that wouldn’t even cover my entire stay. By the time September rolled around, I felt like I knew Knightsbridge like the back of my pale freckled hand and with that I boarded a midnight plane following a parting hug from my parents. I was ready to take on the world, or so I thought.

Your mishaps make great stories and can help others

It’s not uncommon for travelling to be stressful at times, but my first two weeks almost felt like a baptism by fire. Not only did waiting alone in the airport for hours on end stress me out, but this was also followed by an introvert’s biggest fear: first introductions with a language barrier. Imagine when the teacher asks you to tell an interesting fact about yourself to the class, then crank it up to eleven. Any anxious feelings were heightened only a few days later when I no longer had my phone. I suddenly found myself frantically pacing around the shopping centre, visiting the security booth and having to learn on my feet how to buy a new phone in Turkish.

Even after an amazing weekend sailing over the sapphire blue waves of Fethiye with new friends, Lady Luck still showed me the proverbial middle finger when I developed a foot infection from an insect bite. This was only worsened when it was later scratched and had swollen with an intense burning sensation. I will not deny that I was scared as hell when I found myself in the university health centre with my foot placed in an x-ray machine, whilst being positioned with a nurse I struggled to communicate with. Luckily things worked out thanks to the amazing compassion and effort of the medical staff. I still have a scar on my foot. All that aside, however, these experiences not only spiced up conversations, but I was also able to apply it and help others. Every annoyance etched the critical words into my memory, which I later used to assist my friend when she needed to get help for a bee sting and to explain an issue at the hotel information desk. Not that I want people intentionally placing themselves in unfortunate situations, but it’s good to learn from them.

Kindness is cross-cultural and multilingual.

As mentioned above, a little can go a long way, but this also applies in the mundane moments. In my first semester, I had a roommate who was South Korean and in spite of my years of wanderlust, I had yet to master any Korean. There was a language barrier at first, but compassion can get you through a lot with some persistence. In some ways, I felt a responsibility, not only as someone who tries to be a decent human being, but also as a cultural ambassador. I was one of the few students from the UK. For many students at Bilkent University, this was their first time talking with a British person. We would get each other small gifts and would make each other traditional meals from our respective home countries, Bibimbap tastes phenomenal. Pakistani students would hold American students’ hands to comfort them in times of pain while laying on nurse’s beds. Moroccan students would have beaming smiles after receiving their first ever secret Santa gift. A Brit could turn to a full-time Polish international student when she felt alone and hurt, and for that, I will always be thankful. Regardless of the nationality of my classmates, all that we ultimately want for each other is to thrive.

The gratitude that you exude also manifests itself in those around you, especially when you are a stranger in a strange land. In my accommodation, only a few members of staff could speak rudimentary English, but that shouldn’t deter you from being thankful for their hard work. They were mopping floors at 8am and emptying and replacing our bed linen with crisp white sheets every week. The polite nod I tried to give, alongside the butchered pronunciation of ‘İyi günler’ (Have a nice day) or ‘Kolay Gelsin!’ (Take it easy – a friendly gesture said to those who are currently working) was worth all the anxiousness once I heard the warm response of ‘Sağol’ (Thanks). I still haven’t got my plate back yet from the time I made them biscuits, but that’s beside the point.

The smallest differences are the most surprising.

Rolling mountains and crystal blue lakes can be spotted a mile away on a rolling train. To sit down and talk with locals or to people-watch at a café reveals more than a travel guide ever will. The first day in class, for instance, I sat down and talked to a native student with our tiny paper cups filled with espresso. She was perplexed when I stated that British people put milk in their tea (*gasp!*), whereas I was bewildered at the amount of sugar she proceeded to dump in her tiny cup. I’m not even kidding when I say that I almost cried tears of nostalgic joy when I had my first cup of milky earl grey tea. Going out to eat with friends is easier said than done, especially if anyone is a vegetarian or vegan. You’ll be lucky to find even one vegetarian option in some restaurants, so some research may be needed if you want to wine and dine your way through Turkey.

As a politics student, it was surprising to see an overwhelming sea of red flags waving across the crystal clear blue sky, especially in comparison to the sparse display of union jack flags found back home. The difference in how people talked – usually staring at each other through a thick wall of cigarette smoke – about political groups or founding statesmen, reminded me to stay on my toes and sometimes I found myself with a finger pressed against my lips. During orientation week, I wasn’t allowed to use the two-finger peace sign whilst visiting a mausoleum, as it was associated with a local terrorist group. What I expected you could critique versus the reality was juxtaposed. Even as I type this, I’m running through a list of what I can explicitly comment on, as reporters and students have previously been arrested for speaking out against the government. This shouldn’t necessarily deter you from travelling altogether. In cases like these, it’s recommended to always do a little bit of research before you fly in.

Your progress is so incremental, you won’t even notice.

To master a language, you must learn it one word or even one letter at a time. The same logic applies to skills outside the classroom. Each misstep or cultural difference provided a valuable insight that would compound over time. I went from shuffling behind the Erasmus guides across campus, to blissfully wandering the streets of Istanbul alone at night. A British student can transition from muttering a quiet Merhaba, to teaching local kids about your home country, then later helping German students to improve their conversational English. In a matter of weeks, you can find yourself moving from a constant sense of anomie, to familiarity and soon expertise. I think what really showed my progress was the weekend when my family came to visit, where we also celebrated my brother’s eighteenth birthday. In the span of a few hours, I went from reunited daughter to the main translator, navigator, haggler and tour guide in spite of my jitters. Even at the dinner table, my parents would mention some substantial difference in my confidence, but to me, this was the new norm. Besides, being with the ones you love gives you so much strength, that’s one thing that never changes.

Now that I have a new roommate for the new semester, we’ve been comparing notes. In many ways, it has been reassuring, not only because of our shared grievances over application, but it also reaffirmed my knowledge. Granted, it must be somewhat irritating for the new students around me to persistently hear me cheerfully respond with, ‘you’ll get used to it’ to every question, but that’s what one should expect when taking up my offer for advice. I’ve only been surrounded with these wonderful people for a week, but I can tell that they will flourish like I apparently did and hopefully more. With my time slowly coming to a close here, I hope that with what time I have left, adds to the treasure trove of my precious memories. It will be hard to say ‘Güle güle’ (goodbye), but it will feel monumentally better than never saying ‘hello’.